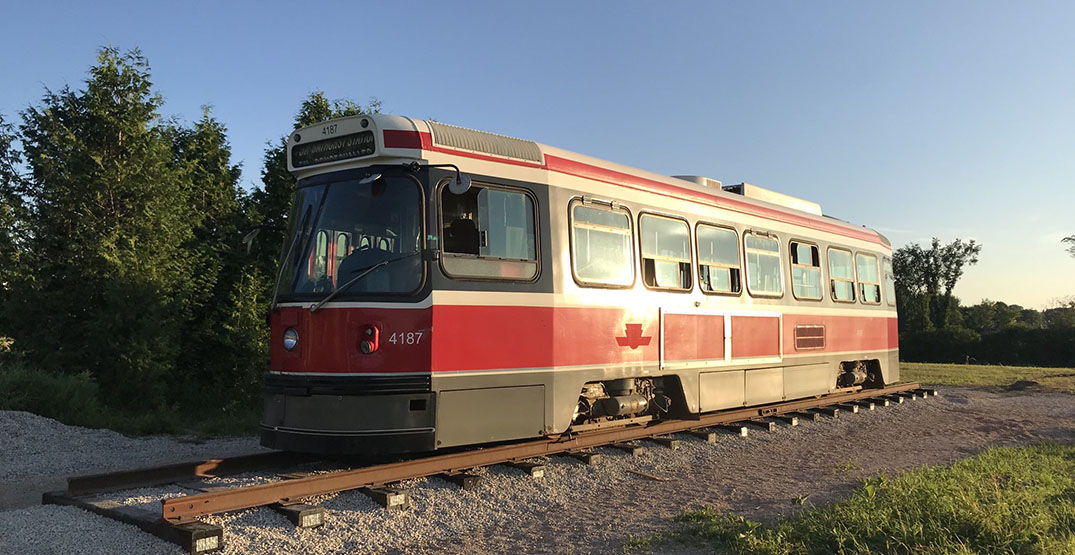 “I’m thrilled to have saved CLRV 4187 from the scrap heap!” Glista tweeted.

TTC spokesperson Stuart Green congratulated Glista on securing the final streetcar, saying it will function as a “monument to our transit past.”

#TTC CLRV 4187 makes its final trip to a farm in Priceville, ON where it will live as a monument to our transit past. Congrats to @AlexanderGlista on securing this piece of history. This is the last CLRV to leave Toronto. We’ll keep two for posterity and use two as work cars. pic.twitter.com/pmMg9080d5

This was the final legacy streetcar to be sold. The TTC is keeping four of them to honour memory of the vehicles that shuttled Torontonians around the city for more than four decades. Two of those four will also be used as work cars, Green said.

Malcolm MacPherson, the TTC’s Chief Supervisor, shared photos of the heritage car being loaded onto a massive truck to make the two-hour journey to Priceville.

“Safe and sound and its new home,” MacPherson tweeted, with the streetcar settled in at Glista’s farm as the sun set on July 31.

Safe and sound at its new home. pic.twitter.com/L8QxyXPKPr