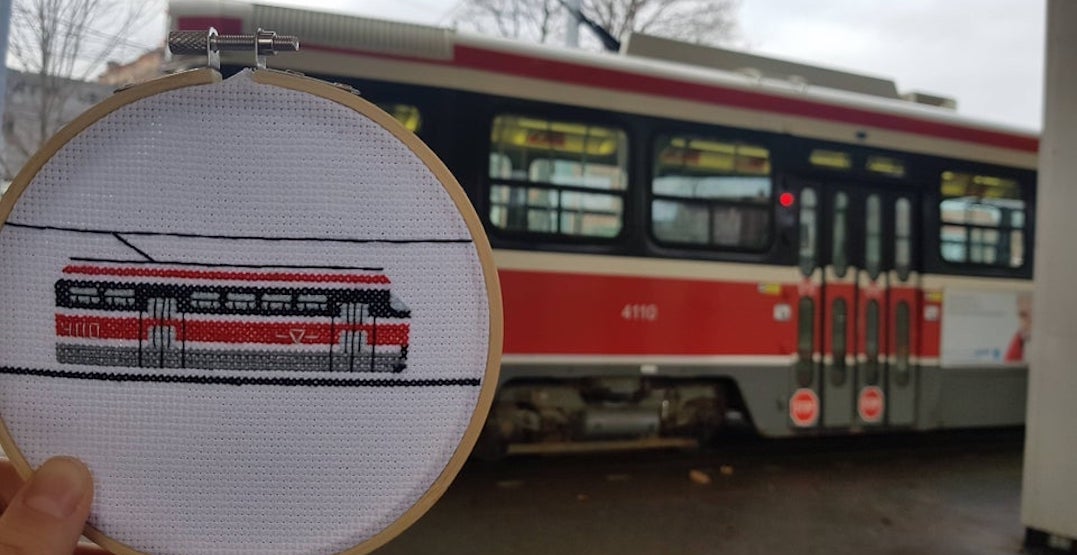 And to honour the old-fashioned mode of transport, one reddit-user created a cross-stitched commemoration of the 511 Bathurst, vehicle 4110.

Made this in honour of the CLRVs being retired. Thanks for 40 screeching, un-airconditioned, and truly classic years, you beautiful beasts. [511 Bathurst, Vehicle 4110 – both of them!] from r/toronto

According to the creator, emij22, the pattern, found here, was created by a Toronto-based designer named Max.

As for getting creative to celebrate the historic streetcars’ final day? User emij22 wrote, “it was a fun way to say goodbye.”