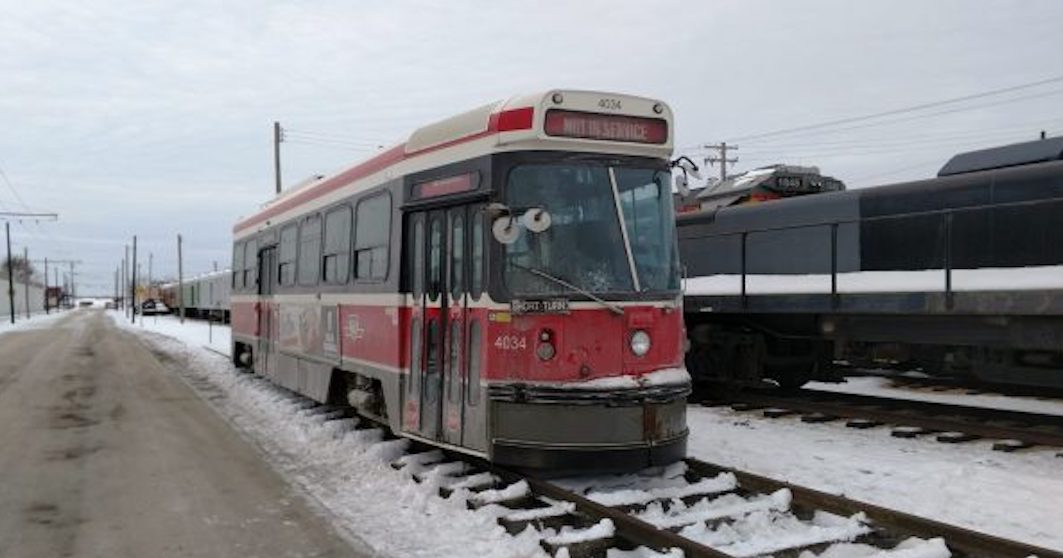 Those with an affinity for the TTC will be able to view one of the last traditional CLRV streetcars ever built in North America at a museum in the US.

Earlier this month, the Illinois Railway Museum (IRM) announced it had purchased a 40-year-old streetcar from Toronto.

“The Illinois Railway Museum is pleased to announce that it has acquired one of the last traditional single-unit streetcars ever built for service in North America,” said the museum in a statement.

IRM said the new addition to its collection will allow it to trace the history of urban rail transport from 1859 all the way to the present day.

According to the IRM, the streetcar is a Canadian Light Rail Vehicle (CLRV), that was built in 1979 by Hawker-Siddeley of Canada.

The CLRV was designed in the mid-1970s to replace ageing PCC streetcars in the few North American cities that had not yet switched to buses.

“It was one of the last single-unit streetcars built, as newer streetcar systems have instead used multi-car articulated light rail vehicles,” said the IRM.

The museum says it intends to operate its CLRV in demonstration service for visitors following work to adapt the Toronto car to IRM’s track gauge.

Stuart Green, a spokesperson for the TTC, said the streetcar was accepted as a donation and the museum was responsible for the transportation and associated costs.

In August, the TTC announced it was going to begin retiring the last of the ageing fleet.

The last of the CLRVs will be retired in December with other special commemorative events planned between now and the end of the year.