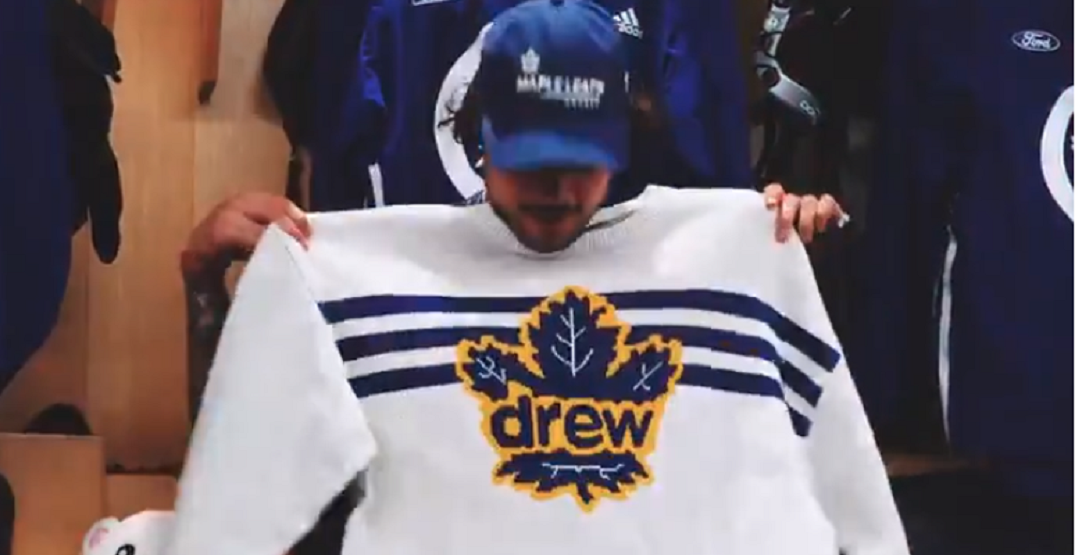 The Toronto Maple Leafs and Justin Bieber are joining forces once again.

Bieber’s Drew brand (taken from the singer’s middle name) and the Leafs are launching a new merchandise collaboration revealed this week.

In a video shared by both the Leafs and Bieber, various sweaters and other pieces of Drew branded merchandise were given to team members.

Auston Matthews, Mitch Marner, Jason Spezza, William Nylander and Travis Dermott all were part of the group of players looking at the new merchandise.

“Is this what we’re going to be travelling in?” asked Nylander.

The merchandise also features the “Honour. Pride. Courage.” slogan that the Leafs have inside their jerseys and plastered on their dressing room walls.

“I’d rock that when it’s nice and cold,” said Dermott about a sweater.

It’s no secret that Leafs’ star Auston Matthews and Bieber have a long-standing bromance, with the pair going to the Conor McGregor-Dustin Poirier card at UFC 264 this past summer alongside The Kid Laroi, Frederik Andersen, and Joe Thornton.