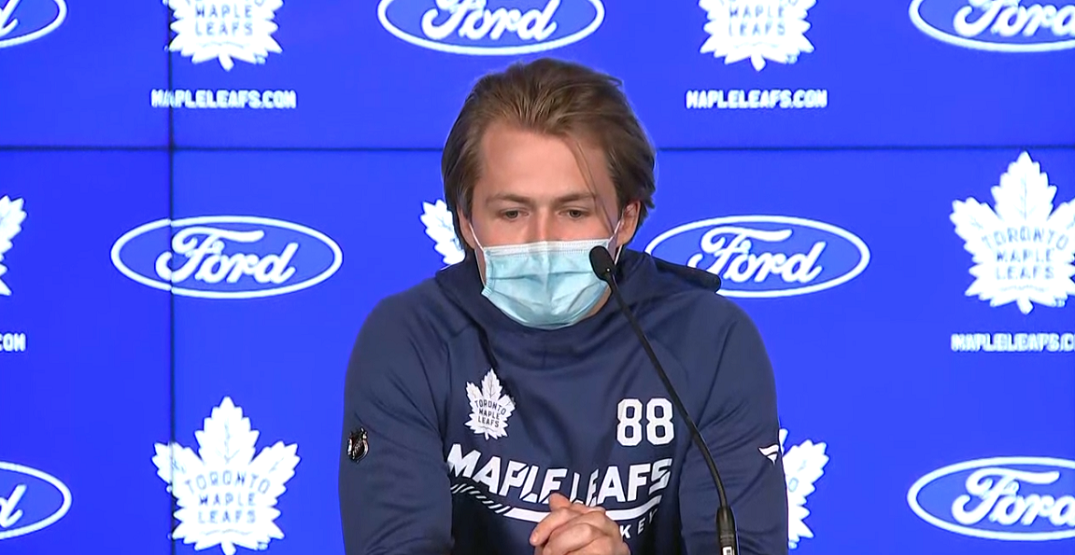 “Obviously you can see I have a mask on,” Nylander said. “I’m not fully vaccinated yet. I had a couple [of] medical things I had [to] take care of. I’ll be fully vaccinated by the beginning of the season.”

Nylander did not disclose any further details on the delay in getting vaccinated, or whether he was spending his offseason in his home country of Sweden.

However, Nylander said he chose to get vaccinated in order to help the team.

“I just wanted to do the right thing. I think being vaccinated is gonna help everybody, help the team and achieve our end goal. It was [a] pretty easy choice,” Nylander said.

NHL commissioner Bill Daly said last week the league expects about 98% of its players to be vaccinated, with stricter protocols (including frequent mask-wearing) being required for unvaccinated players.

Nylander added that his lack of being fully vaccinated wouldn’t affect his on-ice status in training camp.