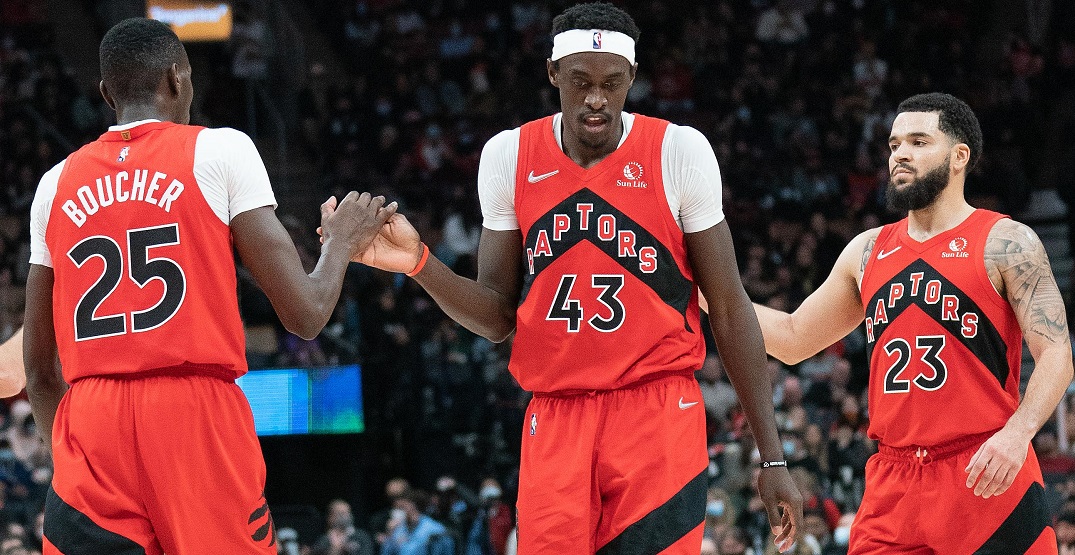 The province announced Wednesday that Toronto Raptors and Maple Leafs games would operate at a reduced capacity in order to help curb the spread of COVID-19.

Beginning on Saturday, December 18, the teams will play at 50% capacity for the foreseeable future.

The ruling, which is in place for any sports or entertainment venue that seats over 1,000 people, also applies to the Toronto Marlies, Toronto Rock, Toronto Six, Ottawa Senators, and the seventeen Ontario Hockey League junior teams based in the province.

“This measure is being taken to reduce opportunities for close contact in high-risk indoor settings with large crowds and when face coverings/masks are not always worn,” the province said in a release.

COVID-19 outbreaks have been spreading across locker rooms in both the NBA and the NHL, with the Raptors and Leafs already each having had one game cancelled so far due to outbreaks in the Chicago Bulls and Calgary Flames organizations.

The Raptors were scheduled to host the Bulls Thursday, but the game has been indefinitely postponed. Their next home date is Saturday against the Golden State Warriors, with tipoff set for 7:30 pm. For the Leafs, their next home game is Thursday, December 23, against the St. Louis Blues, with a 2:30 puck drop.

“Our ticketing team is currently working through the logistics of implementing this change and will provide follow up details to all ticket holders within 24 hours,” MLSE said in a statement. “MLSE’s venue operations team will implement an enhanced mask protocol within the venue beginning with Saturday’s Raptors game called “Operation Mask Up (or out)” that requires all attendees to strictly adhere to all mask-wearing protocols or risk ejection from the building.”

The Leafs have averaged a capacity crowd of 18,819 this season at their 17 home games, while the Raptors have averaged 19,777, selling out 14 of their 15 home dates this year.