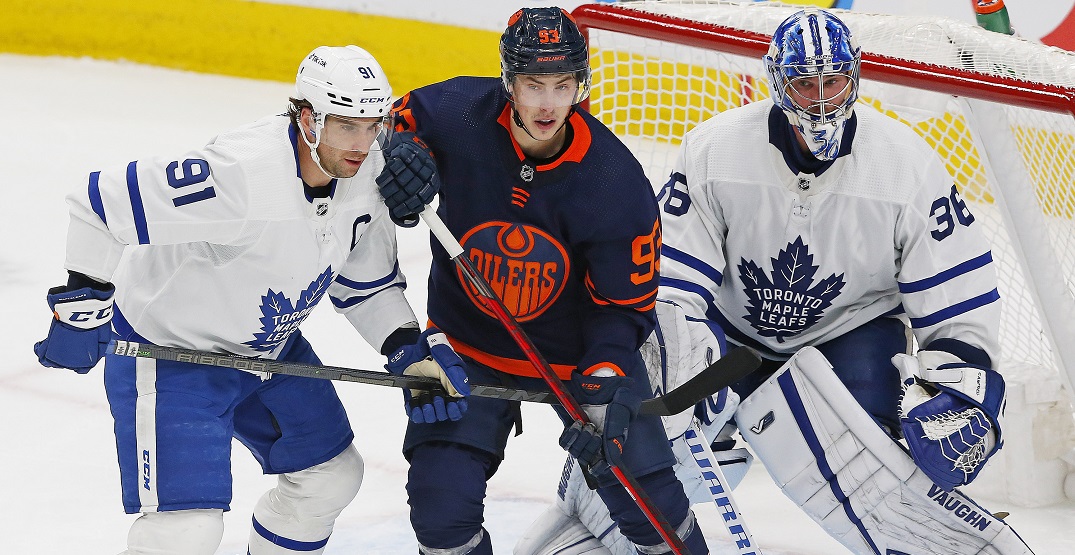 Due to his surname being the same as a world-famous food corporation, Toronto Maple Leafs goalie Jack Campbell will forever be tied to soup.

“Soup” has become the go-to way for friends and fans to refer to the 29-year-old Leafs goalie who has been playing lights-out hockey nearly every night this season.

At Scotiabank Arena, it’s become commonplace to hear “SOOOOUP” chanted out every time Campbell makes a big save, akin to the way Vancouver Canucks or Florida Panthers fans would chant “LUUUUU” after Roberto Luongo saves.

Last night in Edmonton on a road game against the Oilers, Campbell made 35 of 36 saves en route to a 5-1 win.  “Credit to the guys in front of me, and offensively it’s great to see the boys putting them in the net too,” Campbell said. “It just shows how well we played as a team, we played a great hockey game all around.

In front of a Rogers Place crowd that’s always got a fair share of Leafs fans based in Alberta as well as those travelling to the game, Campbell could hear the “Soup” chants loud and clear.

“It’s incredible,” Campbell told reporters postgame. “The love I get from the fans… it just means so much to me and motivates me to be better for them. The guys played so hard in front of me, it just feels so great to get two points for the guys and for the fans.”

On the season, he’s got a 15-5-2 record, good enough for a .937 save percentage and a 1.94 goals against average. He’s actually now already played more this season than he did all of last year, with his 23 games played topping last season’s 22.

The Leafs are one of the hottest teams in hockey, having gone 8-2-1 in their past ten games to move into first place in the entire NHL. Last night’s opponents can’t quite say the same though, as the Oilers have now lost six games in a row.

Two Oilers: Connor McDavid and Leon Draisaitl sit atop the NHL leaderboard with 45 points each, but both were held scoreless by Campbell last night. In the first period, Draisaitl had a wide-open chance to beat Campbell, but shot it wide of the net on the far side.

That's a hell of a miss by Draisaitl pic.twitter.com/trZJq1eIoQ

“I’ve definitely never seen him miss one of those,” Campbell said, adding that he said a little ‘thank-you’ prayer to himself. “So we’ll take it and move on.”

Due to the COVID-19 situation that is rapidly escalating through the Flames organization, the Leafs are now off until Saturday after originally having a game scheduled in Calgary on Thursday night.