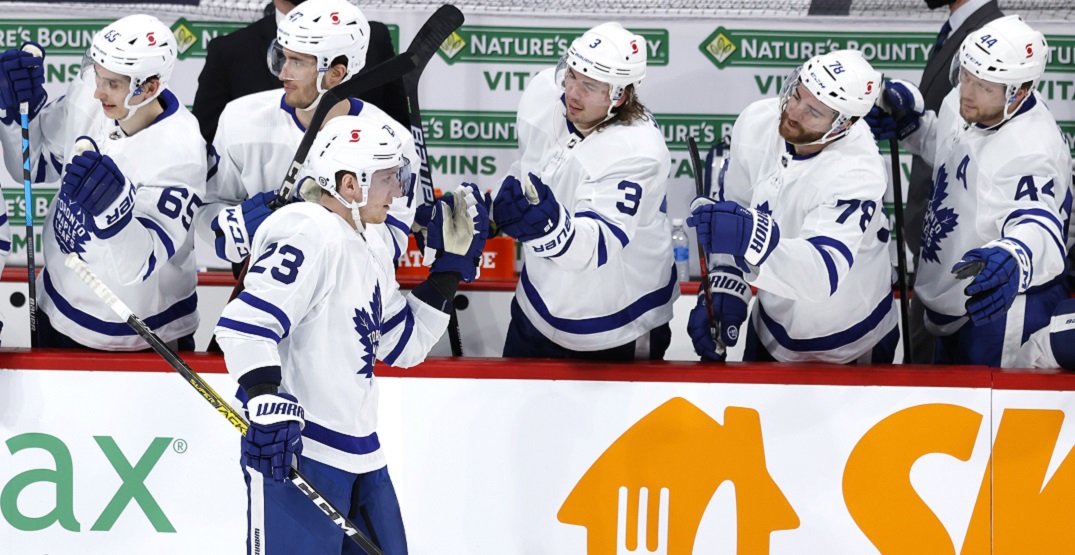 The Seattle Kraken expansion draft is just over a week away, with the NHL’s newest franchise set to be plucking from 30 of the league’s other rosters.

For reasons that don’t fully make sense, the Vegas Golden Knights are exempt from the expansion process, despite appearing in the league’s third round of the playoffs or better in three of the last four seasons.

For the Toronto Maple Leafs, there are two protection methods that they can take:

That leaves one spot available, most likely to a defenceman.

If it’s seven and three, it’s essentially the same crew of seven skaters plus Campbell, who’s guaranteed to be protected, with three more forward openings available upfront. If the Leafs go with this route, it tells Seattle that they’re open to giving up a defenceman.

Regardless of if they go eight-one or seven-three-one, four names, in particular, have a shot at being up for grabs for the Seattle Kraken in the expansion draft.

Justin Holl has established himself into a bit of an unlikely NHL success story, cracking the Leafs’ roster full time in the 2019-20 season after nearly a full season of sitting in the press box. Holl is signed for each of the next two years at a reasonable $2 million cap hit, making him a prime potential top-four d-man for the Kraken on the cheap.

Travis Dermott’s recent contract extension with the Leafs shows they’re still interested in having him around. But it doesn’t necessarily guarantee his protection in the upcoming expansion draft. Dermott played in 51 of 56 regular-season games this past season but just four of seven playoff games. Dermott currently occupies a bottom-pairing role on the Leafs but might still have room to grow after four NHL seasons.

If Kerfoot ends up not being protected by the Leafs, he might be the best bet to be claimed regardless of who else is available. Dermott and Holl are both NHL-calibre players, but neither offers much offensive upside. Kerfoot can play either centre or wing, making him a prime candidate for new Kraken coach Dave Hakstol.

Pierre Engvall leaves Toronto under two circumstances: Seattle really wants a forward from the Leafs, and he’s exposed while Kerfoot is protected. Otherwise, he probably remains in Toronto’s organization next season. There’s not much more to it than that.