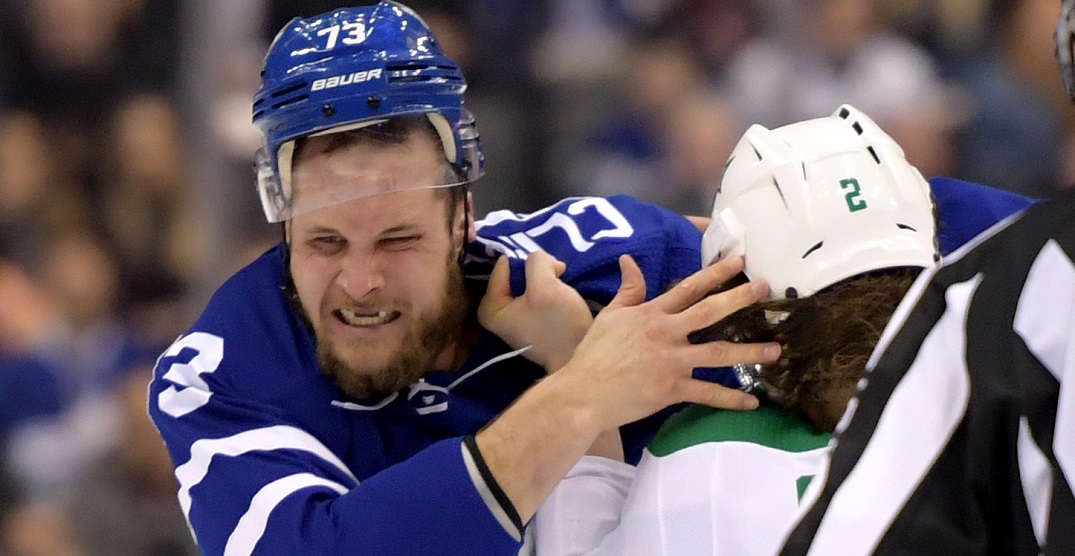 Kyle Clifford is a member of the Toronto Maple Leafs organization once again.

The team announced today that they’d traded future considerations in exchange for the NHL veteran forward, bringing him back to the Leafs for a second go-around.

In his 728 career NHL games between Los Angeles, Toronto and St. Louis, Clifford has recorded 140 career points by way of 65 goals and 75 assists. A member of the Kings’ Stanley Cup runs in both 2012 and 2014, Clifford has also played in 64 career playoff games, picking up four goals and 12 assists.

But it’s more for his tough play that Clifford is known.

He’s racked up 872 penalty minutes over his career to go along with 1449 career hits. Clifford has ten seasons in the NHL of at least 100 or more hits.

Clifford, a native of Ayr, Ontario, originally joined the Leafs in February 2020 as part of the trade that brought Jack Campbell to Toronto in exchange for Trevor Moore and a pair of draft picks. Clifford ended up playing 16 games for Toronto and four playoff games, before signing a two-year deal with St. Louis last fall worth $1 million per year that expires this upcoming offseason.

But Clifford, who played just two games for the Blues this season, might not be suiting up for the NHL club anytime soon.

According to Daily Faceoff’s Frank Seravalli, Clifford cleared waivers today and will be assigned to the Toronto Marlies.

Hearing the #Leafs have traded for Kyle Clifford, who cleared waivers today. He’ll be assigned to the Marlies.