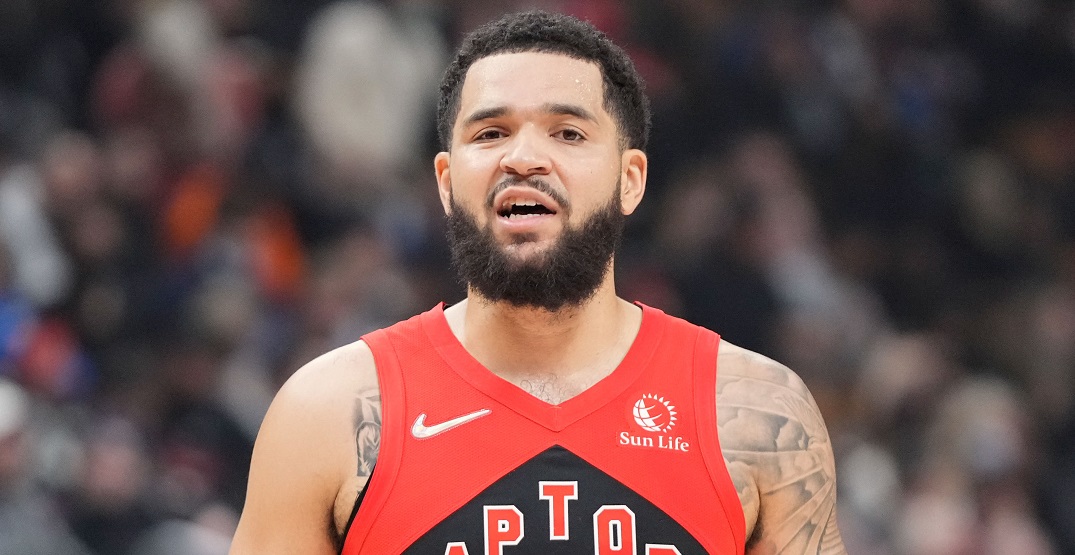 The Toronto Raptors’ starters haven’t had much time to rest this season.

Outside of Pascal Siakam’s absence to start the year (which saw Precious Achiuwa start 11 times), it’s pretty clear which Raptors are in the starting unit.

The Raptors have found their five starters when everyone’s healthy: Siakam, Gary Trent Jr., OG Anunoby, Scottie Barnes, and Fred VanVleet, and they’ve gone to that exact lineup three of the last four games, missing it only when VanVleet took a game off due to a groin injury.

Beyond those six, just two other Raptors, Goran Dragic (twice) and Svi Mykhailiuk (twice), have been in the team’s starting lineup.

Having a low count of starters isn’t abnormal for a team, but their minutes distribution is more extreme in Toronto than anyone else right now.

Toronto’s starters are averaging 34.2 minutes a game each, the highest mark in the NBA, and 81.7 points per game, the second best in the league.

Per 48 minutes, they’re getting 114.6 points, the 19th best mark in the NBA. In other words, they’re putting up big minutes and big numbers, but it’s more a product of how much they’re on the court than anything else.

On the flip side, Toronto’s bench is putting up just 24.2 points per game, 30th in the league, and based on how long the starters play, they’re also last in the NBA in minutes played per game, at 13.8.

Wins and losses aren’t an exact formula in the NBA, but having a deep bench to be relied upon is usually thought of as a precursor to success over the course of an 82-game season. For now, the Raptors haven’t found that mix, and they find themselves sticking to their core to start the year.

There’s no cut-and-dry magic formula to winning in the NBA, and the Raptors have seen both good and bad results when running a top-heavy lineup this year.

Chicago, which uses its starting players the fourth-most of any NBA team, has a 10-4 record, while the 11-2 Golden State Warriors use their bench more than any other team and have the league’s best record.

But keeping a small rotation is no foreign concept to Raptors’ head coach, Nick Nurse, now in his fourth season at the helm of the team.

In each of his years in charge of Toronto, the team has finished no lower than sixth in the league in terms of average minutes per game.

At Monday night’s game against Portland, the starter-heavy concept was taken to the extreme. All five Raptors starters put up over 39 minutes. Khem Birch put up 22 minutes, with no other Raptor playing more than nine minutes.

Nurse told media that his starters were “playing fine and playing hard,” despite the heavy minutes on Monday. Nurse added that a 6-0 Blazers run to start the fourth quarter with three of substitutes in that expanded Portland’s lead to eight forced his hand to return to his starting five.

Outwardly, at least, the Raptors players themselves seem to be embracing the heavy workload.

“I think we’re feeling good,” Anunoby said Monday. “I mean as the season goes on… we’ll see how we feel. But right now we’re good. We all like to play both ways and compete.”