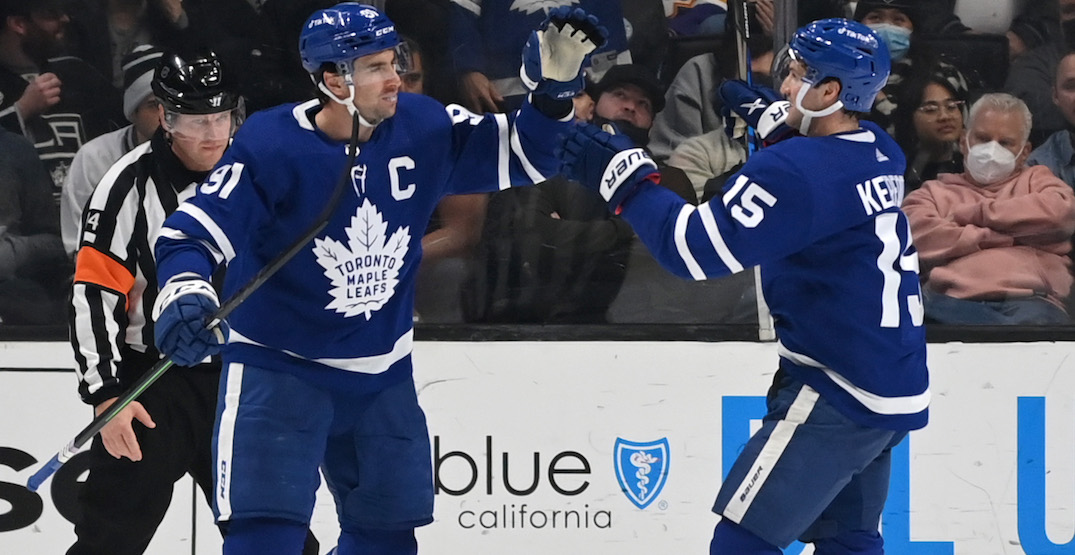 John Tavares and Alex Kerfoot have been placed into the NHL’s COVID-19 protocol. The Leafs have cancelled their practice in Vancouver as a result for “precautionary reasons.”

The Leafs haven’t played since Tuesday in Edmonton, as Thursday’s game in Calgary was postponed after the Omicron variant ripped through the Flames dressing room. There are currently 32 members of the Flames in COVID protocol.

Tomorrow’s game against the Vancouver Canucks is still scheduled, though there’s a chance it could get postponed if more Leafs players test positive. The Canucks had four players and one coach test positive this week.

Many teams around the NHL are dealing with COVID-19 outbreaks. Four games previously scheduled for tomorrow night have already been postponed, including games in Calgary, Montreal, Minnesota, and Colorado.