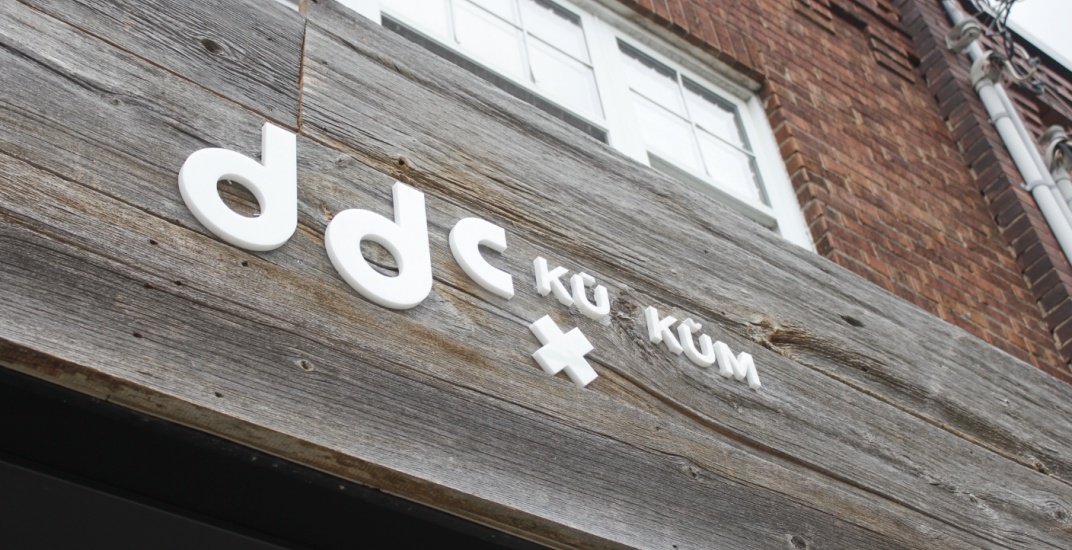 Chef Joseph Shawana is familiar with bringing new concepts to Toronto. A partner in the Snakes and Lattes, Coq of the Walk, and L’Absinthe Bar family, his latest endeavour has a deeply personal overtone to it, as Ku-Kum Kitchen celebrates the cuisine of his indigenous heritage and that of the First Nations of Canada.

“I’m not trying to tell the story of indigenous communities in Canada, or North America for that matter,” chef Shawana explains. “It’s the way I interpret my community and the communities from Northern Ontario to the Arctic. It’s my way of paying homage to all those communities and their tribes.”

Offset pine chandeliers cast playful streams of light across a Norval Morrisseau painting. Bunches of sweet grass for smudging linger in a basket by the bar next to a bouquet of lavender and jars of loose leaf Pluck tee. And a bright, playful mural by Monique Bedard (Aura) and Ogimaa Kwe Bnes (Chief Lady Bird) accents the back wall of the 30-seat restaurant. 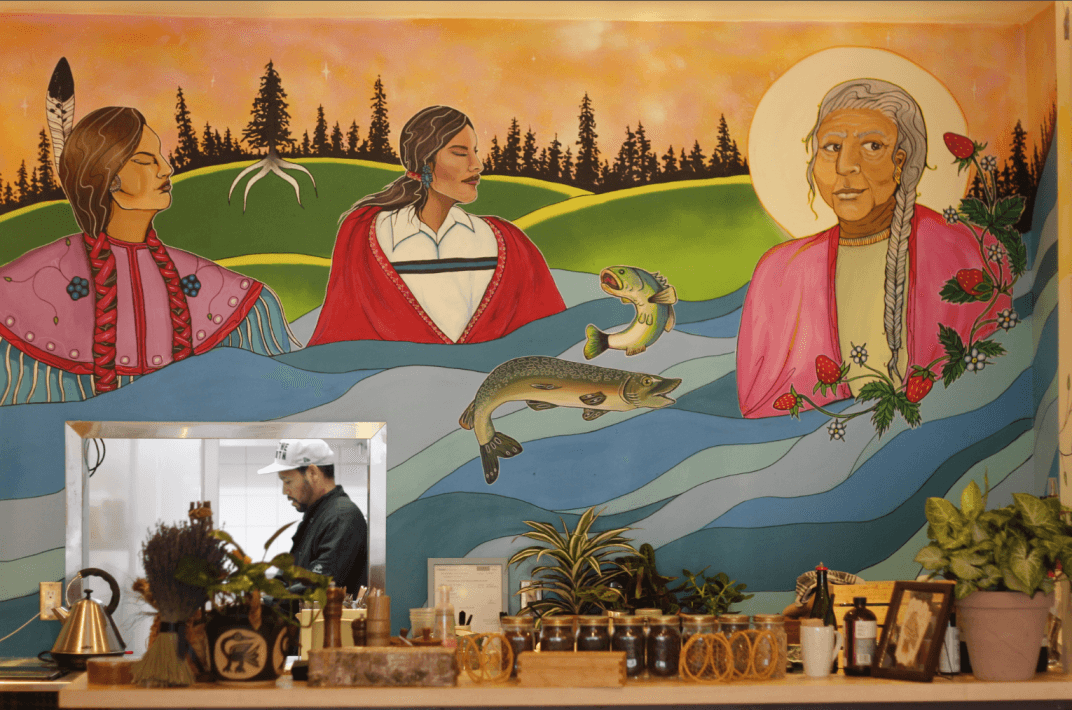 Chef Shawana, who grew up on a reserve on Manitoulin Island, and is part of the Odawa Band, implores and ingredient forward focus to the dishes at Ku-Kum. The menu is based on the 13 moons – a seasonal approach, which will change as the year cycles. It’s an essence he’s excited to share with the community, and one he’s continuing to teach to himself.

“I’m re-educating myself on the culture,” he says, referring to many of the spiritual and astrological connections to his culinary heritage. “We didn’t learn that stuff in school.”

To him, Canadian cuisine is about discovering what’s around you and using the ingredients you can. Somewhat of a dichotomizing statement, given it took him over three months to source proteins like red tail deer with the proper flavour for his braised venison ($28). Coming from La Maison de Gibier out of Montreal and raised in Alberta, it’s still a bit different from the white tail deer he grew up eating. 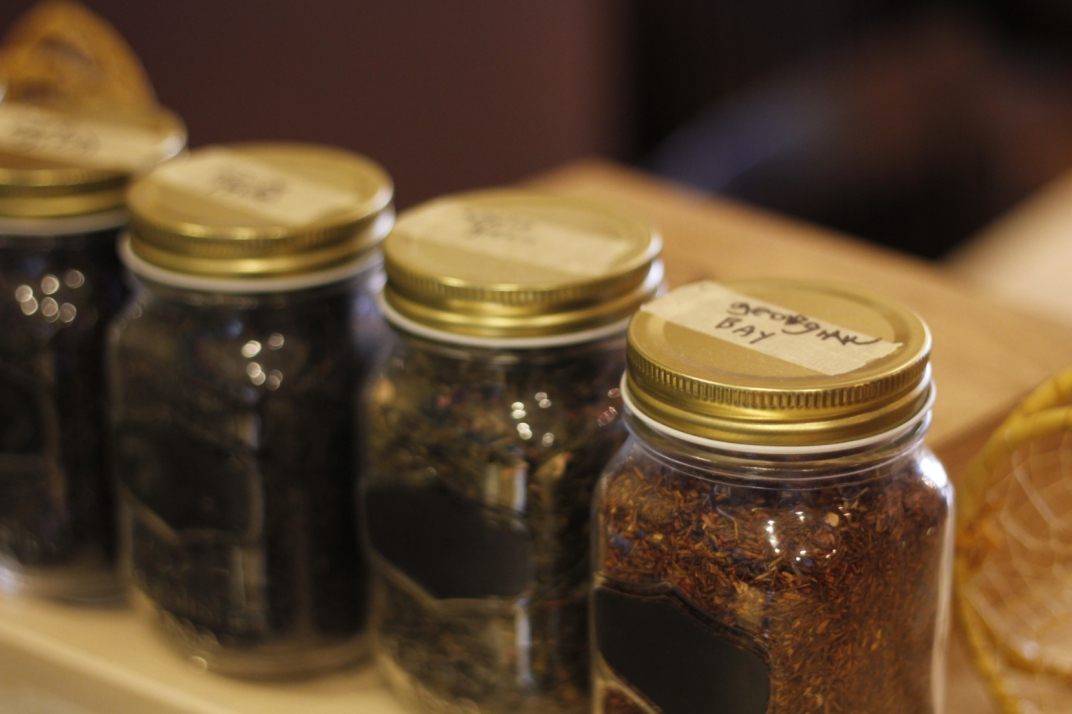 “It’s a big hurdle to cook with things I grew up with without access to the ingredients.”

But local purveyors like Forbes Wild Foods help to source some of the foraged herbs and vegetables needed to recreate some of those nostalgic flavours, like the preserve plate ($16) with pickled cattail hearts, fiddleheads, milkweed pods and warm bannock.

He also carries beer from Split Rail Brewery in Gore Bay on Manitoulin Island, and will soon stock another from Manitoulin Brewing Co. in Little Current. The wine list is focused from Niagara and the Golden Horseshoe. 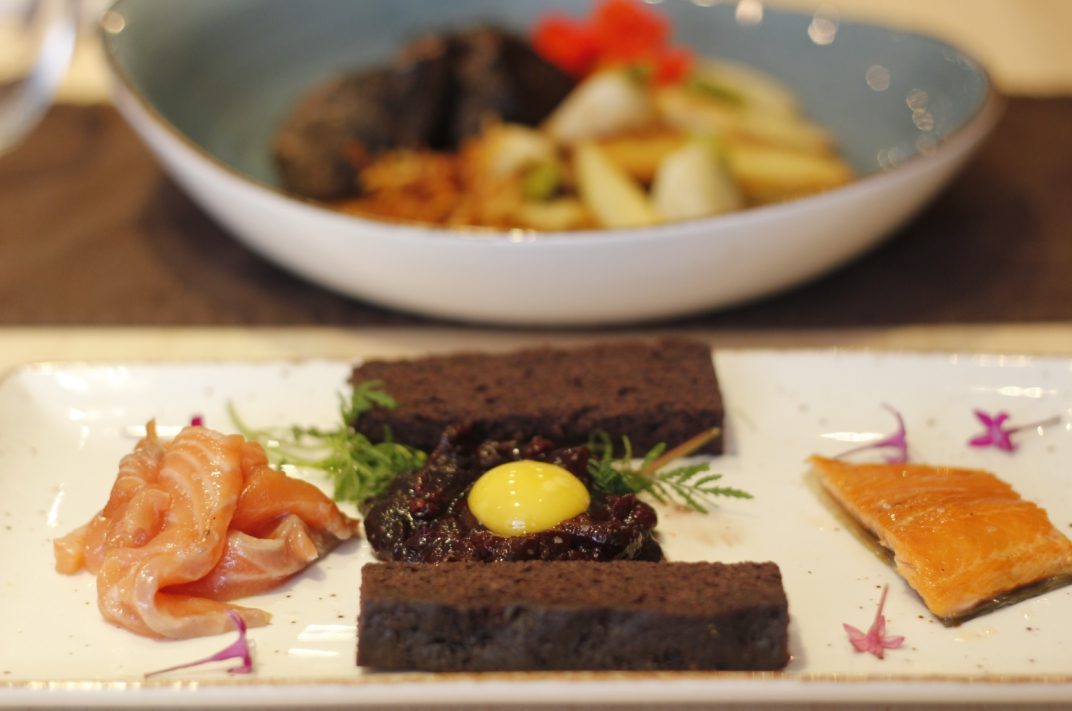 Seal was a new ingredient for him to work with, and he sought out advice from other Aboriginal chefs across the country with how to best treat it, and to ensure it was ethically caught. He serves the oily, iron rich loin as a tartare, topped with a quail egg, and rounded out when eaten with a sprig of citrusy green marigold stem on hefty blueberry flour bannock bread. 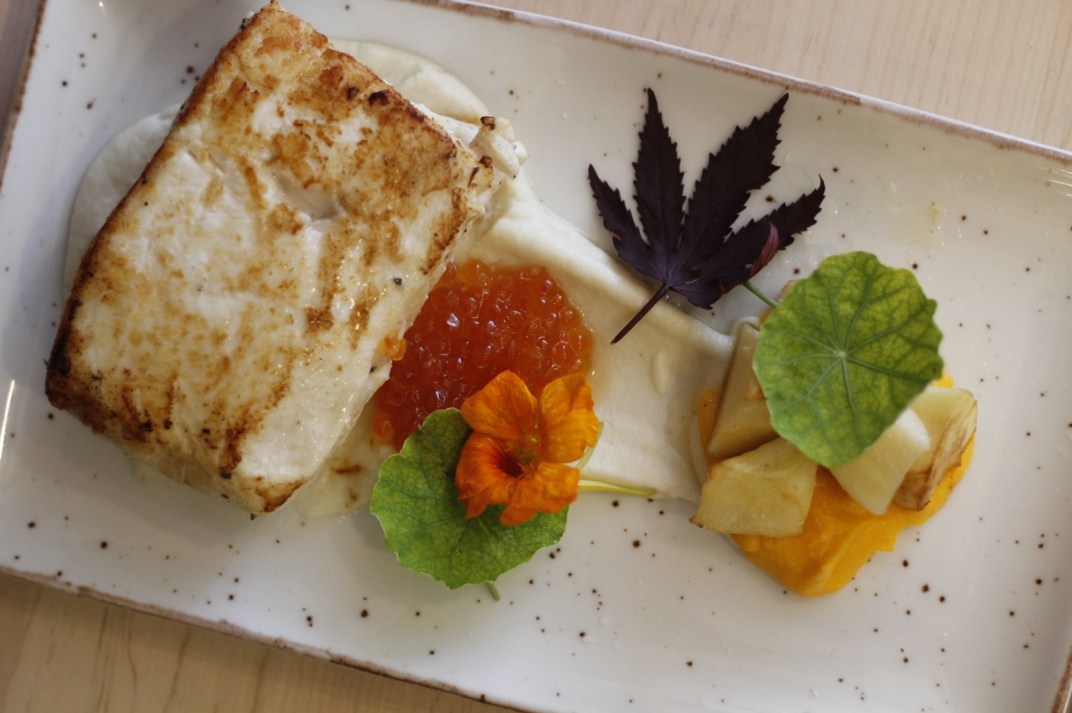 “Growing up my mother would make something out of nothing,” he recounts. “Growing up on a reserve was hard – it’s still hard. She’d teach me how to take one ingredient and make multiple things from it. I’m doing that on this menu.” 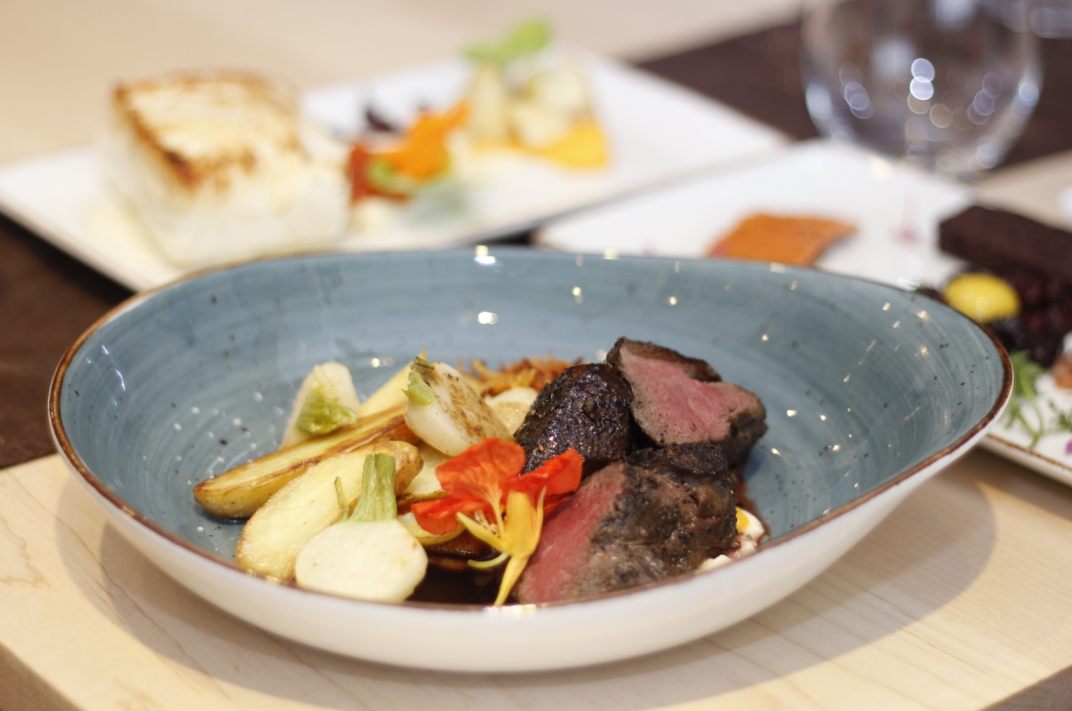 Elk from Southern Ontario ($26) is sous vide before being rubbed with herbaceous juniper and spruce tips then roasted, rounded out by an umami laden demi-glace from the bones of the rack.

Ku-Kum literally translates to “grandmother” in Northern Cree. His wife is half Cree, and her mother helped to write the “ᑯᑯᑦ” logo from her native language – she’s amongst a precious few that still carry on the dialect. Like the generations before him, Shawana and his wife are trying their best to preserve their cultural heritage and share it with their two-and-a-half-year-old son, Hawk, and Canadians in general, through Ku-Kum.

“Food brought family together at my grandmother’s house. We put family politics behind and were just happy together.”

“I think that was much the same for the indigenous tribes across Canada,” Shawana concludes. “I’m using my way of cooking with their ingredients. it’s my way of saying thank you.”