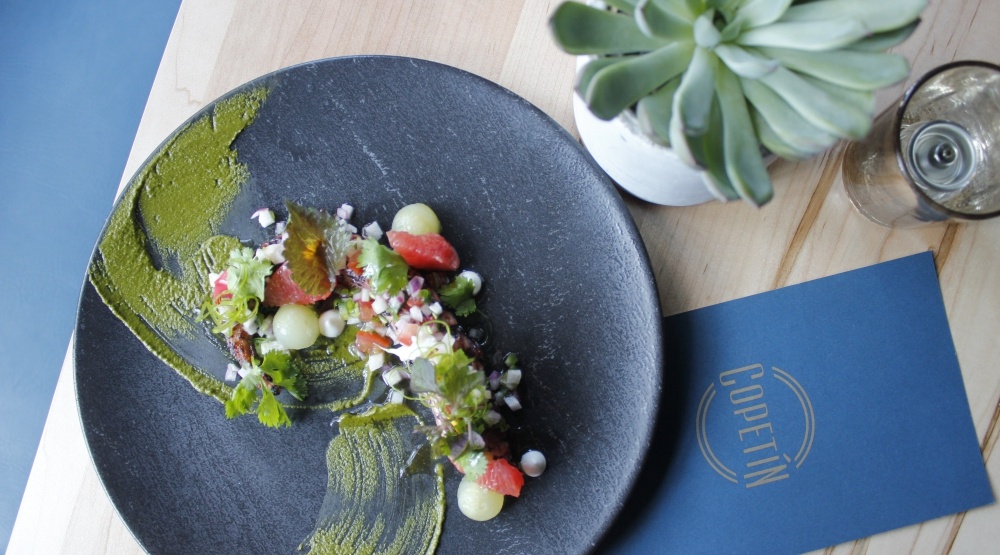 Several years back, Chef Claudio Aprile set off to seed an expanding Origin restaurant brand, opening up locations in Liberty Village and Origin North on Bayview. The buzz – and there was buzz – was short lived.

“I never want to be the type of person who does anything for money again. Origin North was never done for the right reasons. I’m back to doing what is meaningful for me,” says the MasterChef Canada judge.

And that meaning translates to Copetín, his new restaurant in the former Origin flagship location at King and Church.

Aprile’s Uruguayan mother first mentioned the name 5-years ago. It formally translates to “drink”, but like many things to Aprile, it carries a more esoteric connotation.

“Copetín means pop-in, casual, social, all those things that make a restaurant,” he says.

A revamped and reimagined space, Copetín encompasses three distinct concepts, each with a separate menu, derived from his life experiences with food.

“The cuisine is based on my first-hand experiences with the cultures that I’ve traveled to,” Aprile explains. “It’s a mosaic of Toronto and the great flavours we have here. I think it’s the perfect backdrop – this city – for the type of food I want to do.”

There’s a 50-seat fine dining room, with less “noise and distraction, so one can focus on what’s happening on the plate and your company,” according to Aprile. 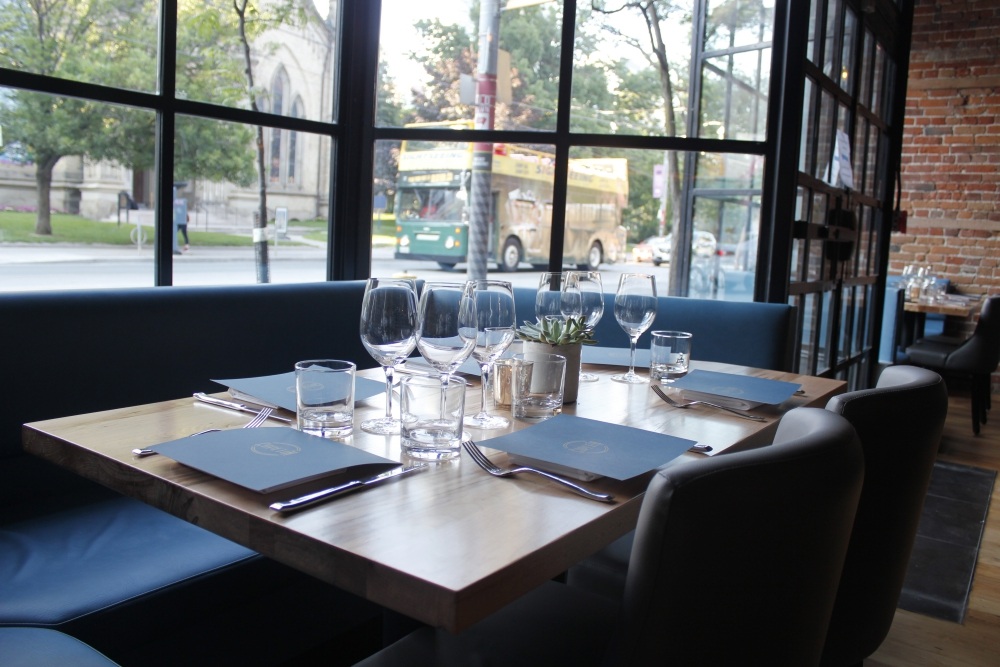 The 50-seat lounge flanks the west side of the restaurant. Choose from a 15-item snack menu as you gaze at the amber tinged backlit bar and colourful painting of Jonny Cash, by the elusive artist Stikki Peaches. Aprile has commissioned a Miles Davis painting by the artist for the dining room. 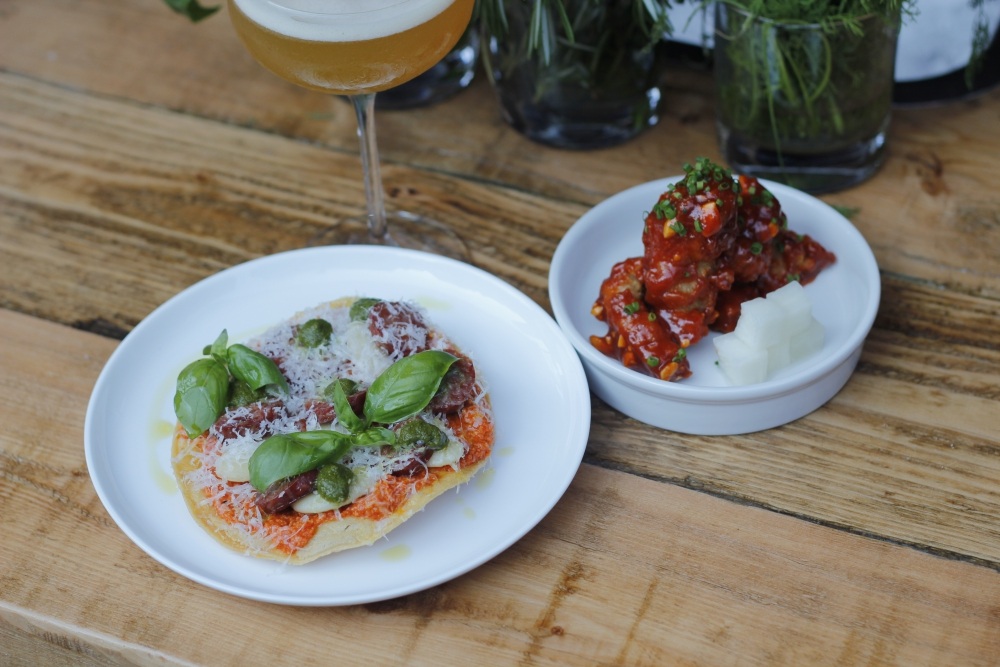 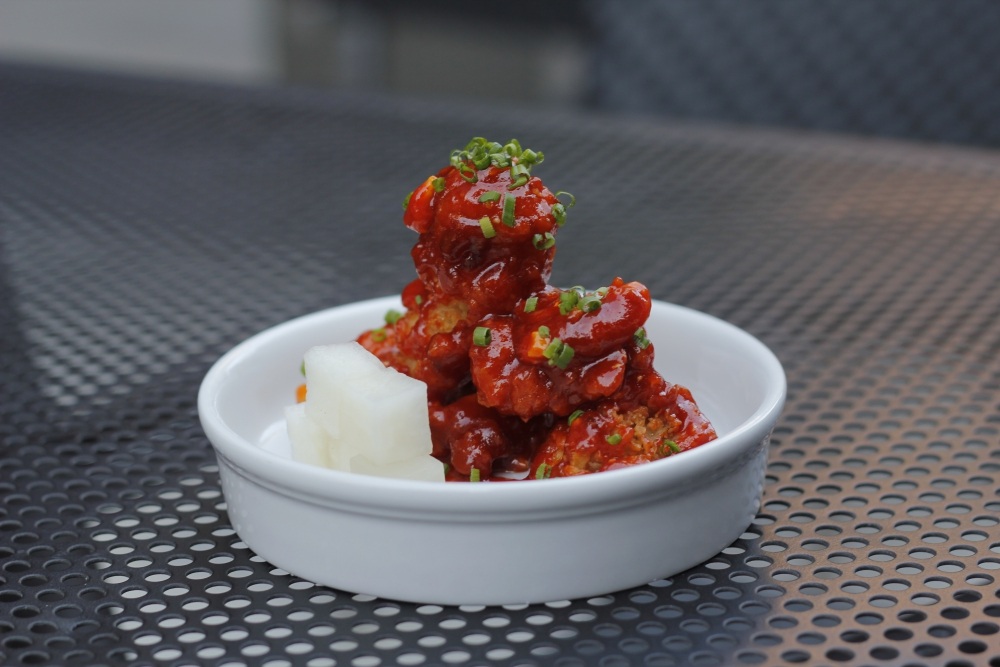 Korean fried chicken ($9) is bathed in a gochujang sauce, sprinkled with cashews, and sided by pickled daikon. 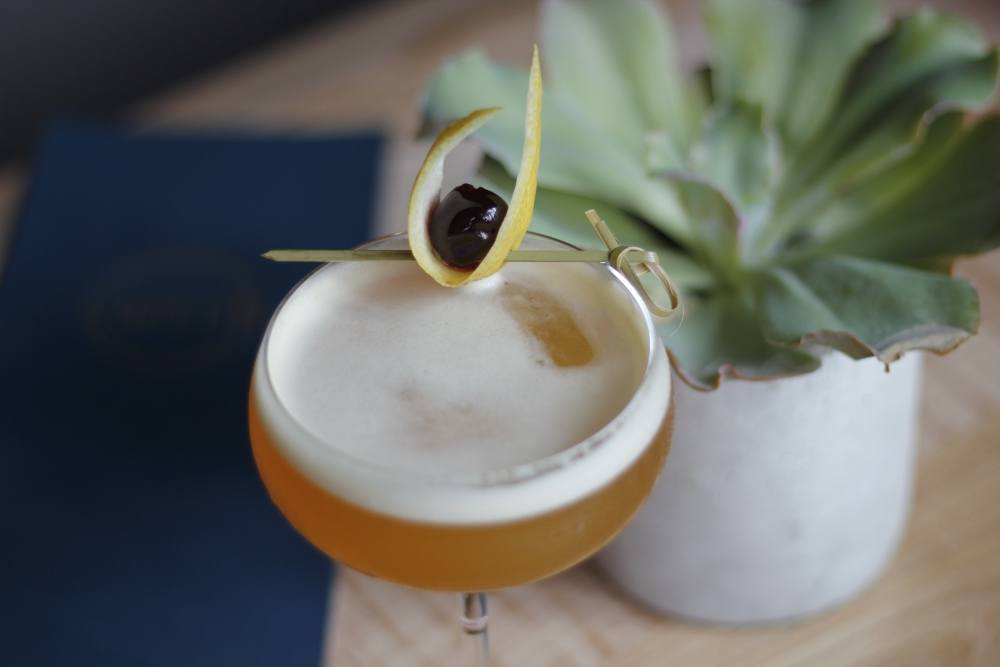 The expansive 60-seat patio features a casual cantina menu with grilled sandwiches and salads, as well as a Botanist Gin bar with cocktails by Manny “The Mixologist” Contreras Palma, like the Sneaky Lemon ($16) with Remy Martin VSPP, Cointreau, Maraschino, lemon juice and orange bitters. 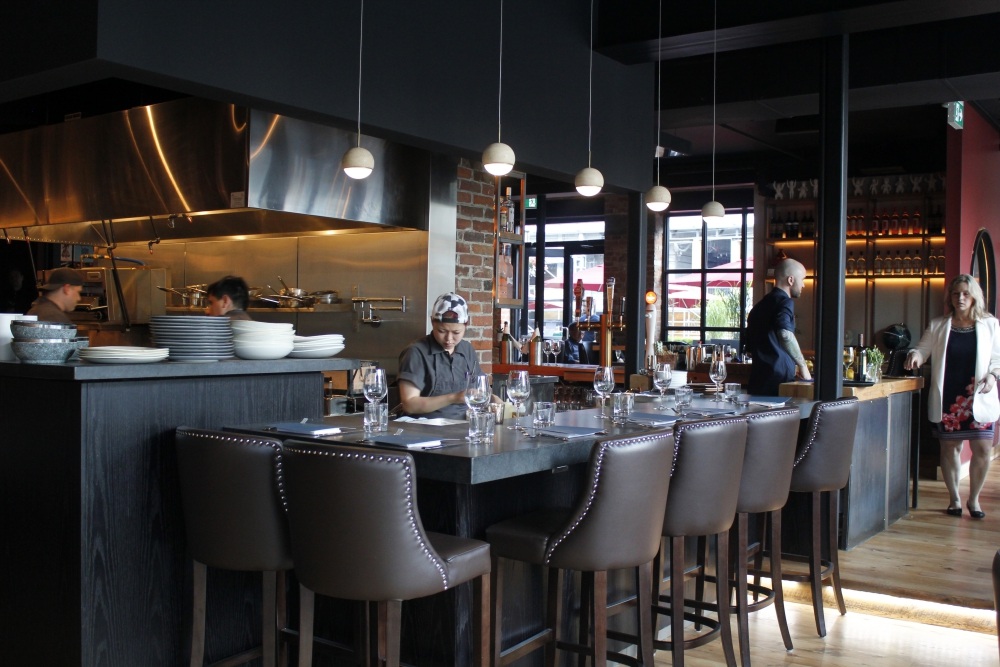 The 6-seat kitchen counter is the final, and most freeing focus of the restaurant for Aprile.

“It’s about the process and much as the product,” he says. “You’ll see that as a guest. You’ll collaborate with us in a way.” 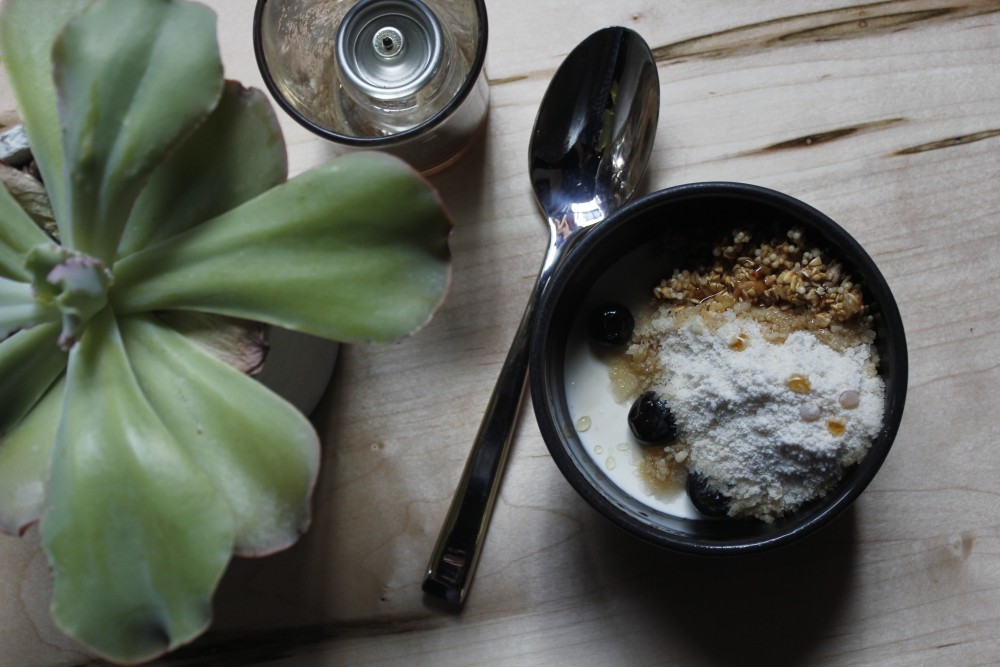 Aprile’s ambition is to make Copetín one of the best restaurants in North America, while inflecting energy, creativity and playfulness into its core, exemplified in dishes like the maple milk and granola ($8) with milk panna cotta, toasted granola, pickled blueberries and maple snow, meant to taste like breakfast cereal. 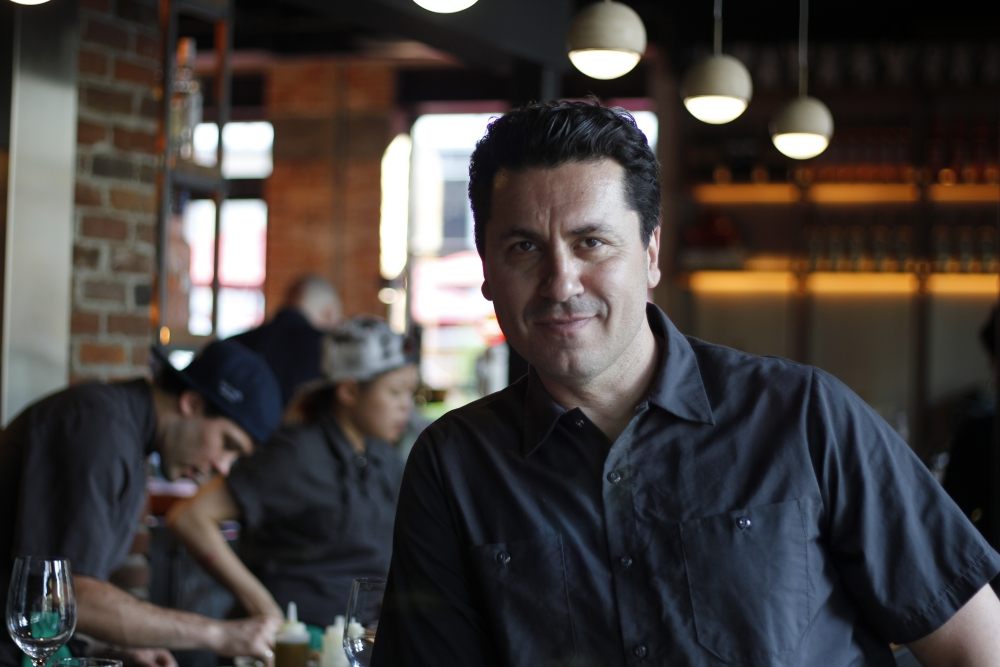 “I just felt that I was getting “fat” metaphorically speaking. I got lazy, complacent, and wanted to do something different. Simply speaking I got bored. I love cooking, love creating new things and I wasn’t creating as much as I wanted to.”

“The only constant at Copetín is change.”