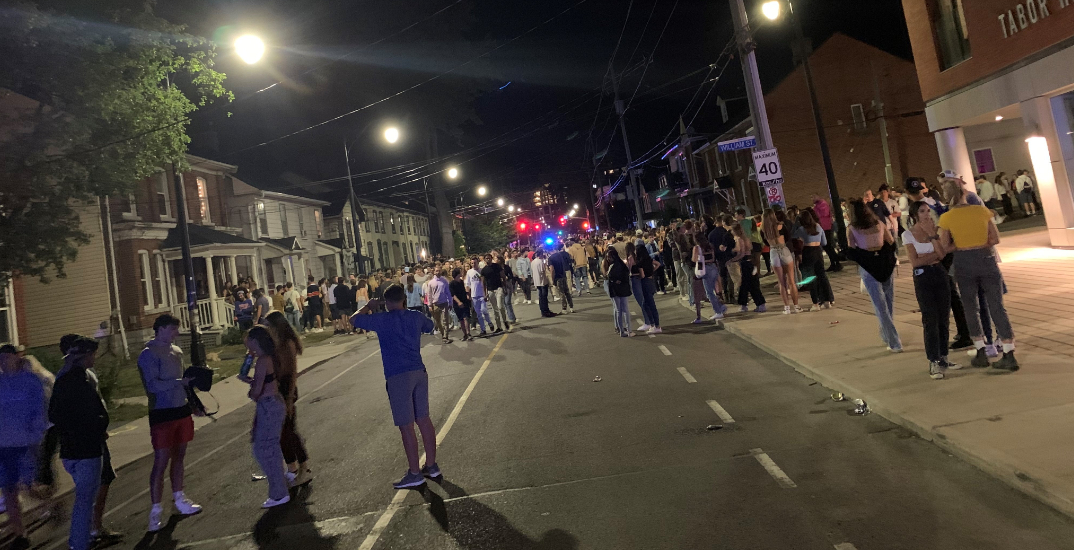 The City of Kingston is cracking down on large street parties with a new emergency order that increases fines and publicly names violators.

The order, which took effect at 4pm on September 10, raises the fine for attending a party that exceeds COVID-19 gathering limits from $500 up to $2,000.

Gatherings are currently limited to 25 people indoors and 100 people outdoors by the provincial government.

The order also increases enforcement activity and allows police to fine people on the spot.

As well, the city will now disclose the names of those charged under the Reopening Ontario Act, the Emergency Management and Civil Protection Act, and similar laws.

The order was issued due to an “ongoing violation” of gathering limits near Queen’s University that officials say have led to a rise in COVID-19 cases.

“The large street parties that have been occurring in the University District are appalling and downright dangerous in the midst of a pandemic,” said Mayor Bryan Paterson.

“They have put additional pressure on our emergency response personnel and on hospital staff that are already under strain. Regrettably, we’re now seeing a rise in COVID-19 positive cases in the University District.”

Kingston Police Chief Antje McNeely said the city hopes that the increased fines and threat of public naming will serve as a deterrent to large illegal gatherings.

Last weekend, police charged 11 people under the Reopening Ontario Act for hosting illegal gatherings in the University District. If convicted, the minimum fine is $10,000.

Officers estimated crowds ranged from 3,500 to 5,000 people throughout the long weekend.

“Our community is fed up with this disrespectful behaviour that is putting everyone at risk,” Paterson said.

“[The order will] ensure those who disregard public health rules are held accountable for their actions.”