If Santa was dropping presents to Canadian premiers this month, Kathleen Wynne would perhaps be getting a lump of coal. 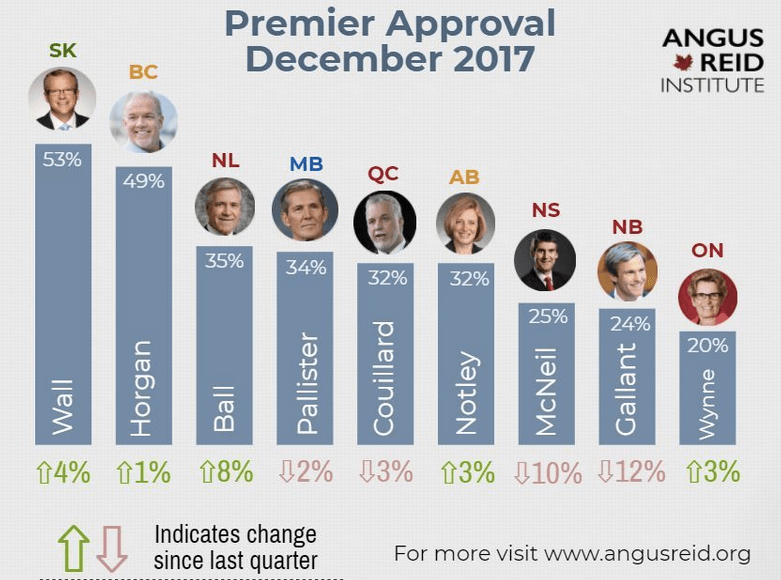 While she remains in last place, Wynne actually climbed from her lowest point earlier this year which was at 12% in March.

The poll states that after confirming plans to raise the minimum wage to $14 at the beginning of 2018, and again to $15 in 2019, Wynne saw a third consecutive quarterly rise, this time up 3 points to hold the approval of one-in-five Ontarians (20%).

Sadly, March wasn’t the only time she was in last position. Earlier this year, Wynne was also ranked last, with an approval rating of just 15%.

Wynne will be facing re-election in 2018, and maybe Santa will be nicer to her next year.