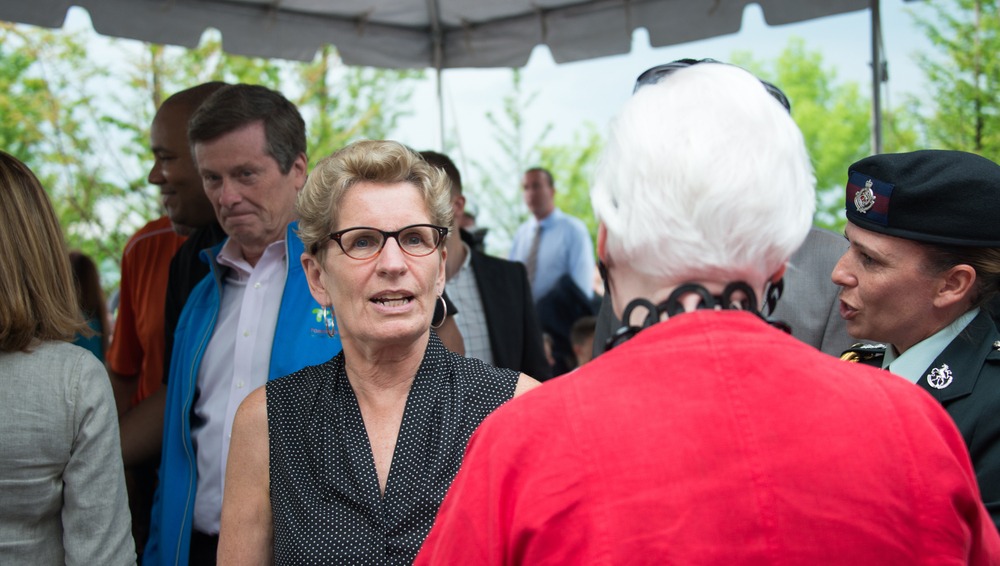 In December, it was reported that Ontario Premier Kathleen Wynne’s job performance among Ontarians had sunk to an all-time low at 16 % approval rating.

Well, in just three month, Wynne’s approval has dropped another four points, sitting at yet another all-time low of 12% approval, according to the latest quarterly job performance approval analysis by the Angus Reid Institute.

This, yet again, is the lowest approval rating for Wynne since being elected in 2013.

Wynne’s decline in approval continues among Hydro One issues plaguing her political platform. Initially, her approval number in December at 16 % reflected the decision to sell the government’s Hydro One, and the pressure from the Ontario auditor general for not spending the proceeds of the sale in the most effective way. The sale also prompted a lawsuit from the Canadian Union of Public Employees seeking to stop the sale of more shares.

Additionally, more than eight-in-ten Ontarians (82%) oppose the ongoing sale of shares in Hydro One to private investors. Roughly half (49%) oppose the sale “strongly,” according to Angus Reid. And Ontarians think the sale will worsen electricity rates, which are already deemed “unreasonable” by most.

It seems like Wynne’s announcement to cut hydro bills by 25% across Ontario did not respond to residents’ concerns.

And with that, Wynne remains the Premier with the lowest approval rating nationwide. 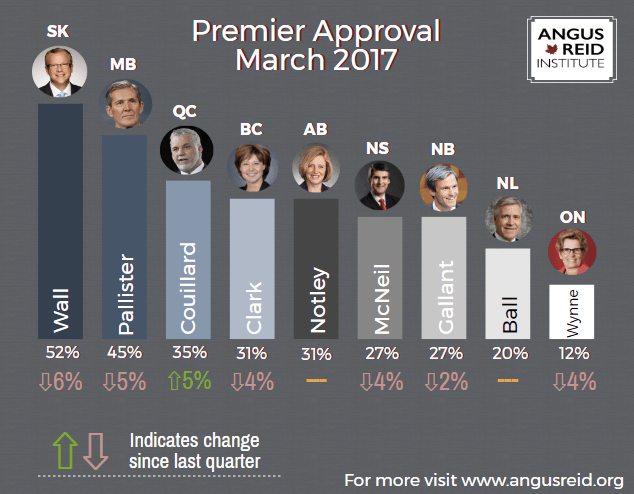