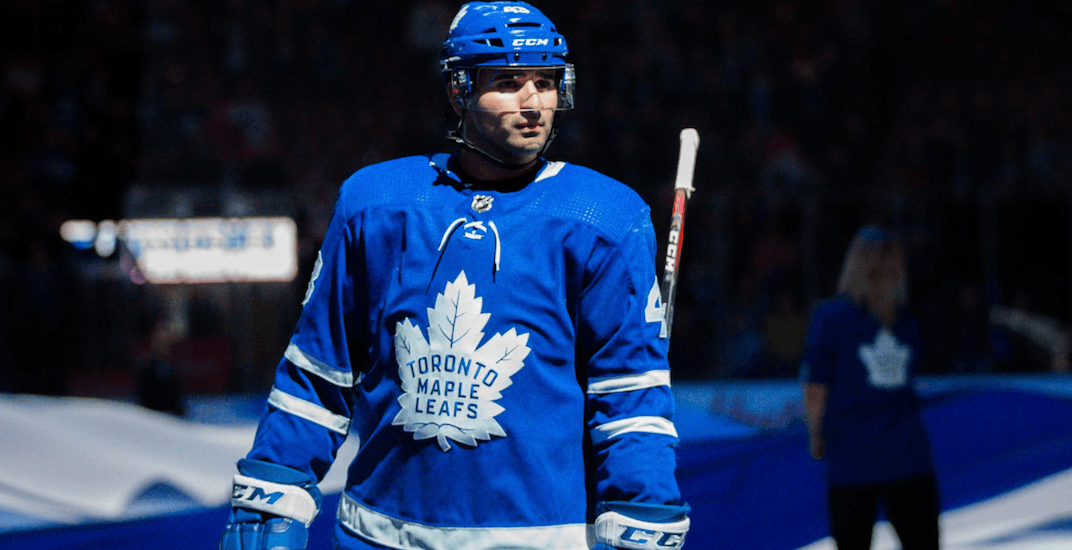 The NHL has suspended Toronto Maple Leafs centre Nazem Kadri for up to five games for a vicious crosscheck to the face of Boston Bruins winger Jake DeBrusk.

Toronto’s Nazem Kadri has been suspended for the remainder of the First Round for Cross-checking Boston’s Jake DeBrusk. https://t.co/doqkyMVrLS

The league has banned Kadri for the remainder of the series against the Bruins, meaning the suspension will be 3-5 games in length.

“This is not a hockey play,” explained an NHL Department of Player Safety representative. “Instead, this is a player retaliating against an opponent by using his stick as a weapon to make forceful and direct head contact.”

Kadri was incensed after DeBrusk – a player who had kneed him earlier in the game – hit Patrick Marleau with a thundering check into the curved glass. While the Leafs appeared to be getting the short-end of the stick with regards to calls not made by the referees in Game 2, Kadri’s actions were indefensible. You simply can’t crosscheck someone in the face and expect to get away with it.

Not only did Kadri ruin a chance for the Leafs to make a comeback in the game, his suspension will hurt his team’s chances of winning the series. It’s a crushing blow for the Leafs, who need all the help they can get against a powerhouse Bruins team with the series tied 1-1.

It’s the second year in a row Kadri has received a multi-game suspension for losing his cool.

The 28-year-old was handed a three-game suspension for boarding Boston’s Tommy Wingels in Game 1 of the first round last year. Toronto lost two of the three games while Kadri was out, as the Bruins went on to win the series in seven games.

With Kadri out of the lineup, head coach Mike Babcock has moved William Nylander to centre the Leafs’ third line, alongside Patrick Marleau and Connor Brown.

Andersen
Hutchinson (returns to back up)