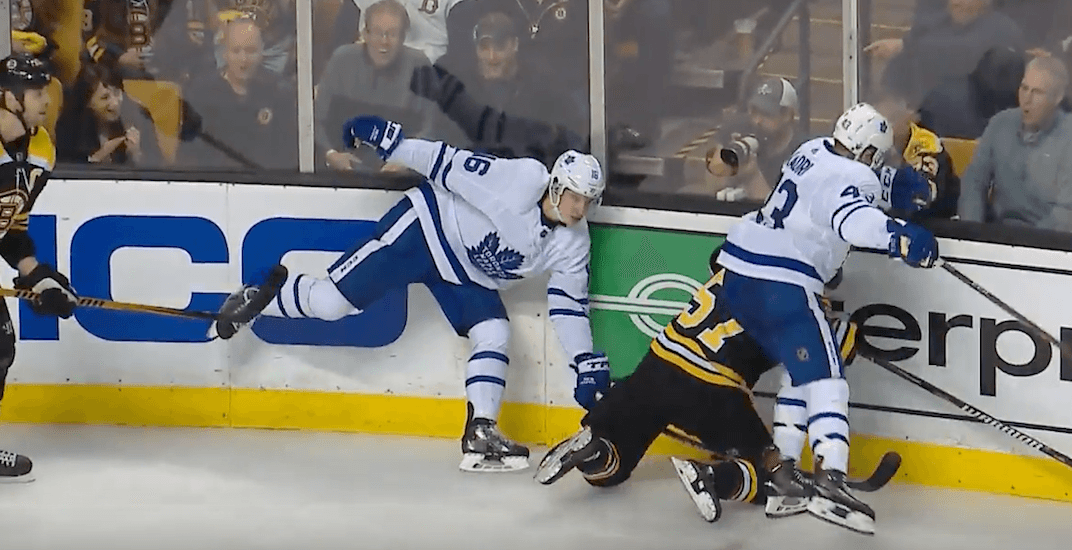 Game 1 didn’t go according to plan for the Toronto Maple Leafs, and if NHL supplementary discipline isn’t kind to them, Game 2 might not be any kinder.

The Leafs dropped the opening game of their first round series on the road against the Boston Bruins on Thursday by a score of 5-1.

It’s often said that it doesn’t matter if you win 1-0 or 10-0 in the playoffs, because a loss is a loss. But that may not be the case if Leafs centre Nazem Kadri receives a suspension for a dirty hit in the third period.

With the score 4-1, Kadri received a five-minute major penalty and a game misconduct for charging. It’s the kind of hit that could well result in him receiving a suspension.

Kadri drilled Tommy Wingels in the back, while the Bruins forward was on his knees, driving his head into the boards.

It appeared to be a retaliatory hit by Kadri after Mitch Marner was elbowed in the head by Wingels – after the initial hit by Zdeno Chara. Wingels was not penalized on the play, though he could end up facing supplementary discipline himself.

These two teams will meet again on Saturday – with or without Kadri – for Game 2.