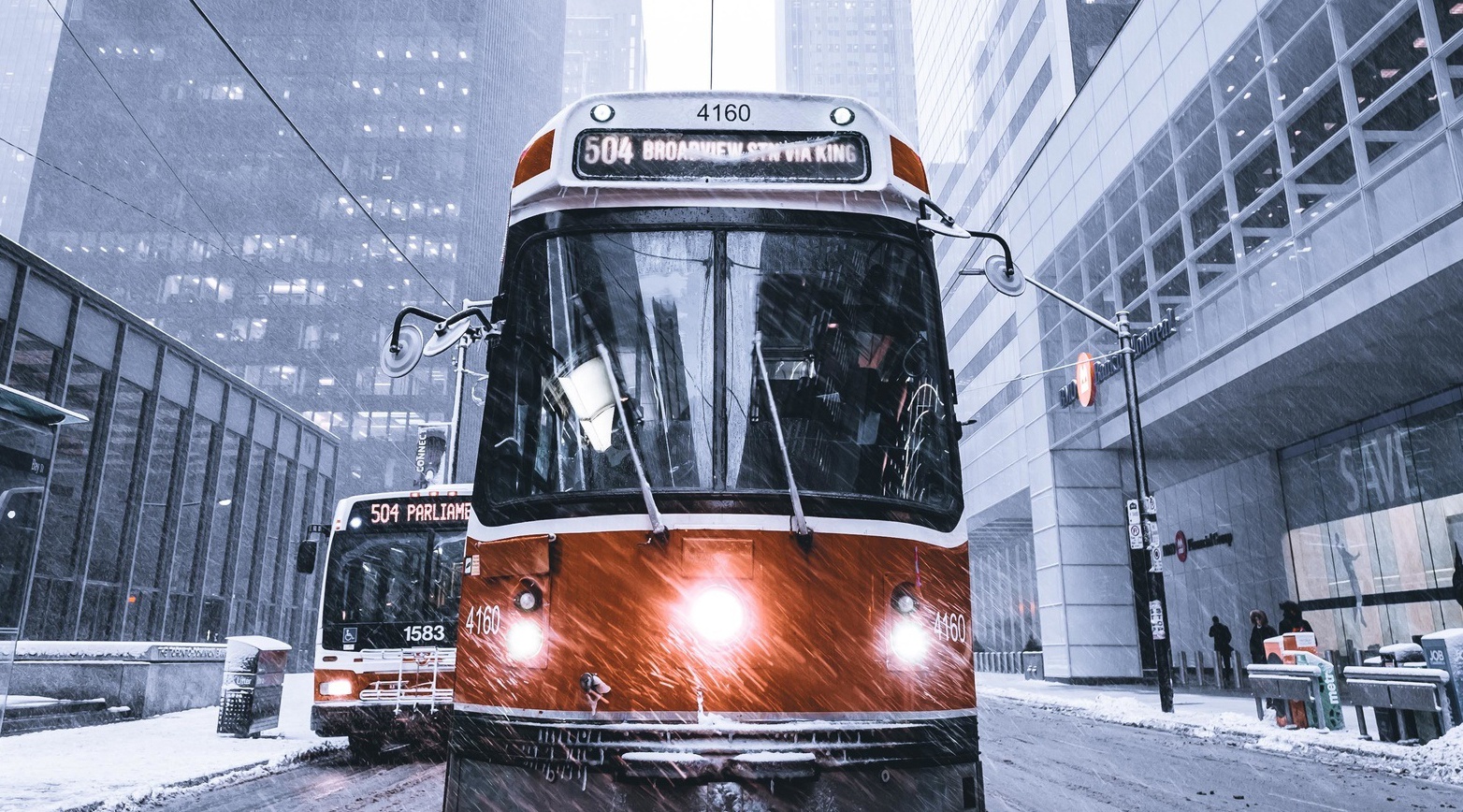 As the week is winding down, the temperature’s going up, and heavy snow and ice leftover from Tuesday’s giant snowstorm is melting.

And as the weather warms, ice is falling off of buildings left, right and centre.

Advisory:
We are receiving reports from various locations around the city for falling ice.
At this time as temperatures have gotten a bit milder, we’d like to urge everyone to please use caution as you go about your day, particularly in the downtown area^adc

And yesterday’s warm temperatures are still holding strong today. This morning is a mild 3ºC with a light rain falling on the city.

This afternoon, the sun is expected to peek out from behind the clouds as temperatures hover around 1ºC. It’ll cool down to -2ºC later this evening, with scattered flurries called for.

The weekend will see temperatures between -3ºC and -7ºC, which means that ice will start to freeze over again as long as it hasn’t all dried up.

So watch your step over this long weekend, and enjoy the lack of chaotic snowstorm in the forecast. 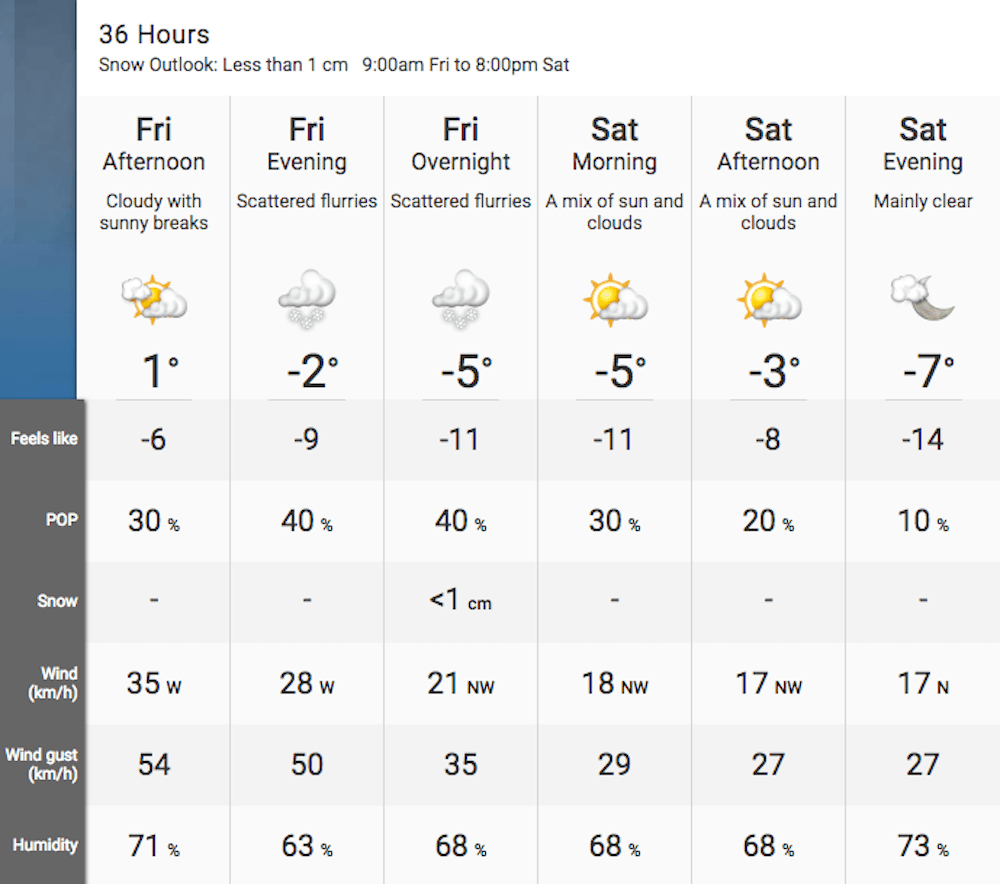