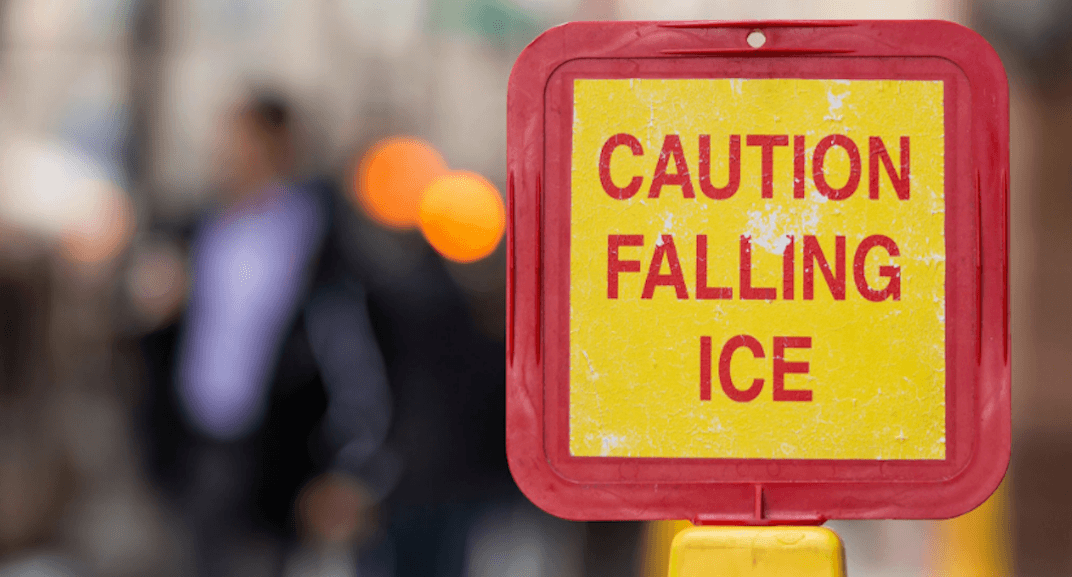 As temperatures continue to rise, police say they are responding to multiple reports of falling ice in downtown Toronto.

Police have closed a portion of Yonge Street to pedestrians and vehicles as shards of ice continue to fall.

According to police, Yonge Street is now closed from College Street to Gerrard Street, and the public is advised to avoid the area.

Update:
Yonge St is being closed from College St to Gerrard st to all pedestrians and vehicles due to falling ice.
Please avoid^adc@TPS52Div #GO283617^adc

Authorities also responded to The Esplanade and Yonge Street after receiving reports of large chunks of ice falling from a high rise building.

Police say there are no reported injuries and they’re advising those in the area to use caution.

Additionally, police responded to the area of Lake Shore Boulevard and Dan Leckie Way for reports of “large chunks” of ice falling from a high rise.

With warm temperatures and periods of sunshine on the forecast, be cautious when walking below high-rise buildings as ice may fall.