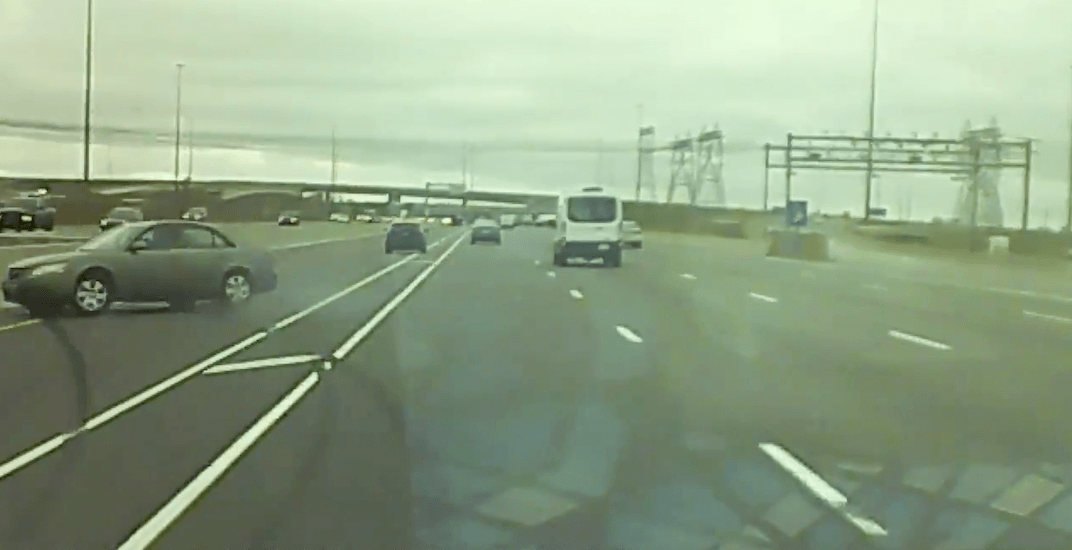 Provincial police are looking for a driver responsible for a high-speed hit and run that took place on a busy highway earlier this month.

The incident, which was captured on a dashboard camera, took place on Highway 410 on Friday, May 3, according to OPP Sgt. Kerry Schmidt.

“Who would do this?” asked Schmidt on Twitter, who shared the 32-second clip on Tuesday evening.

In the short video, a driver can be seen trying to pass another vehicle in the HOV lane. The vehicle, which appears to be a dark-coloured sedan, can be seen cutting into the barrier space between lanes, before abruptly entering back into the HOV lane.

The dark vehicle then makes contact with a grey-coloured vehicle, causing the grey vehicle to lose control and spin 180-degrees before coming to a stop.

The driver of the dark vehicle can be seen fleeing from the scene.

Anyone with any information regarding this incident should call Port Credit OPP at 905-278-6131.