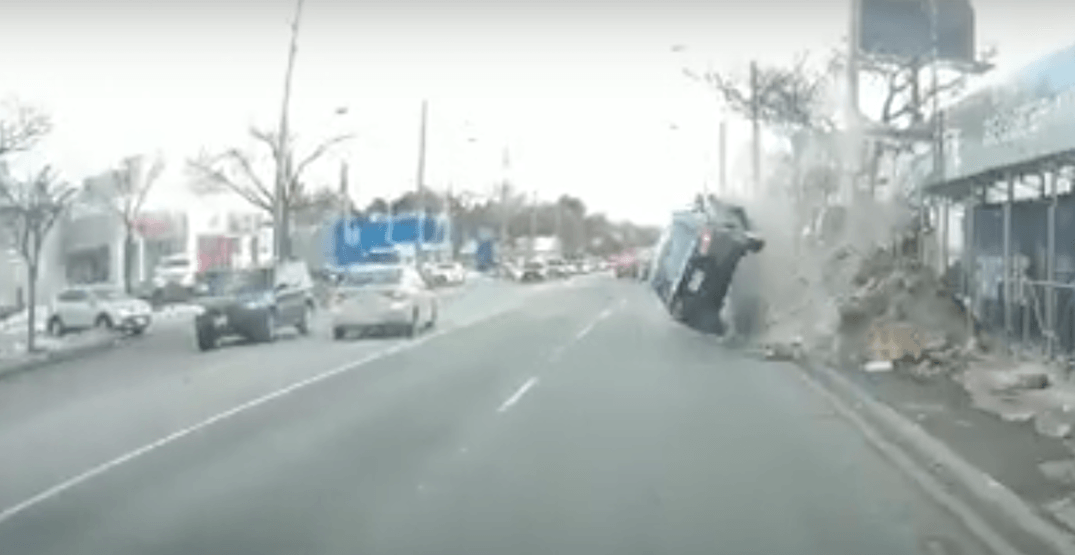 If there was ever a good visual to help demonstrate the dangers of distracted driving, this dashcam video might be it.

In the video, which was posted to YouTube by Matt Cooper, and entitled Don’t Text and Drive, a car can be seen gradually and continuously drifting across the road after it makes its way through an intersection in North York.

The video culminates with a collision between the car and what appears to be roadside construction debris – the impact sending the car airborne and onto its side.

Despite the dramatic footage, it sounds like the driver sustained relatively minor injuries.

“Thankfully, the driver is OK other than some minor lacerations from the glass,” Copper writes in the video’s description. “She’s incredibly lucky, as is anyone else who was nearby.”