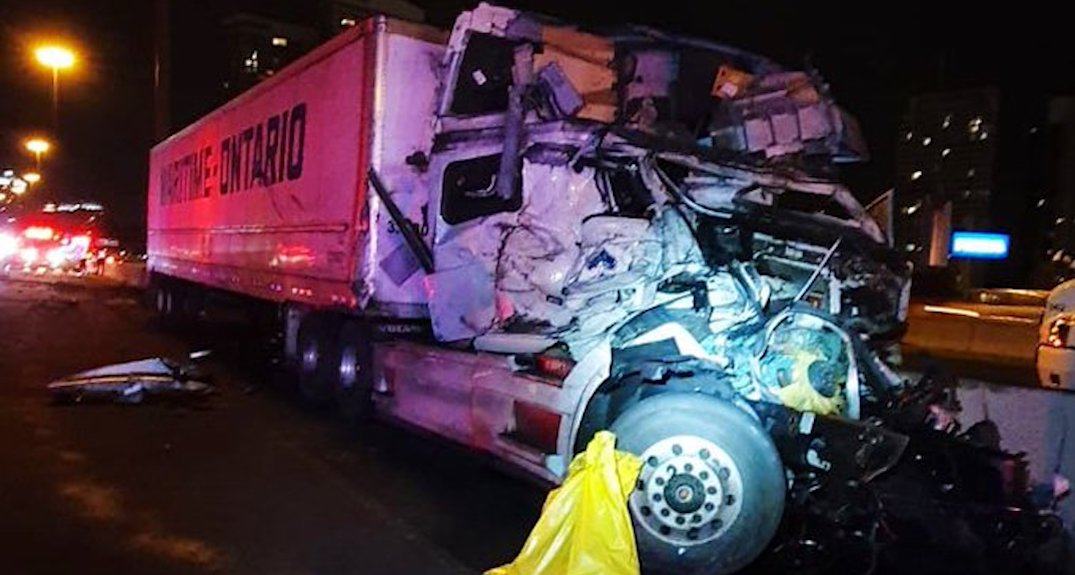 A transport truck driver has been charged with careless driving after causing a collision on Highway 401 early Monday morning.

The eastbound express lanes are closed past Bayview Avenue after a transport truck crashed into two other vehicles that were stopped due to a previous collision, according to OPP Sgt. Kerry Schmidt.

Schmidt said despite provincial police cruisers being parked in the area with their lights flashing to warn drivers to slow down, the transport driver did not reduce his speeds.

“It slammed into the back of another transport truck that was loaded with some sort of carbon material, which has spilled all across the highway, making a huge mess,” said Schmidt in a video posted on Twitter. He added that the second car hit was a passenger vehicle.

While none of the drivers suffered serious injuries as a result of the collision, the driver of the transport truck was transported to a nearby hospital with minor injuries.

The truck driver has since been charged with careless driving.