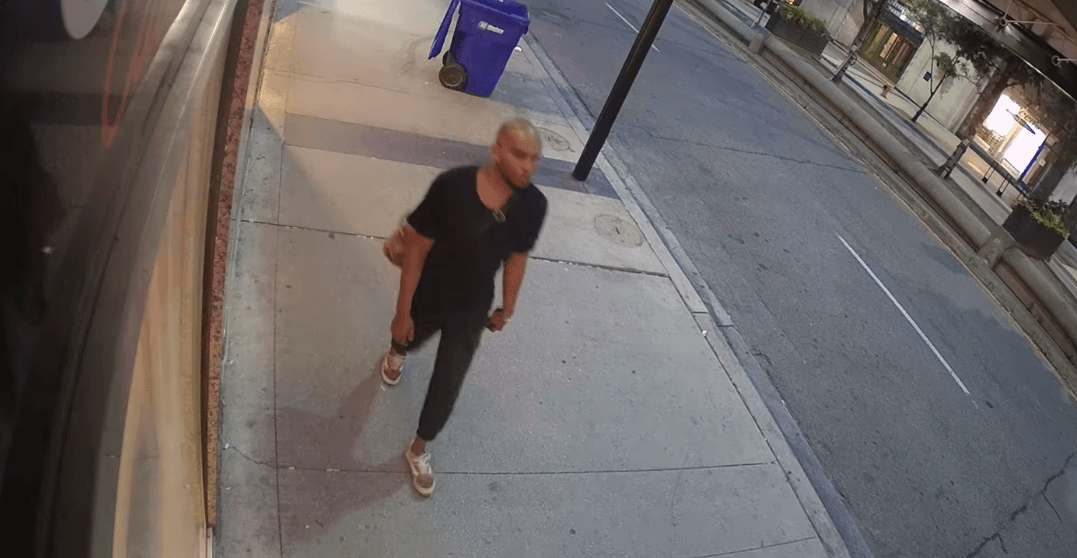 Toronto Police are alerting the public and looking for assistance in identifying a man wanted in connection to a sexual assault investigation.

According to police, on Wednesday, August 21, a 16-year-old girl was in the McGill Parkette near Yonge and Gerrard.

She was reportedly approached by a man who sexually assaulted her, and he fled the scene.

Police then say the following day, on Thursday, August 22, the same 16-year-old girl was in the parkette at 5:30 am when the same man returned.

He allegedly sexually assaulted her again, and fled the scene.

The man is described as 5’11” to 6’0″, bald, 21-29, slim build, wearing a black hooded sweatshirt with a blue logo, black pants, burgundy shoes. He had a brown or tanned satchel.