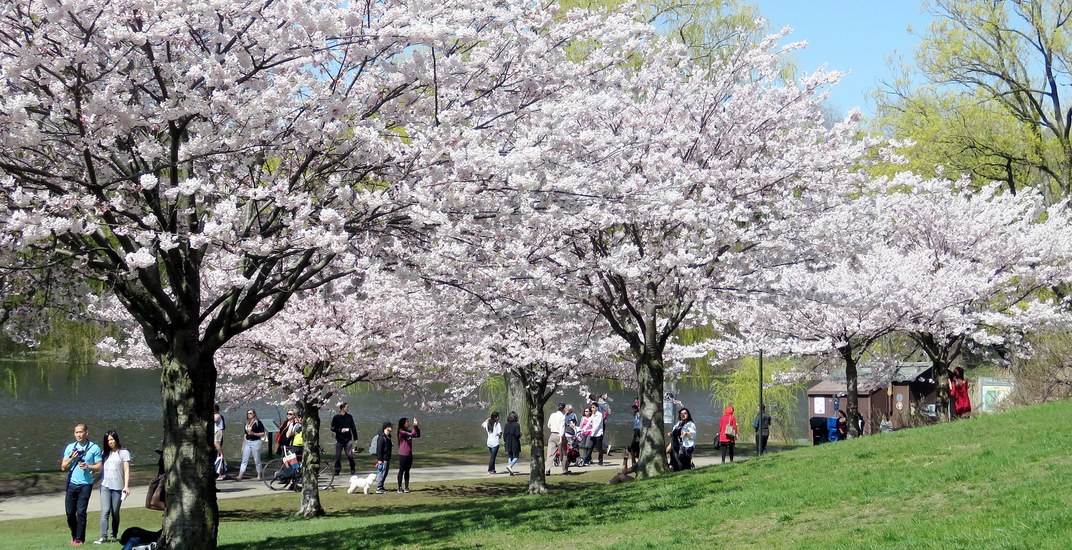 In its latest update released on April 17, Sakura in High Park has announced that “all blossom buds now have green tips, which means the trees are well into the second stages of development.”

The expected bloom date for Toronto’s most famous cherry blossoms is now estimated to take place at the end of this month and/or early May. Of course, warm weather today and throughout the following week will only help the buds on their journey to full bloom. Though excessive rain could hinder their progress (come on sun!).

The most exciting revelation from the recent update was the chance for 2019 to have a spectacular showing season:

One other noteworthy mention is that this year there are A LOT of great looking buds on the trees. This bodes well for a fantastic display of cherry blossoms when they finally do bloom.

This year marks the 60th anniversary of the 2,000 trees being presented to Canada by the then Japanese ambassador to Canada, Toru-Hagiwara, on behalf of Tokyo.

Keep in mind that, however, that for the first time ever vehicles will not be allowed to park or drive through High Park during the peak bloom period between late-April through early May.

This means you will not be allowed to drive into the park to any of the lots near Grenadier Café, Children’s Playground, or the High Park Zoo.

The change is aimed to increase public safety and ease traffic congestion both in the park and the surrounding neighbourhood.