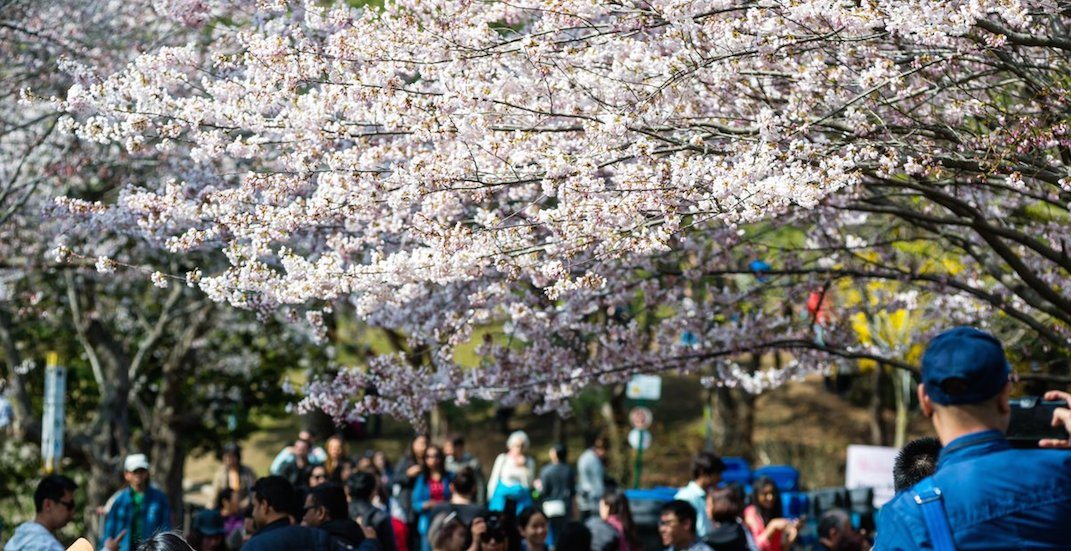 If you’ve ever visited High Park during cherry blossom season, you know the hype is real.

Every spring, tens of thousands of Torontonians flock to the park to catch a glimpse of the blossoms in peak bloom, which usually only last between four to 10 days, depending on weather conditions.

And while viewing the cherry blossoms is a beloved tradition, it causes headaches for residents in the area, who have to deal with the influx of vehicles, which causes transit and traffic delays.

Not to mention there’s not really anywhere to park, so visitors often end up blocking laneways and driveways.

This is why Ward 4 city councillor Gord Perks announced vehicles will be prohibited from accessing or parking in High Park during the peak of the blooming season.

In a letter sent to nearby residents, Perks said the changes are meant to address traffic and congestion challenges and “to ensure public safety in High Park during the festival.”

I could kiss @gordperks right now … and it’s probably not too early to say: DO NOT DRIVE to see the cherry blossoms at High Park! Take transit!

The influx of cars messes up transit and traffic flow every year, and there’s really nowhere to park anyway! pic.twitter.com/nm6dpUiKDQ

To help minimize the impact of traffic and congestion in the area, Perks said there will be a “significant increase” in the number of parking enforcement unit officers assigned to the park during the event and the officers will ticket vehicles found to be in violation of the new rules.

Officers will also have the ability to tow vehicles, Perks said.

In the letter, Perks said that residents living in the area can file a complaint if vehicles are blocking their driveway or are parked illegally.

“Many of these changes are being introduced for the very first time this year. As a result, there will be important lessons learned that can help inform our efforts in the future,” he said.

As for those with disabilities or may have difficulties walking to and from the park, Perks said there will be a plan in place to accommodate these visitors which will be announced at a later date.

Daily Hive reached out to the Toronto Police and councillor Gord Perks for comment but hadn’t heard back by the time of publication.