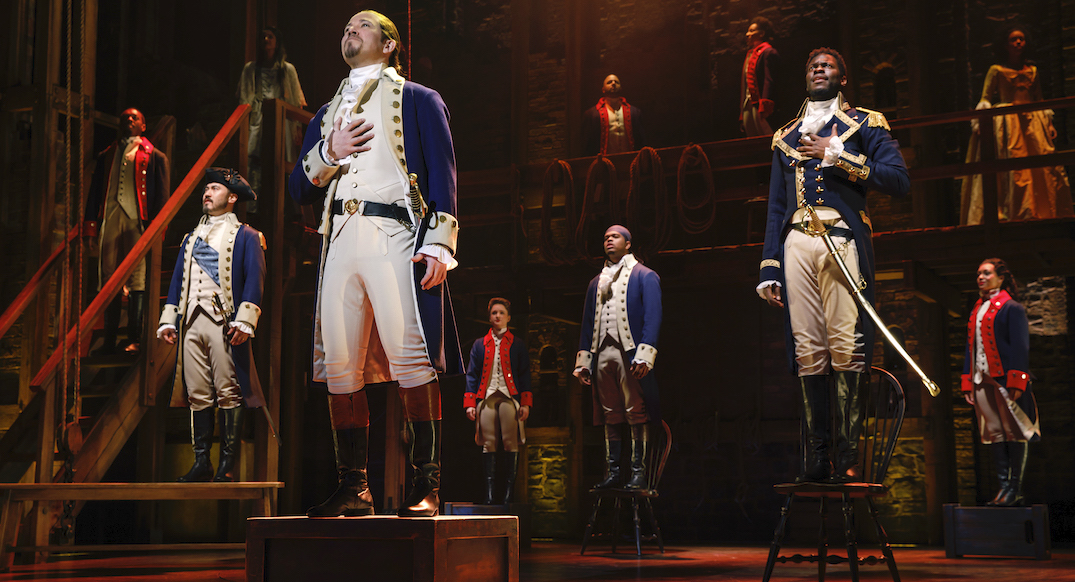 The day theatre fans have been waiting for in Toronto has arrived. Hamilton is officially open for its almost three-month run.

The city has been waiting for the production since 2016 when it was teased that it was coming. The following year, Mirvish confirmed that the Broadway hit was coming to Toronto in their 2019-2020 season.

And the wait is finally over.

The incredibly popular production is the story of America’s Founding Father Alexander Hamilton, an immigrant from the West Indies who became George Washington’s right-hand man during the Revolutionary War and was the new nation’s first Treasury Secretary, according to Mirvish. Featuring a score that blends hip-hop, jazz, blues, rap, R&B, and Broadway, “Hamilton is the story of America then, as told by America now.”

After winning a Tony, Grammy, and Olivier Awards, the Pulitzer Prize for Drama, Toronto was abuzz to finally get to see the highly anticipated musical.

And it is clear why.

Hamilton takes the classic aspect of theatre, and blends it with the modern musical twist that is harder to describe in words, and better to experience in person.

It’s no wonder it is a record-breaking show for Mirvish.

In October, Hamilton broke records in Toronto, months before its Canadian debut. At its peak sale time, about 30,000 theatre fans were on Mirvish’s website trying to snag tickets to the hottest show this year.

And for fans still looking, Mirvish will be selling $10 tickets to the popular theatrical performance through a digital lottery.

Yes, that is correct. While regular price ticket prices range from $50 to $275, these select tickets will cost you only $10.

According to Mirvish, 40 tickets will be sold for every performance for $10 each, and they will begin two days prior to each performance.

Here is how to get $10 tickets to Hamilton in Toronto

And once you secure your tickets, they may be picked up at will call beginning two hours prior to the performance with a valid photo ID.

This is definitely the best deal when it comes to the highly anticipated shows.