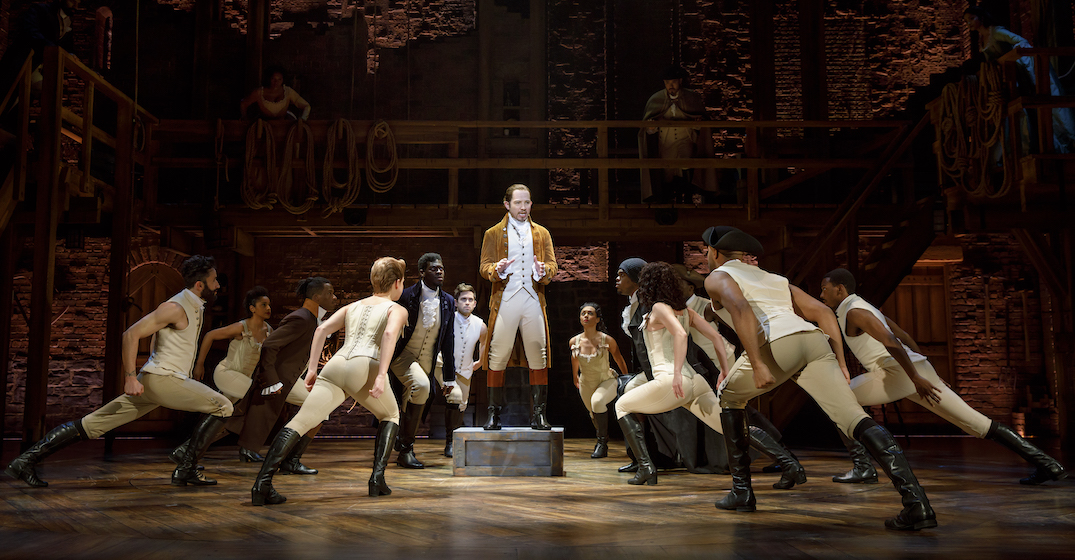 If you tried to get tickets to Hamilton when they went on sale on Monday morning, you weren’t alone.

In fact, you were in the company of about 30,000 other theatre fans.

And months before its Canadian debut, Hamilton has officially broken records in Toronto.

According to Mirvish’s John Karastamatis, Hamilton has broken the one-day sales record for any show at any Mirvish theatre since the Mirvish family began working in the business in 1963, and that was before Monday’s sale.

Karastamatis told Daily Hive that on Saturday, October 26, the show sold more than 44,000 pre-sale tickets, compared to the previous record which was 13,000 sold in one day.

“All sold-out shows at the Ed Mirvish Theatre end up selling the same amount of tickets — because the theatre holds the same amounts of seats each time, 2,300 per performance,” said Karastamatis. “The difference between Hamilton and other shows is the speed at which tickets have been bought.”

At its peak, the online queue for tickets had 30,000 people. And “for the last few hours it has consistently hovered around 20,000 in queue,” he said.

And for those still hoping to snag tickets, the shows are not sold-out, and Karastamatis said there are seats available, but there aren’t many available in pairs.

“There are lots of single seats,” he said. “Personally, I don’t mind sitting alone at the theatre, even when I attend with someone else. After all, I won’t be speaking with my friend during the show. And, each of us experiences a performance individually in our own head and heart.”

Karastamatis added that the beauty of a live performance is being in a room with strangers, and experiencing the story.

“The magic of live performance is being in a room with many strangers, all of us experiencing a story told by artists of the highest calibre in one space at one time,” he said. “The energy created by this encounter is what is magical about live performance. And that magic, again, is experienced individually in one’s head and heart. So, don’t worry about it. Sit alone. You can meet your friends before these… at intermission and after the show.”

For those insisting on pairs of tickets, Mirvish has also released several warnings regarding tickets sold on resale websites.

“It’s tempting to get tickets any way you can,” producer Jeffrey Seller noted even before tickets went on sale. “There are many sites and people who are selling overpriced, and in some cases, fraudulent tickets.”

They recommend all tickets to be purchased directly through Mirvish’s website.

If you’re okay with more last minute options, Mirvish did confirm that Hamilton has a tradition of offering a daily digital lottery for seats at $10 each. Details about this opportunity will be announced closer to the start of performances.