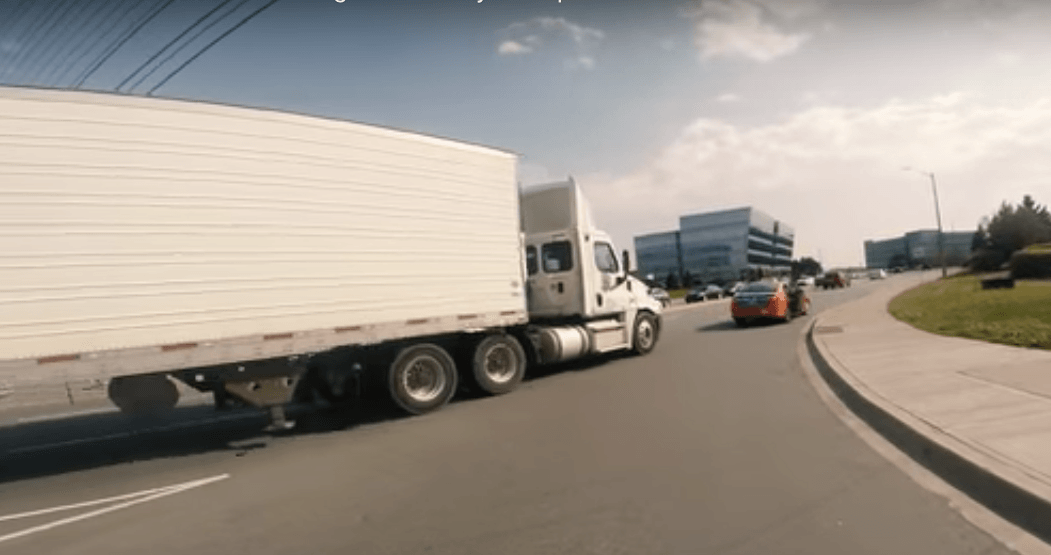 We’ve all seen our fair share of bad divers on the road in Toronto.

According to the user who uploaded the video, this almost-horrific-accident occurred on the border of Brampton and Mississauga.

As seen in the video, as the taxi driver takes a right to merge onto a busy major road, it comes to a complete stop the second it does so… with an 18-wheeler driving at full speed right behind it. The truck manages to stop on time, as a passenger is seen exiting the cab on the side of the road.

This will make you shake your head a few times.

Watch the video below if you’re in the mood to get angry.

(Discretion is advised: Language used in the video may be offensive to some.)