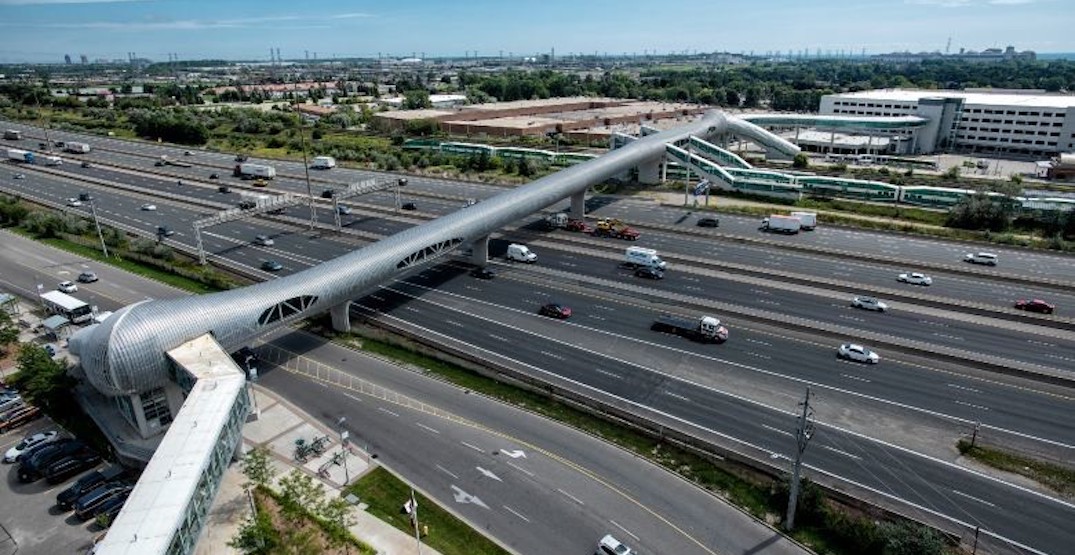 The GTA just earned itself a Guinness World Record, and it’s in a rather unusual category.

Pickering’s Pedestrian Bridge has officially been named the longest enclosed pedestrian bridge in the world by Guinness World Records.

At 250 metres, the pedestrian bridge spans 14 lanes of highway traffic, six active train tracks, and a two-lane city street. It conects the Pickering GO Station on the south side and Durham region’s largest shopping mall on the north.

Although the bridge is a relatively recent addition to the GTA, having just been completed in 2018, its large size (plus the 300 LED lights that illuminate it at night) made it instantly stand out.

In 2019, the GTA bridge earned the City of Pickering’s Urban Design Award and the Engineering News Record Global Best Projects Award in the tunnel/bridge category, so the Guinness World Record isn’t the first accolade for this crossing.

So the next time you’re making the long trek across the pedestrian bridge, just remind yourself that you’re getting to experience a world record first-hand.