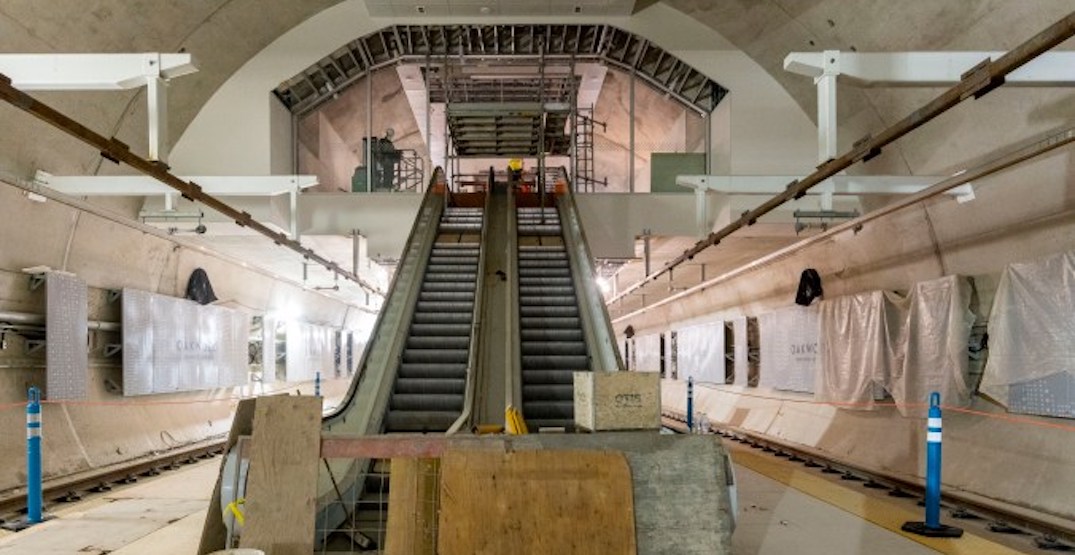 Toronto’s subway stations don’t look all that different from each other, except for some interesting decor choices like those in Museum Station. But for the under-construction Eglinton Crosstown station, the entire shape of it stands out.

The brand new Oakwood Station, located on the western half of the 25-station LRT at Oakwood and Eglinton, has been built in an unusual cylindrical shape that makes the entire station look like a tunnel.

According to a recent Metrolinx blog post, the cylindrical shape is “a remnant of the mining excavation method used to dig out the cavern sideways under Eglinton Avenue.”

“It has a different feel than some underground transit stations you may have visited,” the blog post reads.

The exterior of the main entrance to the Oakwood Crosstown station is set to have a bright, modern-looking facade that sits between retail spaces on the north side of the Eglinton-Oakwood intersection. 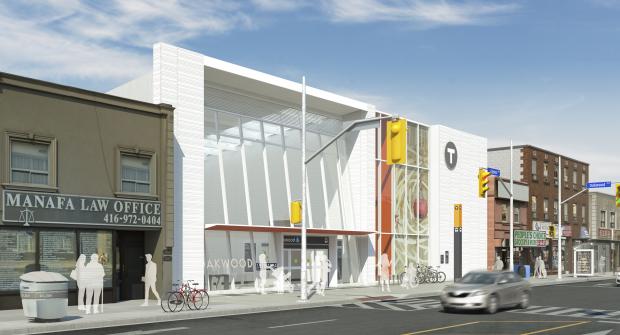 There will also be a secondary entrance located on the south side of Eglinton between Oakwood and Times Road. And for those looking to bike to the station, there will be 24 outdoor bicycle parking spaces.

With the majority of track laid down and train testing currently underway, construction crews are working to finish all of the stations before the Eglinton Crosstown is set to open next year. Once operational, it will add 19 km to Toronto’s public transit lines and, according to Metrolinx, will cut down crosstown travel time by as much as 60%.