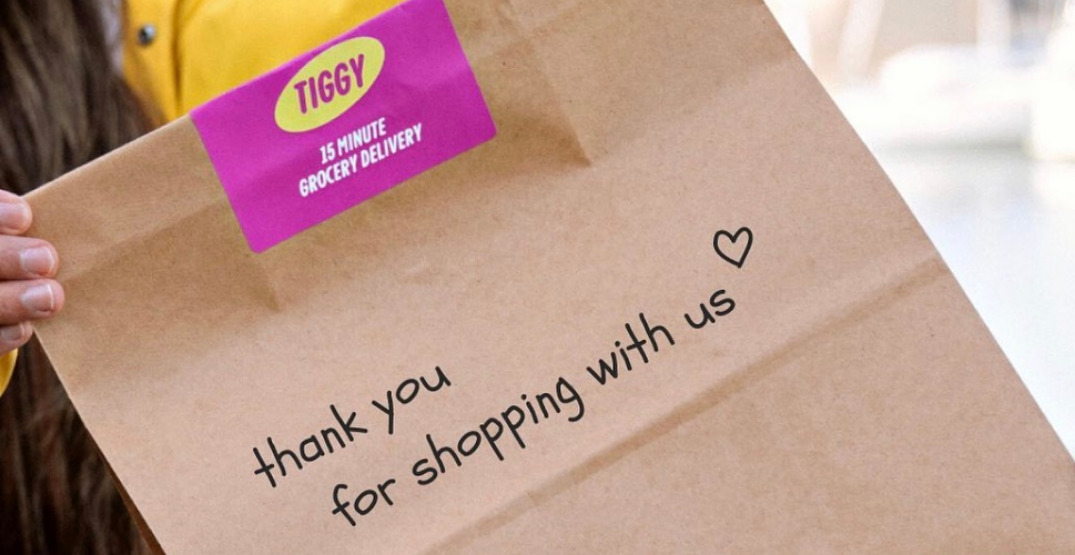 Grocery delivery service Tiggy, known for its 15-minute promise, has announced it will put a pause on operations in Toronto.

The Canadian-based company shared a statement on Instagram last week, telling its customers that it will go on hiatus in Toronto.

A post shared by Tiggy – Free Delivery in 15 minutes (@tiggyapp)

“We are in the process of relaunching Toronto and will be back soon with great products and even better service,” reads the post.

Although the company does not state clear reasoning for its decision, it has stated that it will continue to offer its service in Vancouver as normal.

In an effort to help further reduce food waste, Tiggy is offering customers big deals on its remaining items.

There’s no word yet as to whether or not this is a permanent decision for the company. Tiggy officially launched in Toronto back in January of this year.

Daily Hive has reached out to Tiggy for further comment.