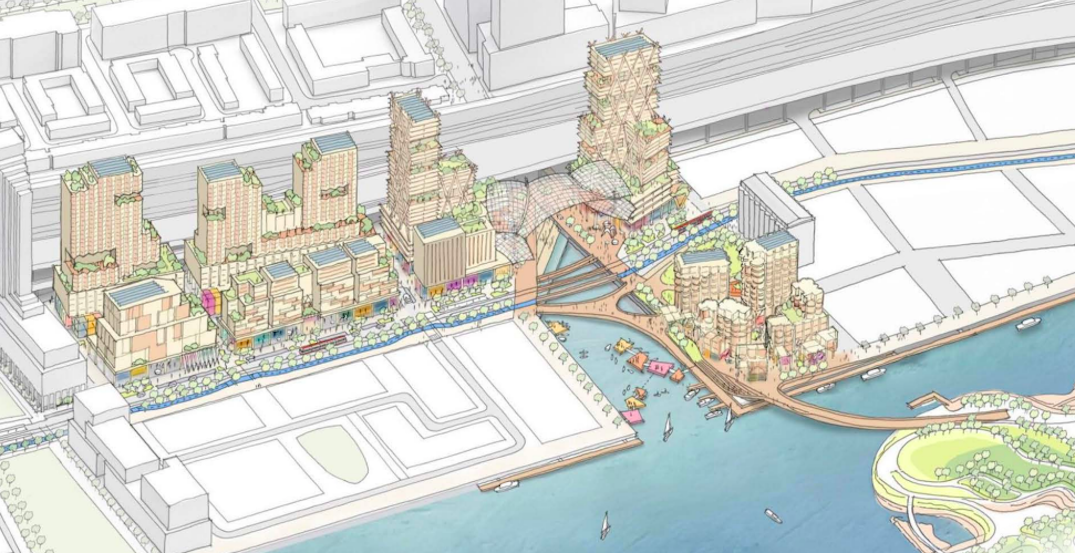 The plans were unveiled on Thursday as part of the ongoing consultation process by the Google-affiliated company that’s been tasked with transforming the 12-acre waterfront property into a “smart city.”

Earlier this year, proposed promises included sustainable skyscrapers made of timber, modular pavement tiles that can melt away ice and snow, covered walkways inspired by ancient Greece, and even building raincoats that would shield people from rain and snow.

The new plans show that there will be over 9000 jobs created in the province as a result of the building construction at Quayside, 3,900 of those will be local.

Besides that, the company says that in terms of housing, it won’t be all condos.

“Our proposed plan for Quayside leverages some of the world’s best urban design and emerging technology, but it is also a home-grown response to some of the challenges Toronto is facing as it grows — like traffic congestion, housing affordability, and job creation,” said Jesse Shapins of Sidewalk Labs.

“We have worked to be as responsive as possible to the objectives Waterfront Toronto has put at the center of this project from the very beginning. Quayside sits at a remarkable location that is at a crossroads between the city’s downtown, the east end, and the Port Lands.”

“We now have a better idea of what they would like to see the neighbourhood look like once it is built and how it can feature innovation on a global scale for the benefit of Torontonians and urban residents around the world,” Tory said in a statement. “I am determined to build more housing in Toronto to help address affordability issues.”

The latest draft site plans show a more in depth and updated look at the Quayside development after the original 200-page proposal was released in October of last year.