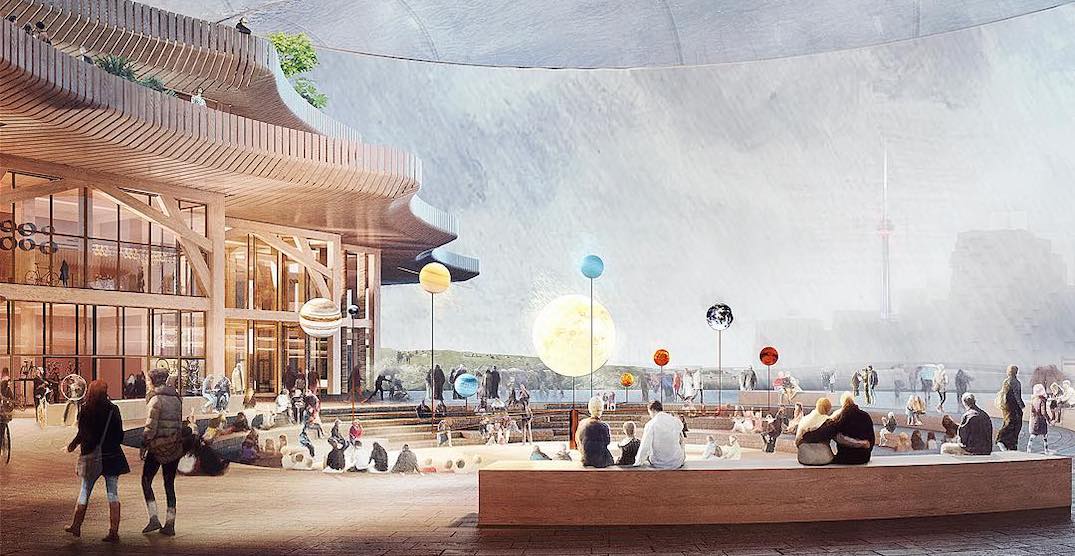 Google’s Sidewalk Labs is being challenged by the Canadian Civil Liberties Association (CCLA).

An open letter from the CCLA to all three levels of government addresses the Quayside Sidewalk Toronto Project, by the Google-affiliated company, has resulted in decisions that are “unconstitutional and contrary to statute, common law and administrative law.”

The Association is calling for a reset of the project.

“Hit CTRL-ALT-DELETE on Sidewalk Toronto: before bidding and procurement, you must first legislate protections for the people from the risks of surveillance capitalism on our streets,” states the letter, written by Michael Bryant, Executive Director & General Counsel, and Dr. Brenda McPhail, Director of Privacy, Tech & Surveillance.

The CCLA wants Sidewalk Toronto and the Quayside project to be halted, with no further new Quayside RFP issued until adequate public consultation and the three government levels “have established digital data governance policies for the appropriate collection, ownership, use and residency of personal information and other data obtained from public places in any embedded sensor laden, data harvesting Smart City contemplated for Quayside.”

It further states that Waterfront Toronto, which is working with Sidewalk Labs, was supposed to be a real estate revitalization company, not an unelected, unaccountable Data & Privacy Czar.

“The constitutional problem boils down to outsourcing the public interest to a private company without any democratic or legal authority,” said the CCLA in the letter. “That in turn risks civil liberties within a free and democratic society.”

While only elected legislators have the constitutional authority to enact civil liberties protections in law, the CCLA said that the governments have left that task to a subsidiary of Alphabet Inc.

“Protecting the public interest, forging the rules of the road for data, surveillance and privacy within a Smart City: that’s your constitutional job, as leaders of our three levels of government,” it said, adding there are Charter risks as well.

“We believe that the Waterfront Toronto-Sidewalk Labs Framework Agreement and the Plan Development Agreement (“PDA”) contemplate a non-consensual, state-authorized mass capture of Canadians’ personal information,” said the CCLA. “As such, the Charter is engaged and breached: namely, Canadians’ right to privacy under the Charter, section 2 (fundamental freedoms of assembly and association), section 7 (life, liberty and security of the person), and section 8 (unreasonable search or seizure).”

As such, the CCLA said it is contemplating litigation in this matter because the “governments behave as if unaware that, constitutionally, the emperor has no clothes.”

In response, Sidewalk Labs said that the project is for the City of Toronto and will be up to all three levels of government to decide if it should go forward.

“The distortions in the letter and the threat of a lawsuit may make for good headlines but have no basis in fact or law,” said Keerthana Rang, Sidewalk Labs.

“Our work is informed by discussions with more than 18,000 Torontonians so far, including leading experts and advocates on issues of privacy and data governance.”

Rang said that from the beginning Sidewalk Toronto has committed to following Canadian privacy law.

“Moreover, we anticipate robust privacy protections that will go further than the law currently requires. Decision-making about what data can be collected and how it can be used will be in the hands of the community, not any single company,” said Rang.

“Mayor Tory has been clear that any final proposal from Sidewalk Labs will be given full public scrutiny, subject to public consultation and discussion, and, ultimately, consideration by Waterfront Toronto and City Council,” said Don Peat, executive director of communications for Mayor Tory, in response to the CCLA.

“This consideration and approval process will apply to a wide range of issues including those raised in the CCLA letter.”

Last month, a survey commissioned by the Toronto Region Board of Trade showed that despite months of negative headlines about an apparent wave of public opposition against Toronto’s Sidewalk Labs-Waterfront Toronto partnership, nearly two-thirds believe Toronto’s tech sector growth is a good trend, with only 3% believing it to be negative.

Environics Research’s survey also showed few held strong opinions in support or opposition to the Sidewalk Labs project, with 55% supporting the project, while 11% opposed it.

The Quayside project has prompted many questions around data collection, storage, use and consent. Check out this Info Sheet where we address some of these questions: https://t.co/4h0d1YsFNx pic.twitter.com/WRUFHdV4Q8

“The Board of Trade is glad that Sidewalk Labs is here, and glad the company has a shot at bringing innovative development ideas to Quayside alongside our growing smart cities sector in Toronto,” said Jan De Silva, President & CEO, Toronto Region Board of Trade in February.

“But our support isn’t unconditional. There’s a process for Sidewalk Labs to confirm approval for their ideas with Waterfront Toronto and no less than three different levels of government. Public policy issues like data governance must be resolved as that process unfolds.”

Rang said that Sidewalk is looking forward to continuing to consult with Torontonians to get the project right.

“We would also invite the CCLA to sit down with us to discuss the process we’ve followed, what we’ve heard from Torontonians and our proposed, community-led data governance initiatives,” she said.

And a discussion is welcomed by CCLA, who rather than fully scrapping a Smart City idea, asked for a reset of Sidewalk Toronto.

“A change of course is needed. Ask not what your country can do for technology – ask what technology can do for your country,” read the letter. “If you won’t reset through government or by elected assembly, civil society may need to through the courts.”

The CCLA is described as an independent, non-partisan, national organization that has been promoting and defending Canadians’ rights and freedoms since 1964.