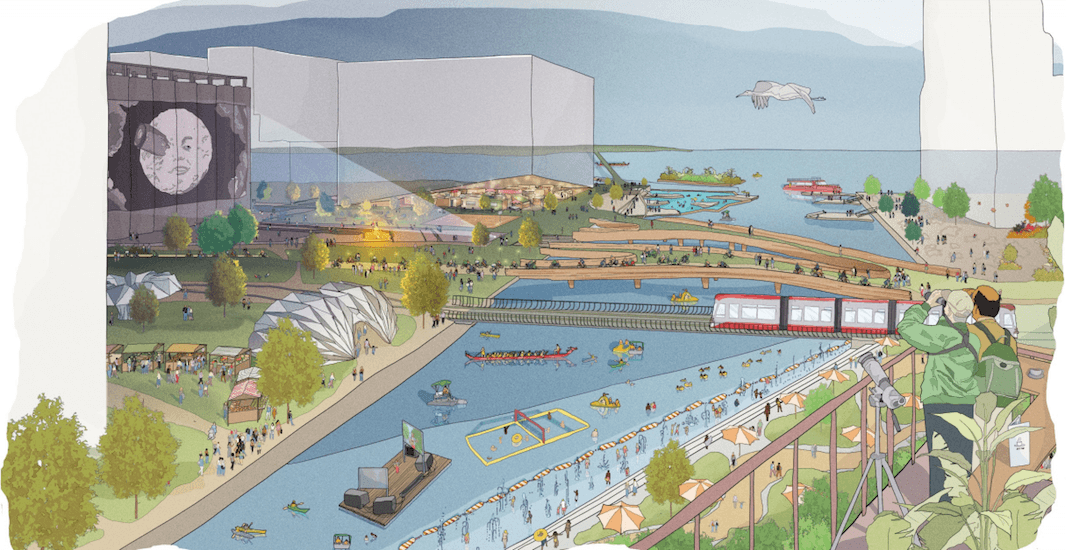 The plans were unveiled last week as part of the ongoing consultation process by the Google-affiliated company that’s been tasked with transforming the 12-acre waterfront property into a “smart city.”

Among the proposed promises are sustainable skyscrapers made of timber, modular pavement tiles that can melt away ice and snow, covered walkways inspired by ancient Greece, and even building raincoats that would shield people from rain and snow.

The newly released plans are the public’s second look at the Quayside development after the original 200-page proposal was released in October of last year. 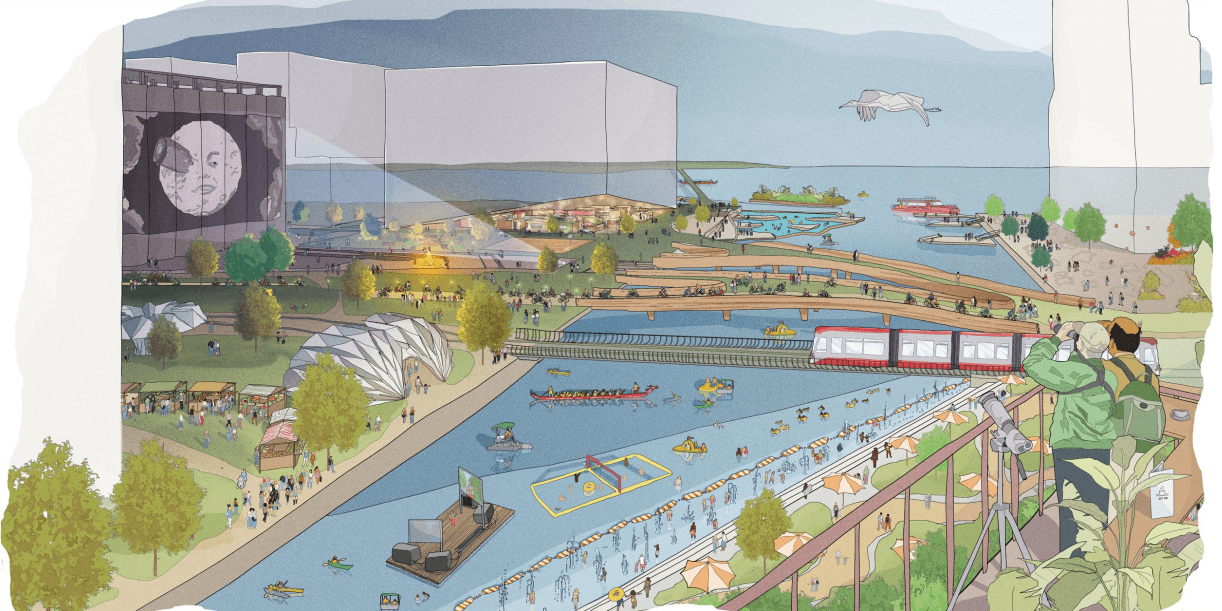 As part of the plans, Sidewalk Labs is planning on testing a unique road surface made up of modular hexagon-shaped tiles that can easily be replaced for faster maintenance and also change colours to change road traffic, heated to melt snow and ice, and swapped out to add green spaces. 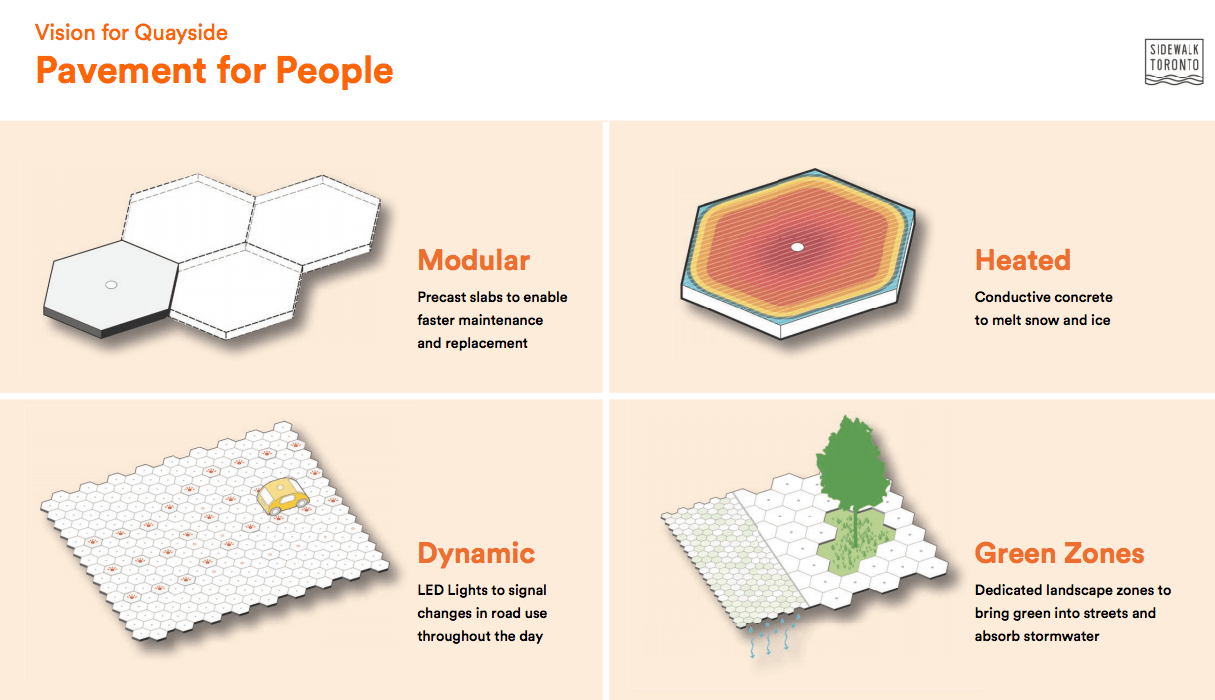 Sidewalk Labs also proposed to build 30-storey buildings made mostly of timber sourced from Canada, which would feature warm, calming interiors and be healthier for both construction workers and future occupants.

But what still remains unclear is what kind of data and money are needed to bring these bold plans to life.

Hopefully, by the time the Sidewalk Labs’ Master Innovation and Development plan is due at the end of 2018, these concerns will be addressed.