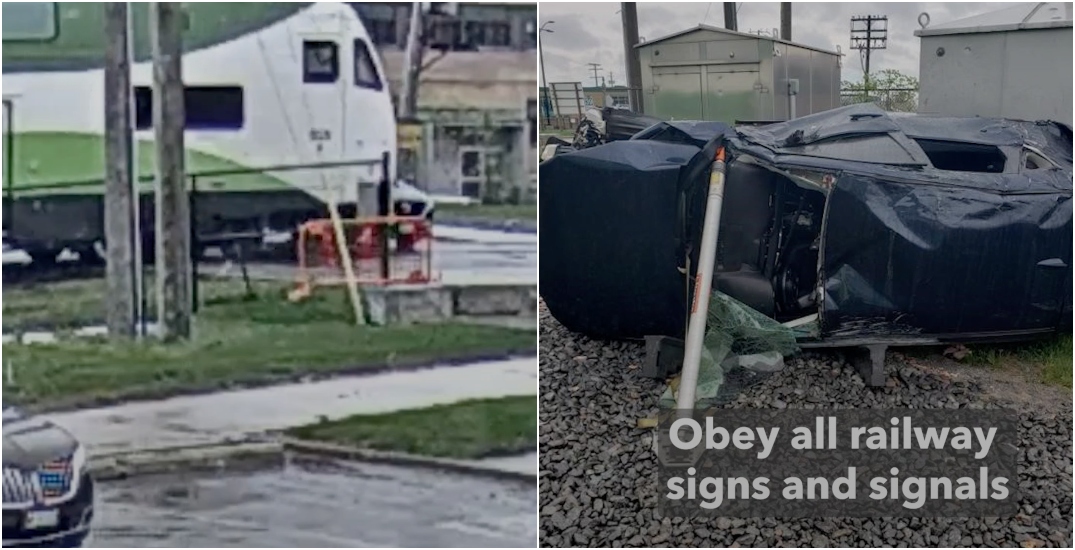 Metrolinx has released jaw-dropping footage of a train barrelling straight into a car that stopped on the tracks.

The government agency released the video on June 20 to raise awareness and warn drivers about the hazards of not following traffic safety rules.

Metrolinx tweeted: “Do not do what this driver did. Obey all signs and signals. At railway crossings, use the designated crossings; they’re designed to keep you safe.”

The video shows two cars stopping as the gate slowly comes down at a level crossing with lights flashing to warn drivers of an oncoming train. However, the driver of a black SUV can be seen driving around the barrier then stopping on the train tracks. Within seconds, it’s struck by a GO Train.

“Don’t do this!” warns the caption on the video. 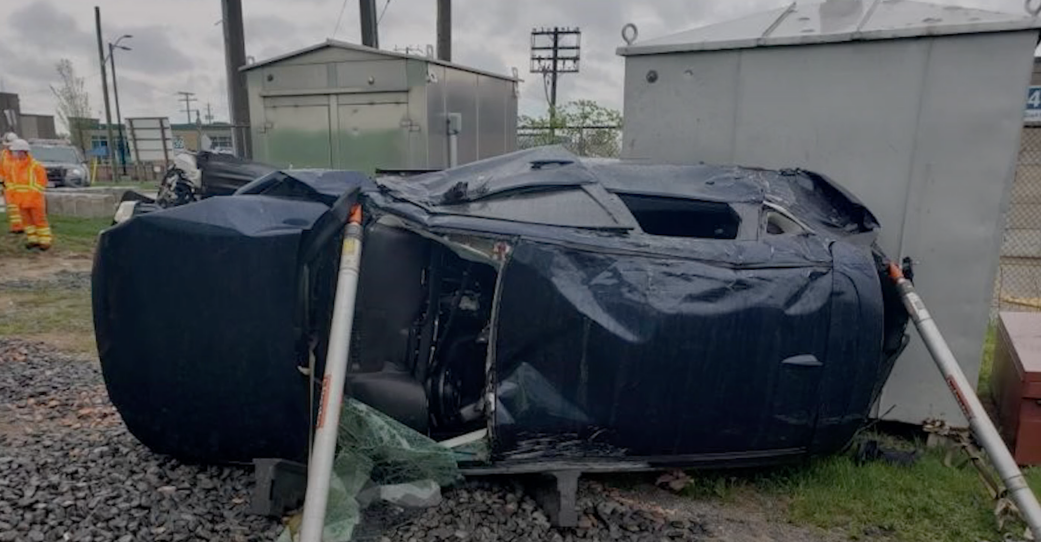 It’s hard to imagine what made the driver decide to take a chance but, luckily, according to the Metrolinx release, “the driver escaped without significant injuries.”

The driver is now facing charges.

It appears that the incident caught on camera occurred in mid-May near the Carl Hall Road rail crossing in North York near Downsview Airport. 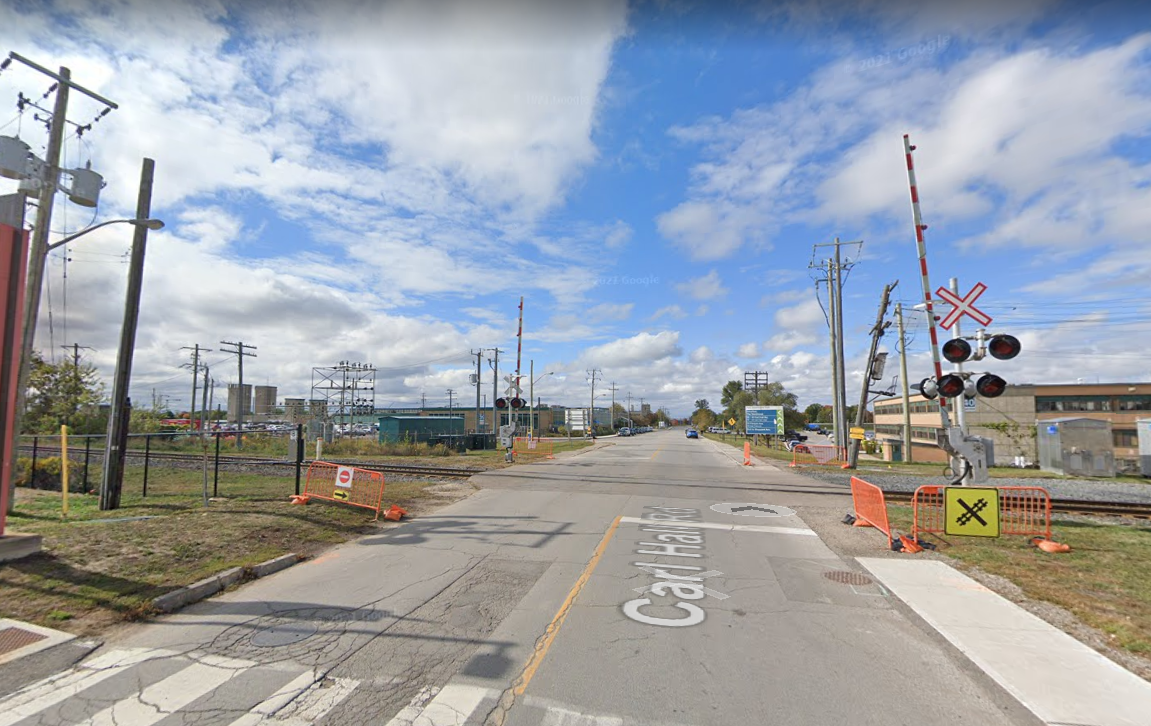 “Most of these incidents, like the one in the video, are preventable,” said Martin Gallagher, chief safety officer at Metrolinx.

On hundred Canadians are seriously injured or killed every year at level crossings, according to Operation Lifesaver Canada, a partnership initiative of the Railway Association of Transport Canada.

Gallagher said that collisions at level crossings are caused by pedestrians, cyclists, and drivers “who deliberately take risks or make bad decisions by mistake, out of habit or because they’re distracted.”

“Safety at level crossings doesn’t just happen,” said Fay Pittman, chief engineer at Metrolinx. “It requires the constant vigilance of each and every one of us to keep each other safe.”

They’re urging people on foot or in a vehicle to:

“This incident could have been much worse, for the driver and everyone on and near the train,” said Gallagher.