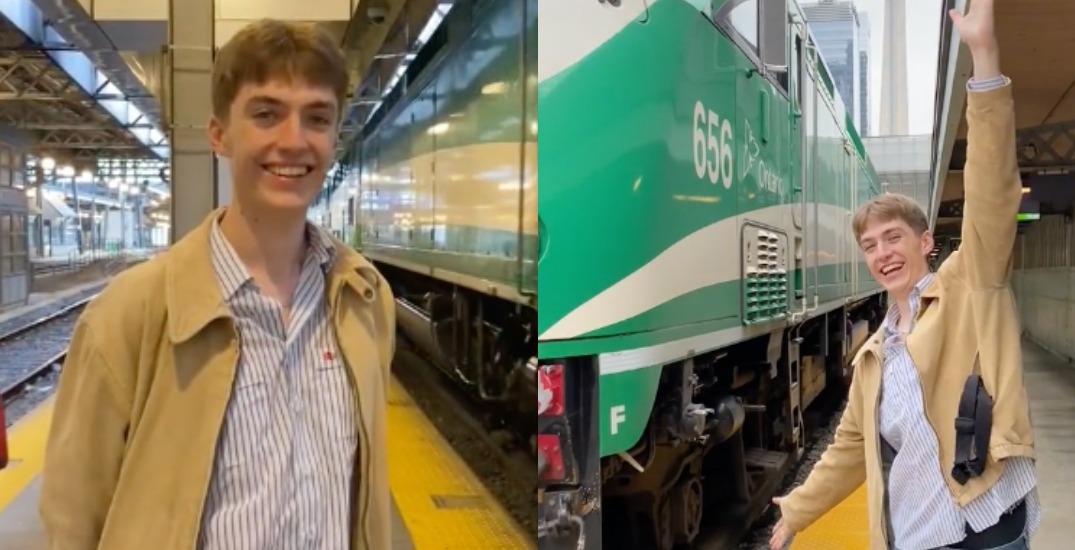 Francis Bourgeois is back, and he’s taking the GO Train.

The famous British TikToker who shares his enthusiasm for trains with his 2.6 million followers recently boarded the UP Express, where he was extremely impressed by the quality of the seats.

“I’m happy to say that the seats certainly pass the ‘would I wear it as a jumper’ test,” he stated. And then there was his review of the UP Express toilets.

“They were spotless and smelled like fresh Canadian air,” said Bourgeois.

So what are his thoughts on the GO Train?

“The trains in Canada are HUGE!” he says while standing on a platform at Union Station. After jumping aboard the train and spinning on a pole, Bourgeois explains that he’s heading to Rouge Hill, although the train does go to far-flung places like London.

“London that’s in Ontario, not the UK,” he adds.

His first time on a double-decker train appears to have been a pleasant one.

Not only was he impressed with the service, taking a moment to appreciate the “chivalrous guard,” but he also made sure to stand next to the train “to hear that EMD (Electro-Motive Diesel) roar.”

He clearly has quite a following in Canada, with one user commenting, “The fact that Francis has gone past my house has me feeling light-headed.”

Unfortunately, Bourgeois failed to mention if GO Train seats pass his ‘would I wear it as a jumper’ test.