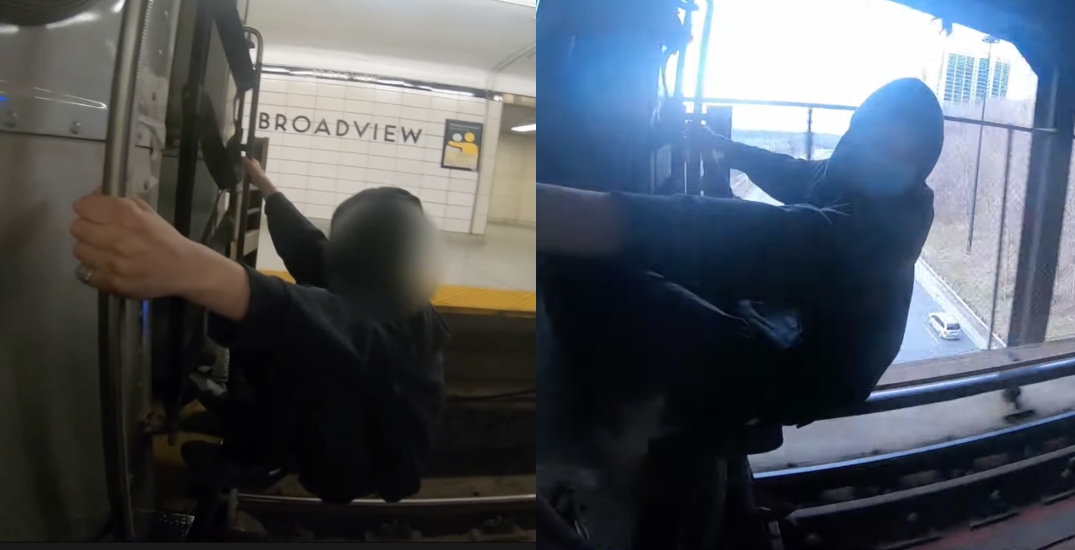 You’d think that when doing something illegal, people would prefer secrecy but not in the case of these Toronto subway surfers.

Instead, they post their videos online demonstrating dangerous stunts around the city.

A YouTube channel named Toronto Climbs has been gaining attention for clips that show people subway surfing in Toronto. Watch below:

In the two-minute video titled “Subway Surfing on the TTC Pt. 3,” someone holding the camera shows another person in a hoodie with their face obscured with a disposable mask. 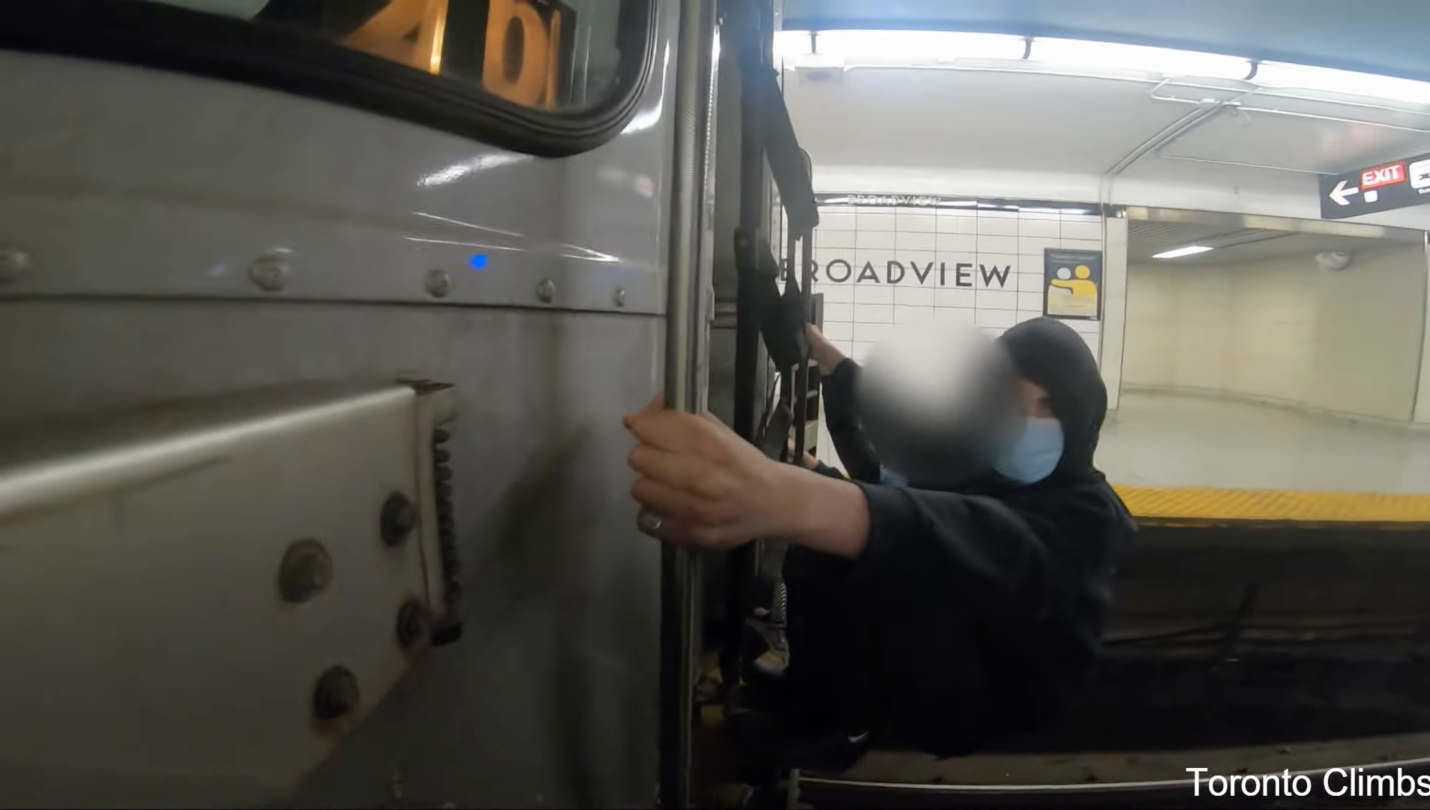 Together, they jump off the platform at Broadview Station, running over tracks, before gripping the handles of a subway car as it hurtles through the tunnel towards the next station. 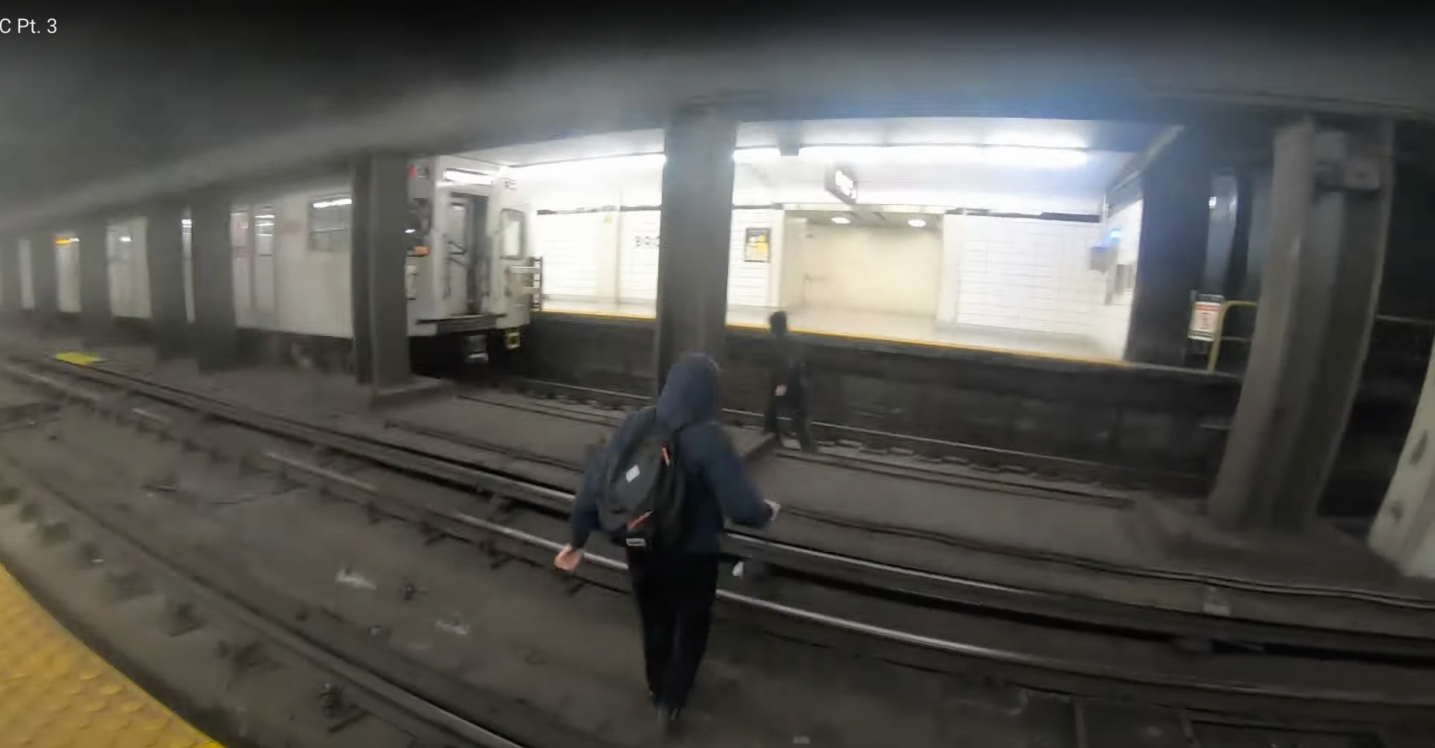 The pair can be seen jumping off at Castle Frank and running up the stairs, likely to avoid getting caught.

In the most viewed video titled “Subway Surfing on the TTC Pt. 4,” a person holding a camera can be seen opening the doors between cars as the subway speeds along the tracks. They then climb onto the roof of the next car and briefly take a 180-degree video of the view before hopping back down and running out of the station.

The video, which is less than a minute long, has gained over 9,000 views in just three days. Some comments are flippant, with one user referring to the Super Mario game, stating, “You’re supposed to run to the top and collect coins.” Other viewers are not impressed with one user commenting, “Eventually though it ends in jail or death like many others, if you guys are ok with that it is what it is. You guys got more attention now too. Hope you guys survive.”

In other videos, people can be seen climbing cranes and entering construction sites. As of writing, the channel, which was created in May 2020, has over 18,000 views and 373 subscribers.

Daily Hive has reached out to the TTC for a comment.