There’s an entirely new reason to get behind Toronto’s Amazon HQ2 bid.

While a decision from Amazon to make Toronto their home away from home would no doubt boost the economy and create up to 50,000 jobs, it could also put some money in your pocket. 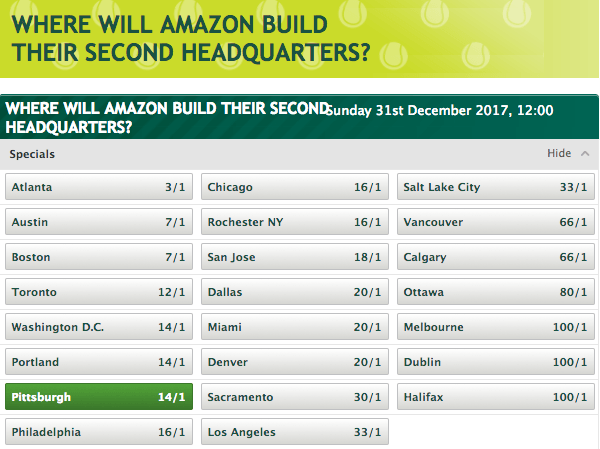 To put that into cold hard cash, if you dropped a $50 bet on Toronto winning the bid, and they win, you’d be taking home a cool $650.