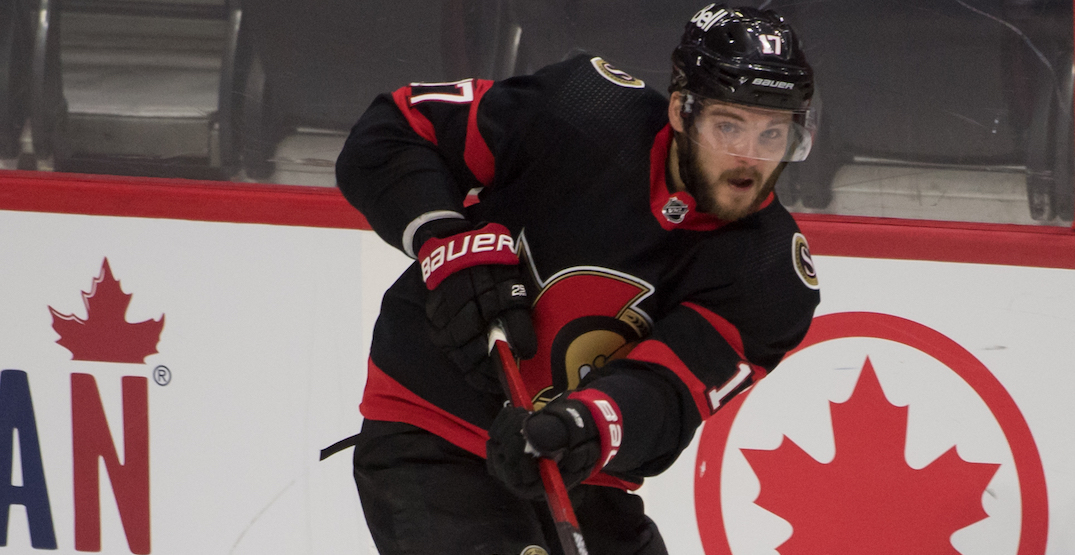 The Toronto Maple Leafs added to their offence on Monday, acquiring Alex Galchenyuk from the Carolina Hurricanes for forward Egor Korshkov and defenceman David Warsofsky.

Looking at the trade, it is a low-risk, high-reward situation, as Galchenyuk has bounced around the league a bunch during his nine-year NHL career. Toronto will be the 27-year-old’s seventh different NHL team, and his sixth in the past two years alone. He is currently on a one-year contract with a cap hit of $1.05 million.

The Leafs did not have to give up any top-flight prospects or current roster players for a guy who, in the past, has shown the ability to be a productive scorer in the NHL.

While Galchenyuk has not lived up to the third-overall-pick billing that he entered the league with, he is a good depth piece for a team what will not rely on him to produce at a high level.

Galchenyuk was born in Milwaukee, Wisconsin but did not stay long as his Belarusian father’s hockey career took Alex to many places worldwide including the United States, Germany, Italy, Switzerland, and Russia.

This caused Alex to be fluent in a variety of languages.

“I can speak Italian, Russian and English obviously,” Galchenyuk said at the 2012 NHL Draft Combine. “I used to speak French, but I forgot it.”

Galchenyuk started his junior career with the Sarnia Sting of the OHL. In his first season with the team, Alex was named to the OHL All-Rookie Team for putting up 83 points in 68 games.

Unfortunately, Galchenyuk sat out for nearly six months in his second season after tearing his ACL in an exhibition game. In total, he played in 103 games with Sarnia over three seasons and put up 144 points.

The 6-foot-1 forward, along with his sister Anna, received the Medal of Honour from the National Assembly of Quebec for his work with the Association of Young Stutterers of Quebec.

As part of the event where he received the honour, he participated in a ball hockey game which saw all the kids part of the foundation received signed Galchenyuk jerseys and T-shirts. He also invited two children who won a meet and greet with Alex to the Canadiens 2015 home opener.

Throughout his six NHL seasons with Montreal, Alex produced 255 points in 418 games. At 22 years and 57 days old, he became the third-youngest player in Canadiens history to score 30 goals in a season, when he did it in his third year.

The only other former Habs who did it quicker were Bernie Geoffrion and Stephane Richer.

5. He has his own business and agency

GBE is a family business designed to promote a healthy lifestyle through hockey, wellness, and philanthropy.