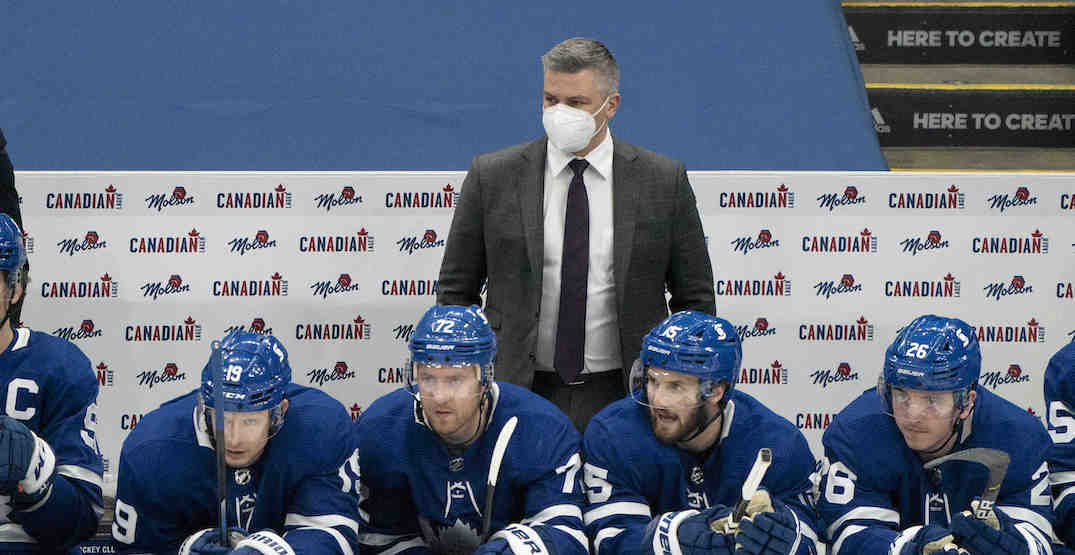 Toronto Maple Leafs fans are once again feeling the sting of a blown lead.

The team blew a 5-1 lead against the lowly Ottawa Senators last night and lost the game in overtime 6-5.

Toronto dominated the early parts of the game outshooting the Senators 13-4 in the first period held a 5-1 lead up until the final seconds of the second period. That is when it started to go wrong as Ottawa forward Nick Paul scored a shorthanded goal with nine seconds left in the period to cut the lead to 5-2.

From there it was all downhill for the Leafs as they allowed three straight goals in the third period and the overtime winner to lose the game which had looked like such a slam dunk win earlier.

Leafs fans took to social media in droves to express their anger and dismay at the team for blowing another game, as the team has famously done in the past.

the toronto maple leafs when they have a 5-1 lead: pic.twitter.com/ENjflxjmOp

Absolutey classic showing from the Toronto maple leafs! Nothing like blowing a 4 goal lead.

Why did I chose the Toronto Maple Leafs to be the team I root for…WHY????

The Toronto Maple Leafs did WHAT?!?!

The Toronto Maple Leafs will never run out of ways to crush their fans’ souls. Never. https://t.co/r4Nvf0p4tx

Only the Toronto Maple Leafs will blow 5-1 lead

I hate being a leafs fan #TorontoMapleLeafs

THIS IS WORSE THAN THE ZAMBONI DRIVER GAME

All I know is pain pic.twitter.com/wSX34AWzbg

Pathetic, why do we even cheer for this team anymore? We get excited for them when they play well…and then as per usual….the truck goes over the cliff.

What an absolute JOKE to lose to the WORST team in the @NHL with a 5-1 lead is about as embarrassing as it gets, this team needs to take a HARD look in the mirror and great this as a lesson and learn from it cause of this happens when games really count we’re done #LeafsForever

Only Toronto could blow a game like that…….. Almost not surprised anymore 🤦‍♂️ pic.twitter.com/caVxEcTYKL