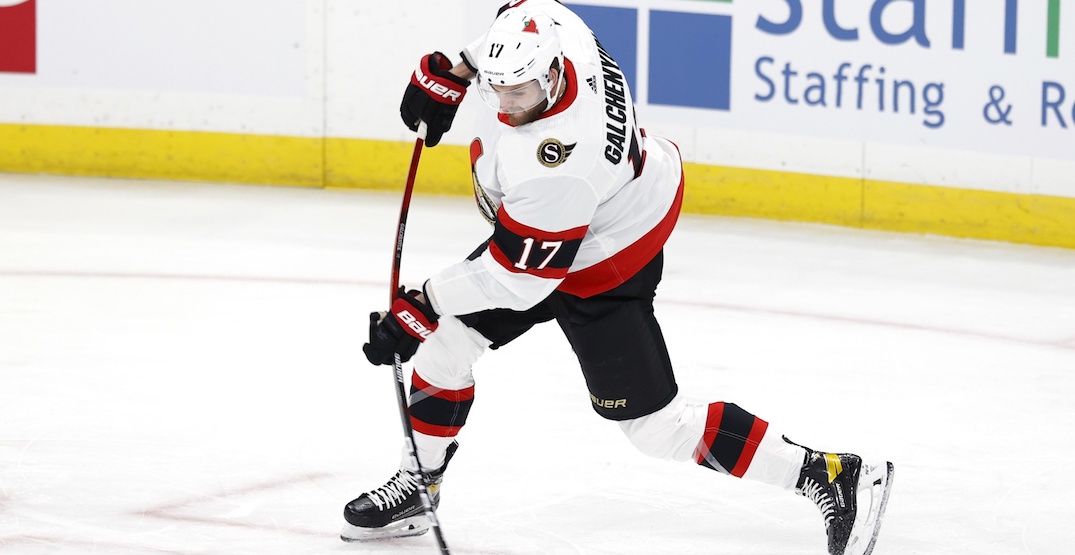 Alex Galchenyuk is coming back to Canada.

After being dealt by the Ottawa Senators to the Carolina Hurricanes two days ago, the 27-year-old forward has been traded to the Toronto Maple Leafs.

The Leafs gave up forward Egor Korshkov and defenceman David Warsofsky in the deal to get the former third overall draft pick.

Galchenyuk has just one goal in no assists in eight games this season. Last season, he posted eight goals and 24 points in 59 games split between Pittsburgh and Minnesota.

A former 30-goal scorer with the Montreal Canadiens in 2015-16, Galchenyuk has scored at least 19 goals in a season four times in his career.

Now with his seventh NHL team, Galchenyuk has 321 points in 557 career games.