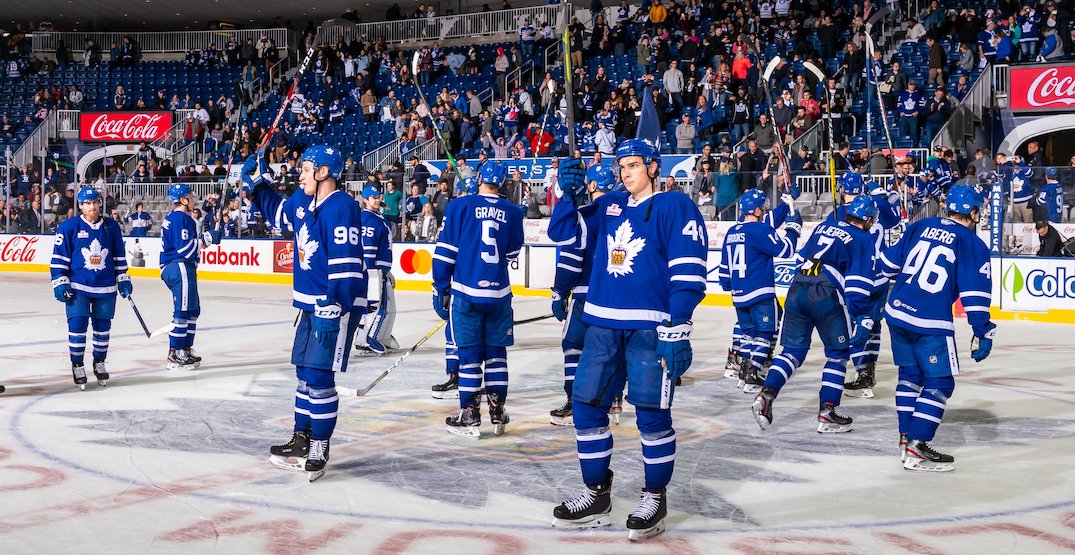 Ontario-based AHL teams will get to play in their home arenas this season.

The province has given the green light for the Toronto Marlies and the Belleville Senators, to play home games this season.

“I am pleased to share that Ontario’s AHL teams will be able to play in Ontario,” Minister of Heritage, Sport, Tourism and Culture Industries in Ontario Lisa MacLeod said in a statement.

“As a direct feeder league for Ontario’s two NHL teams, the AHL has proposed comparable guidelines to that of the Toronto Maple Leafs and Ottawa Senators, ensuring the safety of players, staff, their families and the local community.”

“Welcoming back athletes to Ontario in a safe and measured way will help to protect the continuity of our $12.6 billion provincial sports sector and lay the foundation for a full resumption of play when it is safe to do so.”

This season 28 teams are competing in the AHL season with those teams split up into five divisions.

The league has created a Canadian Division, similar to the NHL’s, for this season to avoid border restrictions. The division includes the Laval Rocket, Manitoba Moose, Toronto Marlies, Belleville Senators, and Stockton Heat, who have relocated to Calgary (home of their NHL affiliate, the Calgary Flames).

Play in the five-team Canadian Division is set to begin today, but the league put the Marlies and the Senators on the road for all of February as it waited for a call from Ontario on if they would be able to play in the province. So, the Marlies will begin their season with an eight-game road trip.

The AHL has released the February schedule of games for the five teams in the Canadian Division. pic.twitter.com/huVUB76y4l

The Toronto Marlies’ first game is against the Manitoba Moose on Monday.