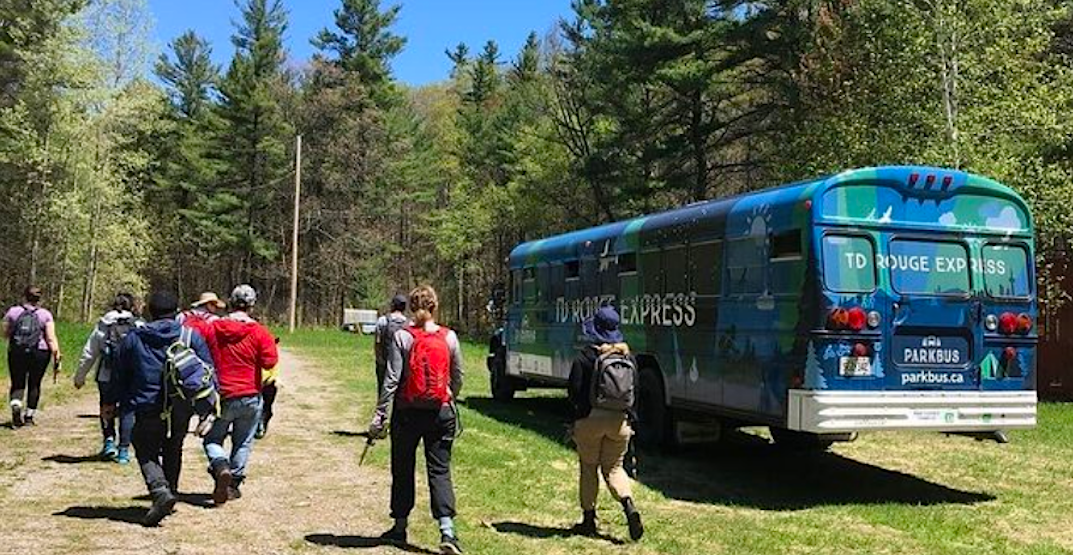 Torontonians will soon be able to hop on a free bus to either the Toronto Zoo or Rouge National Urban Park, thanks to a service launching later this month.

National bus operator Parkbus, in partnership with TD and outdoor retail brand MEC, is planning to bring back its free seasonal bus service to Canada’s only urban national park and introduce a brand new service to the Toronto Zoo.

The services, which will run on Saturdays, Sundays, and holidays, will have two buses running each day until Labour Day. However, that may be extended until Thanksgiving, Parkbus CO-Founder Boris Issaev said.

The free shuttle to Scarborough’s Rouge Park launched a few years ago to help lower the barrier for Torontonians to be able to experience nature.

“The idea came from feedback from Torontonians that really want to get outside, but service like Parkbus can be expensive, and also from people that found Rouge Park fairly inaccessible — it takes over an hour to get there via TTC with multiple transfers,” Issaev told Daily Hive. “So we put two and two together, and with help from MEC and TD, this service is in existence, with now Toronto Zoo joining the partnership.”

In previous years, the bus has left from two Toronto locations: 34 Asquith Avenue, near Yonge and Bloor, and the MEC North York, near Bessarion Station.

Parkbus is aiming to have the free service up and running for the weekend of July 17. Schedules and reservations will be made available on their website in the coming weeks.