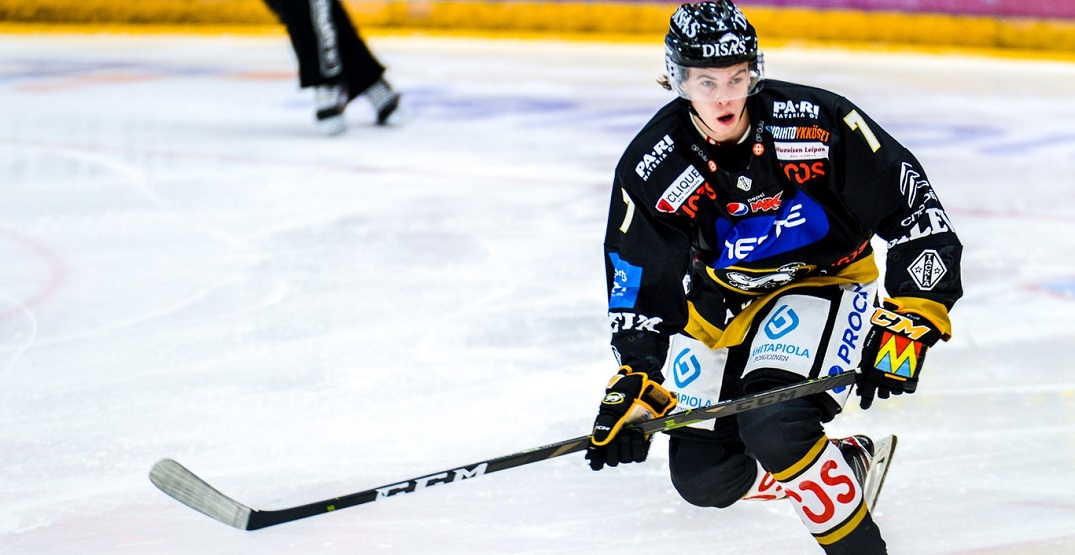 The World Juniors are just around the corner, and you can bet there will be a few storylines for Leafs fans to keep an eye on.

Sure, the days of Auston Matthews, William Nylander, and Mitch Marner representing their countries at the tournament might be long gone.

And with the Leafs near the top of the league standings right now, few fans are keeping their eyes on the highest-end draft eligible prospects available at the World Juniors.

But that doesn’t mean there isn’t something for Toronto fans to look forward to when the tournament kicks off in Edmonton and Red Deer on December 26.

Here are the prospects the Leafs have drafted over the last two years who are projected to represent their teams at this year’s World Juniors:

Ryan Tverberg is the lone Canadian Leafs prospect that has a shot at this year’s roster.On Tuesday, Tverberg was officially named to Hockey Canada’s projected lineup of 35 players.

Tverberg will still have work to do to crack the official Canadian roster, but he’s impressed in his sophomore season at Connecticut. One of three college players picked to Canada’s preliminary roster, Tverberg is tied for the scoring lead in Hockey East conference games, having put up seven goals and four assists in just nine games so far.

Last year’s bronze-medal winning team was led by Roni Hirvonen, who made a strong impression on Hirvonen put up seven points in his seven games. Hirvonen is set to feature as one of Finland’s top forwards this time around.

At just 5’9″, Hirvonen’s height is a natural talking point when discussing his future projection into the NHL. But he’s impressed every time he’s put on a Finnish uniform at the international level, which included scoring four goals in just three games at the 2019 Hlinka Gretzky Cup.

Like Hirvonen, Topi Niemelä is coming back for an encore. Named the top defenceman across all teams in last year’s World Junior tournament with two goals and six assists in seven games, the 19-year-old Finn was a standout.

Niemelä was actually the third Finnish player taken in a row by the Leafs back in 2020 (behind Hirvonen and first-rounder Rodion Amirov). He’s had a fantastic start to his offensive season in the top Finnish professional league, as he is currently tied for fourth amongst all players in scoring.

The youngest player on his Minnesota team, the freshman forward is currently second on his roster in goals, assists, and points.

He hasn’t had any international experience before for the Americans, but is looking to find his way onto the roster after being named yesterday to the preliminary Team USA list.