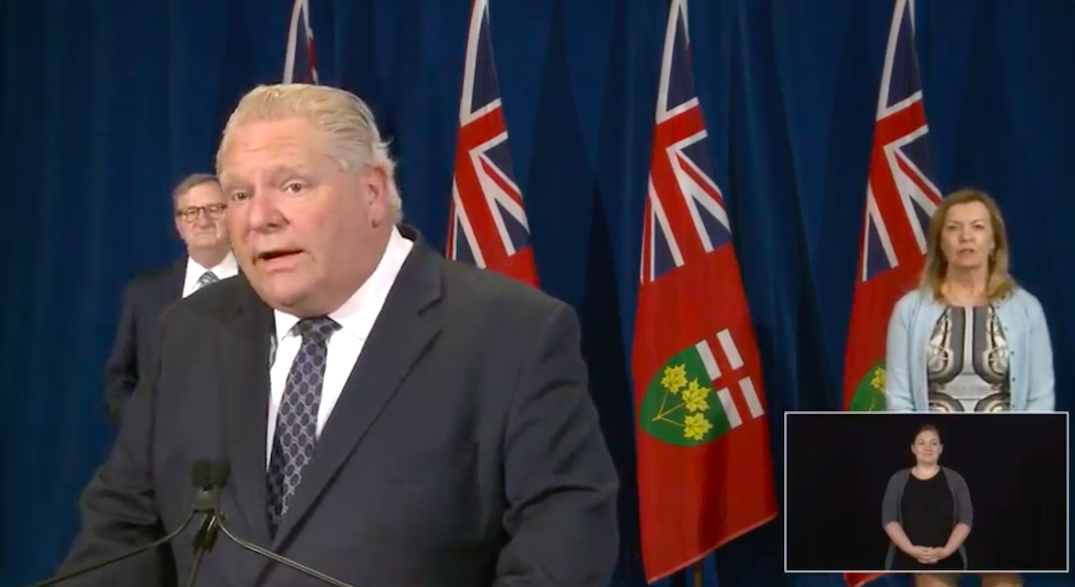 Ontario Premier Doug Ford said he is considering a regional approach for the reopening of the province’s economy, as testing numbers increase.

On Friday, Ford acknowledged that the “reality on the ground is different” in every part of the province.

“I am now comfortable with asking our officials to look at a regional approach for a staged reopening,” Ford said.

“This will be one option we consider as we move into Stage 2.”

Currently, the Greater Toronto Area public health units account for more than half of the province’s cases at 65.8%.

The premier said Ontario is able to consider a regional approach to reopening now that testing has increased across the province, with health officials looking into the new approach.

Earlier on Friday, 18,525 tests were done indicating some of the highest numbers of tests so far — the province has a capacity of 20,000 tests daily.

The premier said that he wants to know how the virus is spreading and how “each new case is infecting people.”

“Getting the numbers up is essential, the more data we have the better understanding we have and a better picture of what each region is dealing with,” Ford said.

With more testing the province will have a more “targeted approach” and better understanding of where resources are most needed.

The premier also said that he will take lessons learned from other places that have used a regional approach and use the advice of the Command Table.

However, he added that his not prepared to take unnecessary measures and will continue to have a gradual approach to reopening the economy.

To expand testing, Ontario is deploying mobile testing teams to COVID-19 hotspots across the province.

During the press conference, Ford said that mobile teams will provide swab testing and can be “rapidly deployed” to a specific neighbourhood, region, institution or workplace to enhance existing outbreak management.

This new strategy is part of the outbreak management for testing to ensure “rapid and agile” response in capacity for outbreaks.

The province released it’s new post-peak testing plan, Protecting Ontarians Through Enhanced Testing, to enhance surveillance and testing across the province in coordination with Ontario Health and Public Health Ontario.

Ontario is currently in Stage One of reopening the economy— there are three stages part of the Phase Two process.

Phase Two is restarting the economy in a phased and gradual approach.

For stage one, which began on May 19, select workplaces and outdoor recreational activities reopened.

For stage two, more workplaces and other outdoor activities as well as allowing some larger gatherings could be allowed.