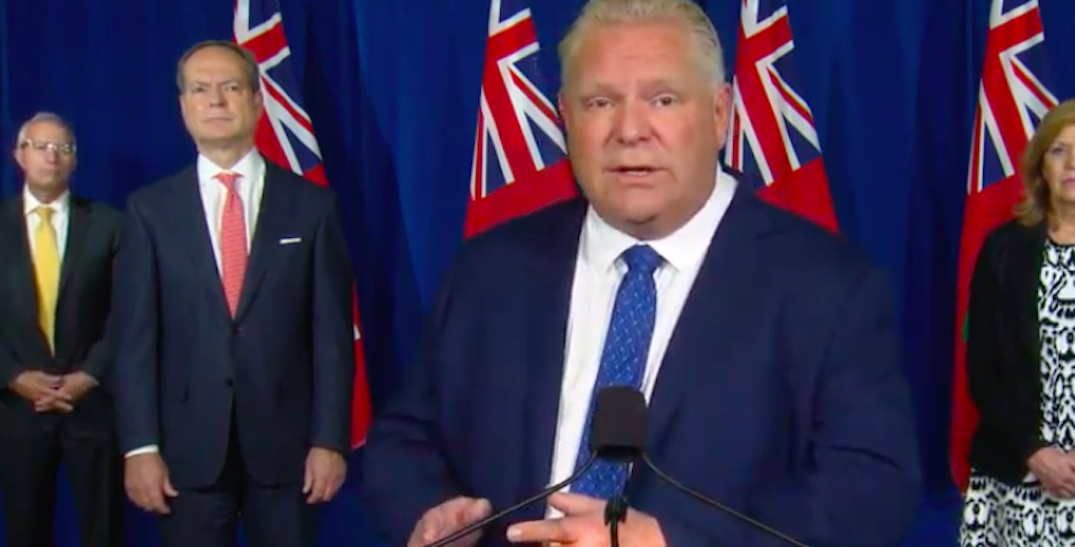 Premier Doug Ford said that if COVID-19 cases continue to increase before the holiday season he will not hesitate to “lock things down.”

On Monday, when talking to reporters Ford was asked if the coronavirus cases are influencing the government’s plans for the holiday shopping season.

The premier acknowledged that this time is difficult for businesses but it’s better to have a safe community than one where “the virus is totally out of control.”

Ford also said that it doesn’t matter how much the government plays a role in keeping the virus under control if people don’t follow the protocols.

“At the end of the day, we need to make sure we social distance, stay at home, not have large groups of people over.”

Health Minister Christine Elliot said that malls can be super-spreader spaces and said to do shopping online, “I know we do not want to miss out on a happy celebration but there are safe ways to do that.”

Ford added that with six weeks until the holidays’ people just need to be “super cautious” and gatherings with large amounts of people can’t happen.

Due to the rise in cases, starting today, Hamilton, Halton, Peel, and York will be moved into the red “control zone.”

Toronto moved into the red zone on November 14 but has additional restrictions imposed by the city’s top doctor, Eileen de Villa. They include closing indoor dining, fitness classes,  cinemas, and reducing gatherings to just immediate households with one or two essential supports.

There are a total of 95,496 confirmed cases of COVID-19 in Ontario reported to date.