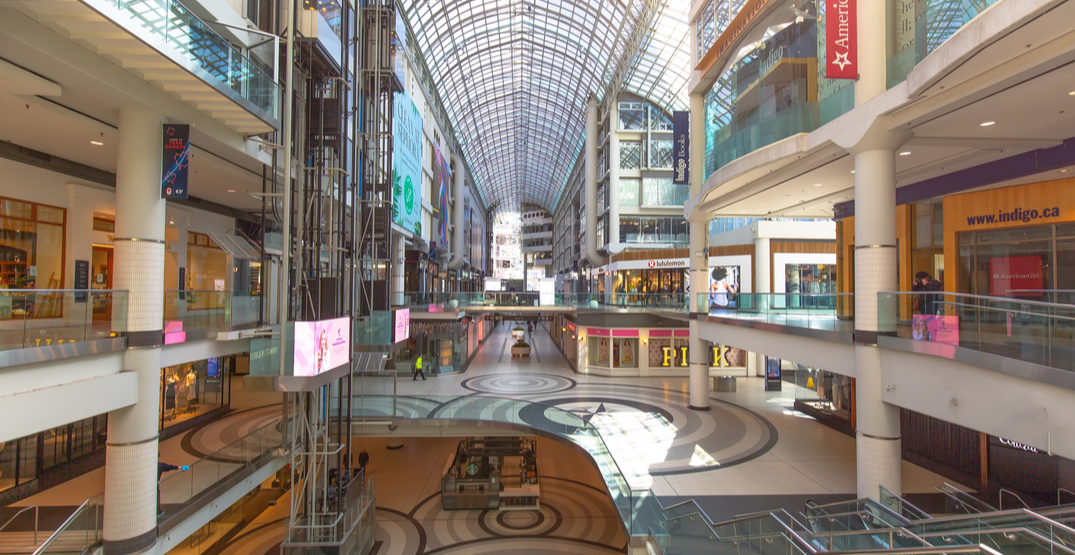 An empty Eaton Centre in Toronto amid COVID-19 pandemic. (Shutterstock)

The Government of Ontario confirmed 1,328 new COVID-19 cases on Sunday morning, breaking the single-day case count record for the second day in a row.

The province reported 1,132 cases on Saturday, which was the highest to date at the time.

This is the fifth time the province has reported more than 1,000 cases in a single day over the course of a week.

Toronto, York, Peel, and Ottawa were declared hotspots and placed in modified Stage 2, which means all indoor dining, gyms, and cinemas are closed for at least 28 days. That expired in York and Ottawa on November 7, and is set to expire in Toronto on November 14.

On Friday, Ford moved Peel Region into a red level under the province’s new COVID-19 guidelines.

Health Minister Christine Elliott said 39,200 tests were completed, below the 50,000 tests the province can currently do.

There are a total of 84,153 confirmed cases of COVID-19 in Ontario reported to date.