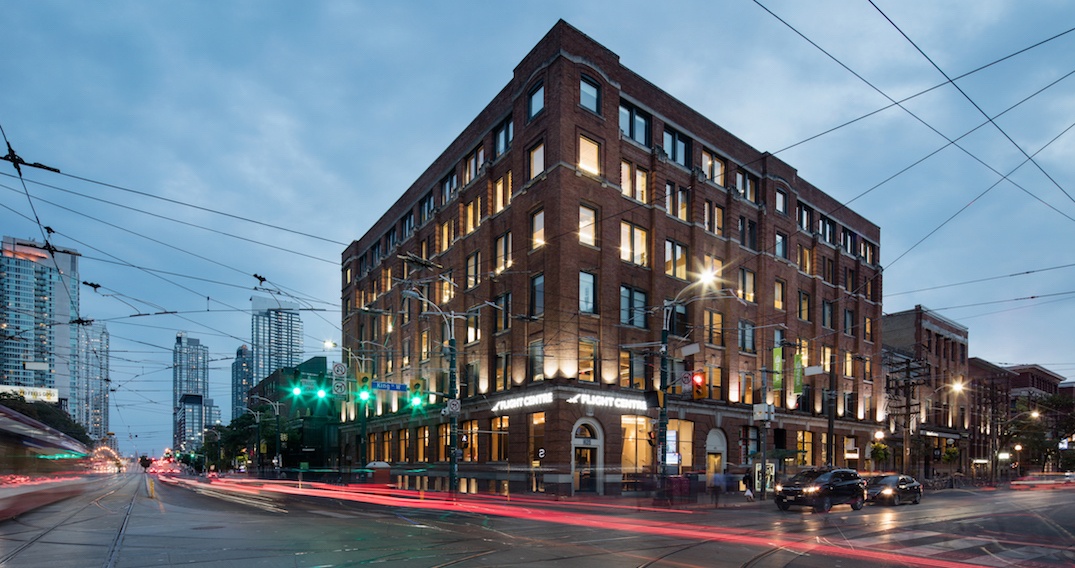 Flight Centre’s world-first flagship office is in the heart of Toronto.

And if you’ve been to the corner of King and Spadina recently, chances are you’ve walked by the travel company’s latest digs.

Located at 425 King Street West, the flagship centre is housed in a heritage building, and is over 10,000 square feet in size. Exposed brick and large wood beams from the original establishment still fill the space, which is now a mixed-use planning and events space used by the international company.

Being the first of its kind, Flight Centre Canada President John Beauvais said that they first had the idea of consolidating offices into one location in New York. 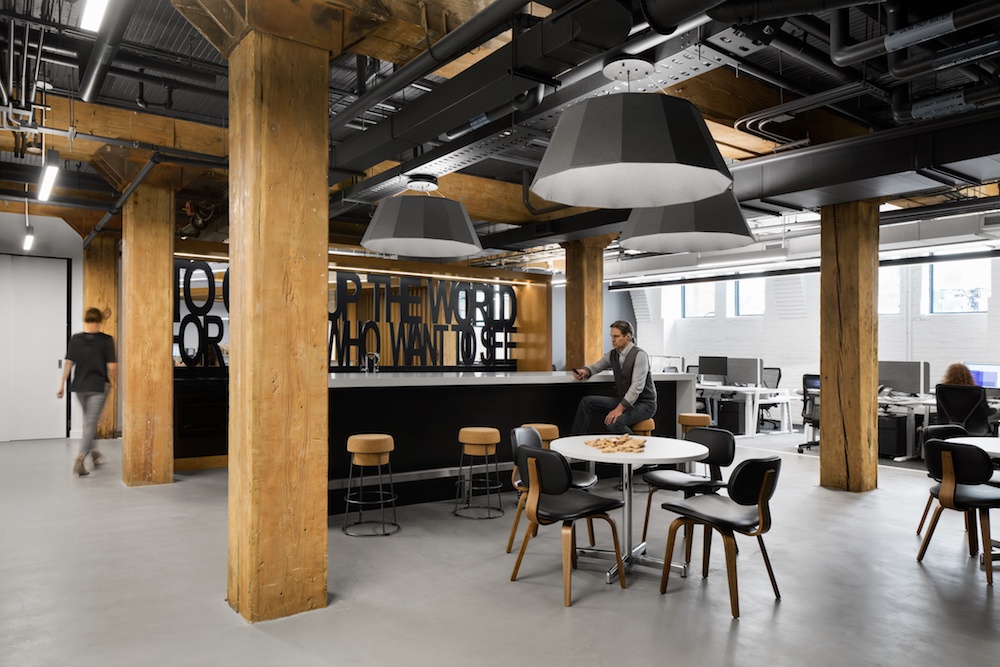 “We had a number of offices in Manhattan of our various businesses, and we wanted to consolidate to one location,” Beauvais said. The multi-brand space first opened in Manhattan in 2009, and Beauvais lived there then while working in the newly designed space.

“It was a great success,” he told Daily Hive. “I got to see the evolution of the space and how it worked in terms of telling our company’s history and our story, walking through the various operations.” 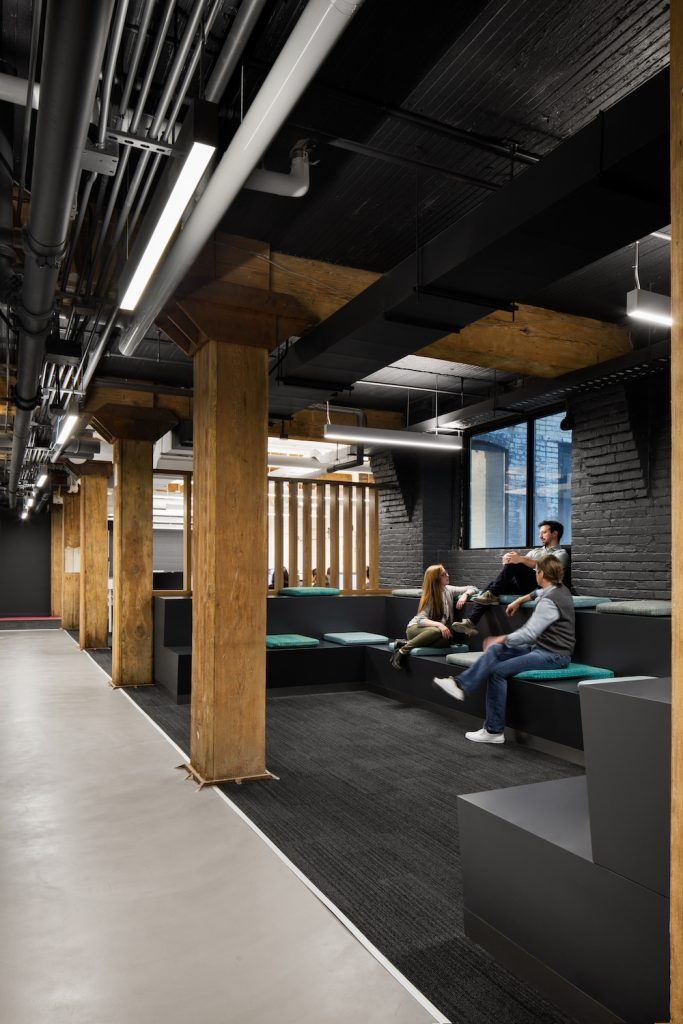 Since then, Flight Centre has opened similar spaces in Boston, Philadelphia, LA, and Chicago. It was a year and a half ago that Beauvais and his team discovered the heritage building along King Street West. “When we saw this beautiful building, I saw the opportunity to realize the full vision that I thought we could have with the travel centre, which is to have this open space,” Beauvais said.

Owned by Allied Properties, the two-levels were previously used as demonstration spaces. Since taking over, it has transformed into Flight Centre Canada’s largest combination of retail and corporate operations, all while also being kept as an event space. 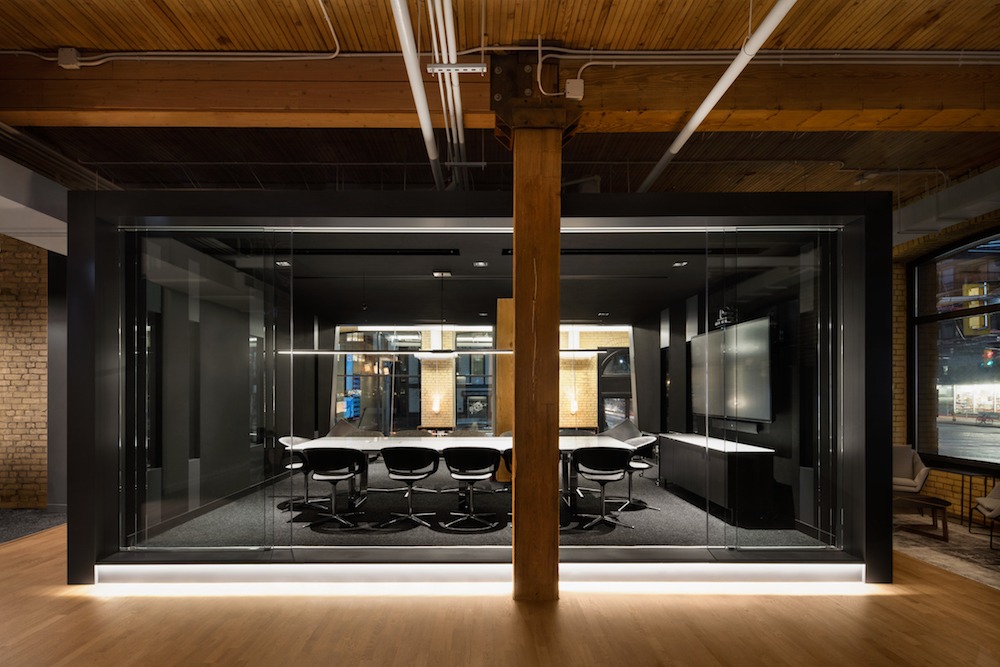 But Beauvais said that the work is still in progress, and the space continues to evolve. The company president continues to use inspiration from all around him to shape the company’s new King Street home.

“There’s a lot of inspiration, most of it comes from our company’s heritage, some of it comes from my love of the movies and film, in particular Wes Anderson films, like Life Aquatic,” he said. And yes, The Life Aquatic with Steve Zissou is felt throughout the space, especially the upper level.

There’s a “Map & Charts Room” and a “Travel Library” which both have aquatic inspirations behind them. And for those who look closely, there’s even a copy of a DVD of The Life Aquatic on one of the library shelves. 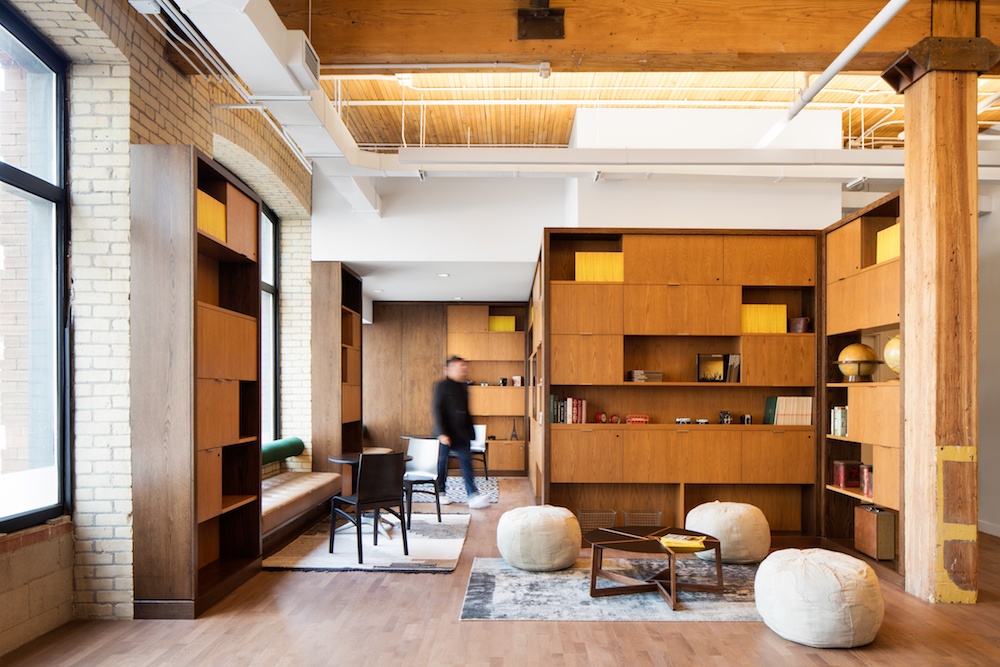 Although there are no known world renowned oceanographers at Flight Centre’s new offices, which had its grand opening on September 25, it’s an open concept that invites travel from the moment you walk into the building.

With floors decorated in passport stamps, it immerses you into the world of travel and your own Steve Zissou adventure. 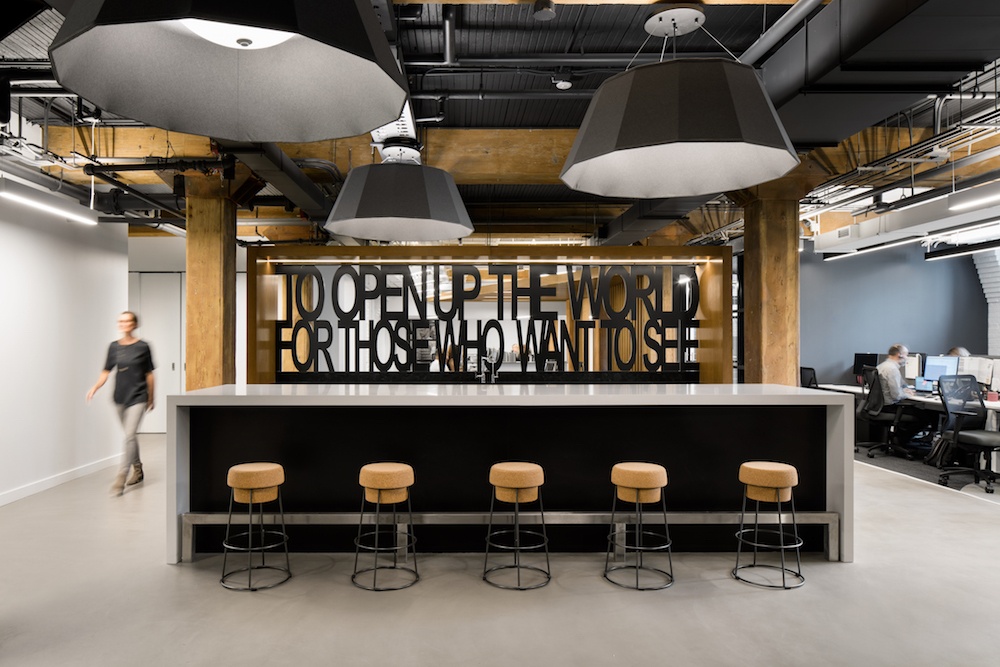 “We really want to have an aspirational travel space, in addition to a really great place to work,” said Beauvais, adding that there are generally between 50-60 staff in the office on any given day.

“We’re really proud of this space and really excited for what it’s going to do for us here in terms of bringing lots of people through to experience it, so we can tell our company’s story,” he said. “Not just the Flight Centre brand, but some of our more business to business operations, and really talk about the Flight Centre Travel Group as a whole here in Canada.” 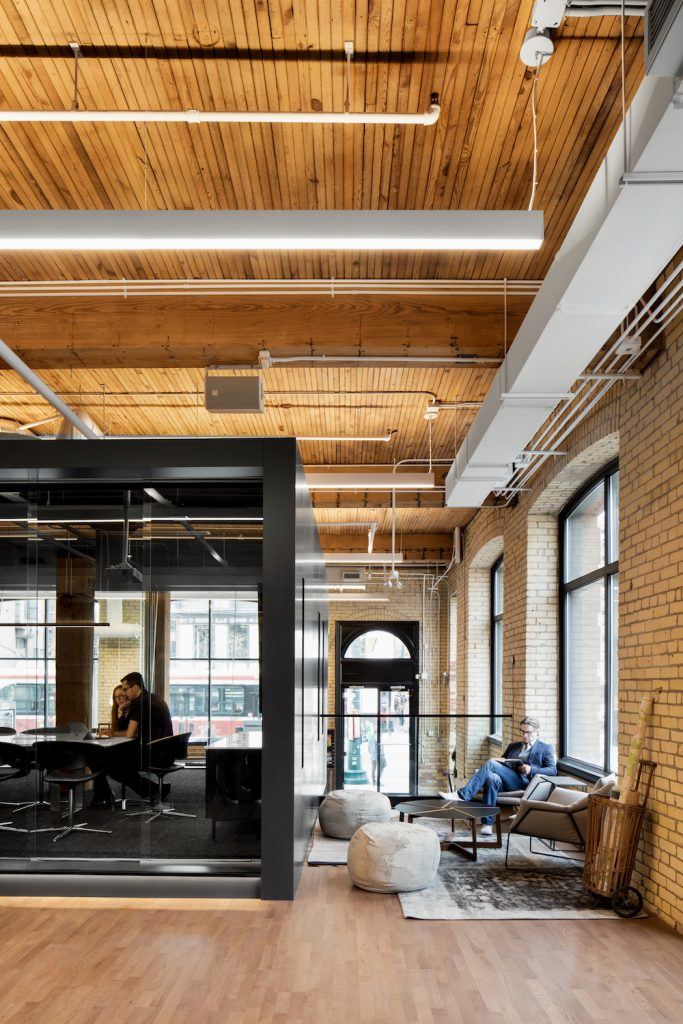 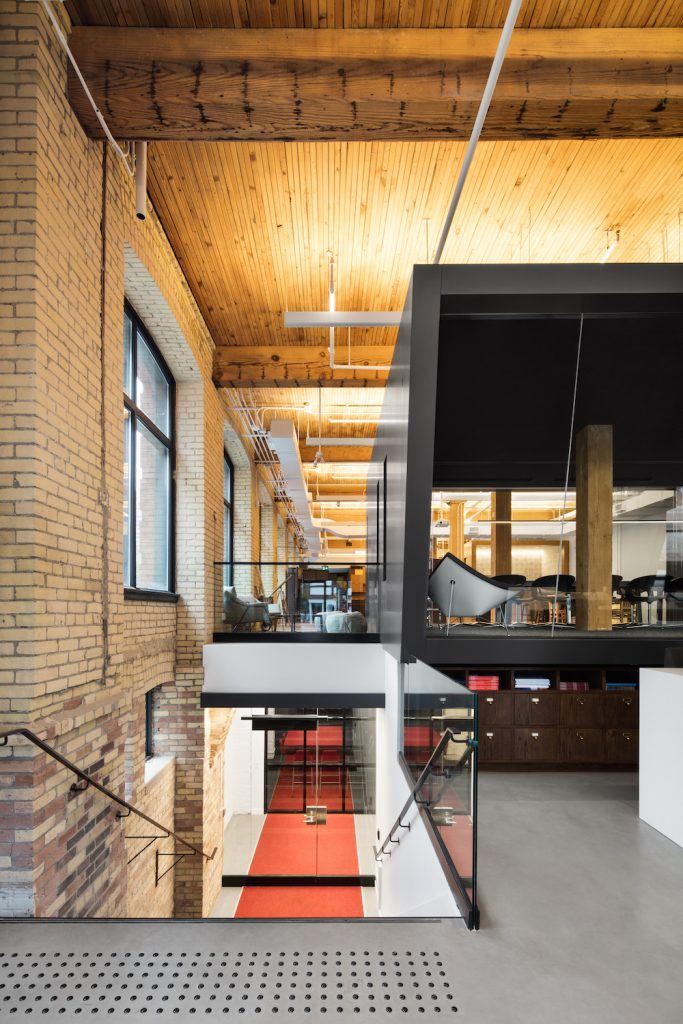