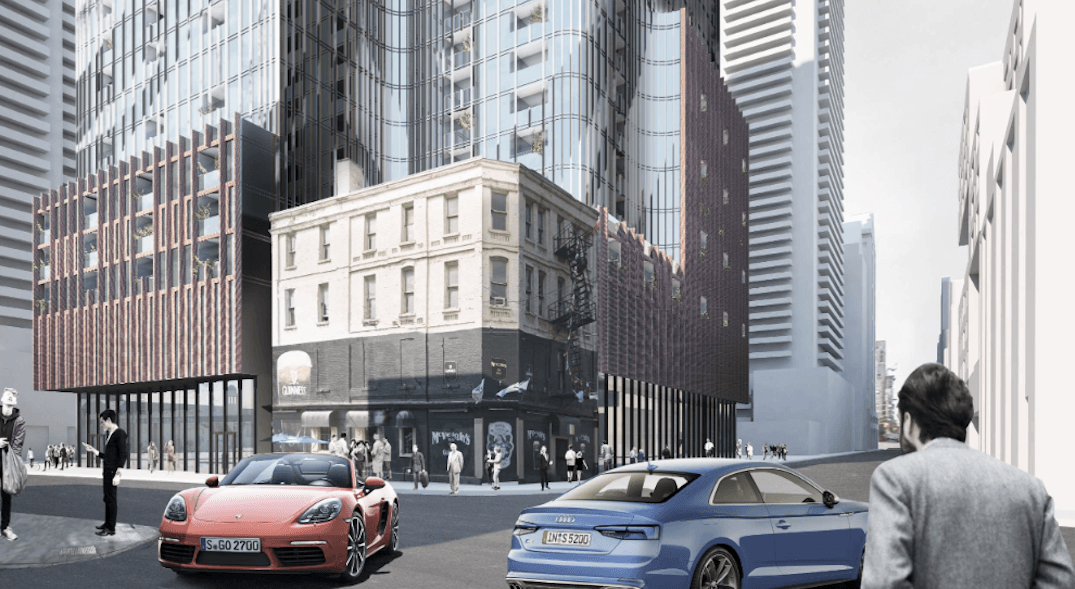 A site that’s currently occupied by a parking lot at the corner of Church and Richmond may soon be home to a mixed-use development.

According to a recent zoning by-law amendment application to the City of Toronto, the Madison Group is looking to develop a 45-storey mixed-use residential tower at 114 and 120 Church Street and 59 Richmond Street East.

Surface parking lots are located at 114 Church and the Richmond Street location, while a 3-storey commercial building is occupying 120 Church Street. According to the application’s cover letter, “the current uses represent a significant underutilization of land within Downtown Toronto and in proximity to higher-order transit infrastructure.” Madison Group’s proposal aims to revitalize the subject site with a new mixed-use development, “while sensitively responding to the existing fabric of the downtown.”

The requested rezoning would permit the redevelopment of the site with a mixed-use residential building with retail and commercial uses. The building would include a total of 567 residential units that are proposed, with a mix of 1-, 2- and 3-bedroom unit types. It would also include 129 parking spaces within three levels of underground garages, and 584 bicycle spaces are proposed within the development.

The proposal also includes a Privately Owned Publicly accessible Space (POPS) for the southeast corner of the building at Church and Lombard.

While the building may look too high in comparison with that surrounding neighbourhood, the application states that from an urban design perspective, “the proposed tower height and massing will fit harmoniously within the existing and planned downtown built form context east of the Yonge Street corridor.”

And it sure beats a parking lot.